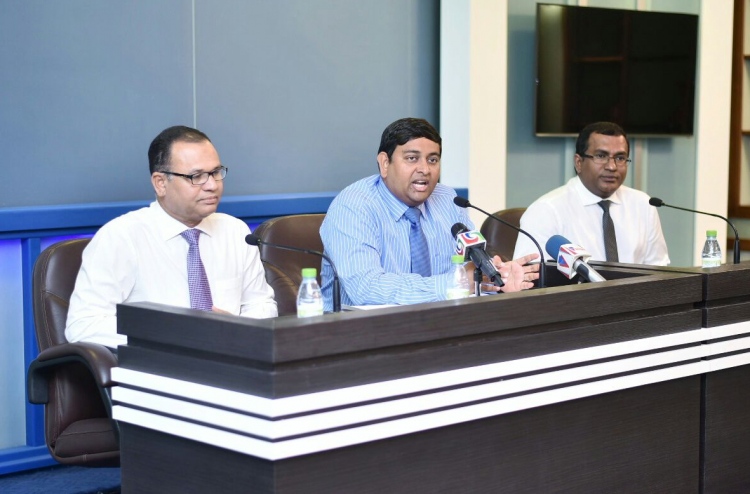 The state representatives at a previous all-party meeting. FILE PHOTO/MIHAARU

President Abdulla Yameen on Wednesday against extended invitations to commence all-party talks, this time without imposing any prior conditions.

Speaking at a press conference at the President’s Office, the state representative, Minister of Fisheries and Agriculture Mohamed Shainee, announced that the president has also extended the invitation to his half-brother, former President Maumoon Abdul Gayoom, unlike the previous times.

In a letter that was sent to all the political parties and former President Maumoon on Wednesday, the President’s Office requested the parties to submit in writing their suggestions and amendments for reform before the talks.