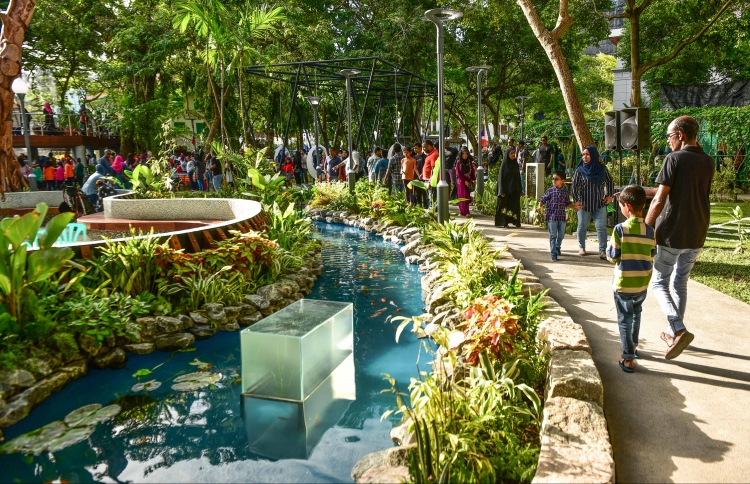 The government has announced the entrance fees to be charged from expatriates at “Rasrani Bageecha”, the newly revamped and reopened former “Sultan Park” in capital Male City.

The renovated historic ground is freely accessible for all local citizens, but foreigners will be charged an entrance fee of MVR 75 on weekdays and MVR 100 on weekends.

The former Sultan Park was built on the southern side of the demolished grounds of a 16th century Royal Palace, after the Maldives ended the sultanate and became a republic in 1968. This marks the first time for the park’s name to be changed over the past 50 years, with “Rasrani” being a colloquial term for “kings and queens” in local Dhivehi language.

The most notable features of the revamped park include a massive fountain and a tree-house called “Rasrani View”, which includes classrooms, an art-deck with a view of the whole park, and conference rooms.