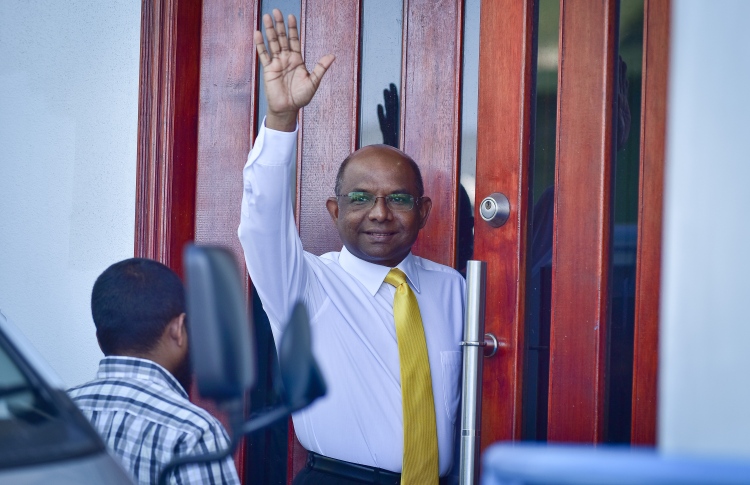 Member of main opposition Maldivian Democratic Party (MDP) and lawmaker of Henveiru North constituency, Abdulla Shahid, called on the government to disclose details of the agreements recently signed between the Maldives and China.

The governments of the two countries signed 12 key agreements during president Abdulla Yameen’s first state visit to China last week and weekend. The agreements include the landmark free trade pact between the two allies, and cooperation with China’s One Road, One Belt Initiative.

In an interview to Mihaaru on Tuesday, MP Shahid raised concerns over the government’s “secrecy” and lack of transparency regarding the agreements signed with China. Stressing the importance of keeping citizens informed of any pacts made with other nations, Shahid added that the favour of parliament should also have been properly sought prior to the signing.

Criticising the government for its “secrecy policies”, he said, “We only know the names of these agreements. We request to know the details. [The government] must give up its policy of doing everything in secret.”

Taking the agreement on establishing a joint ocean observation station in the Maldives as an example, Shahid claimed that many people have voiced concerns over it, such as the agreement’s potential in undermining the security of the Indian Ocean.

Other agreements signed between the Maldives and China include ways to enhance bilateral relations in the sectors of trade, socio-economic development and technology among others. One notable and unprecedented agreement was on the development of an Airport Economic Zone in reclaimed suburb Hulhumale. It has been awarded to Beijing Urban Construction Group of China, which is also the contractor of the expansion project of Velana International Airport.