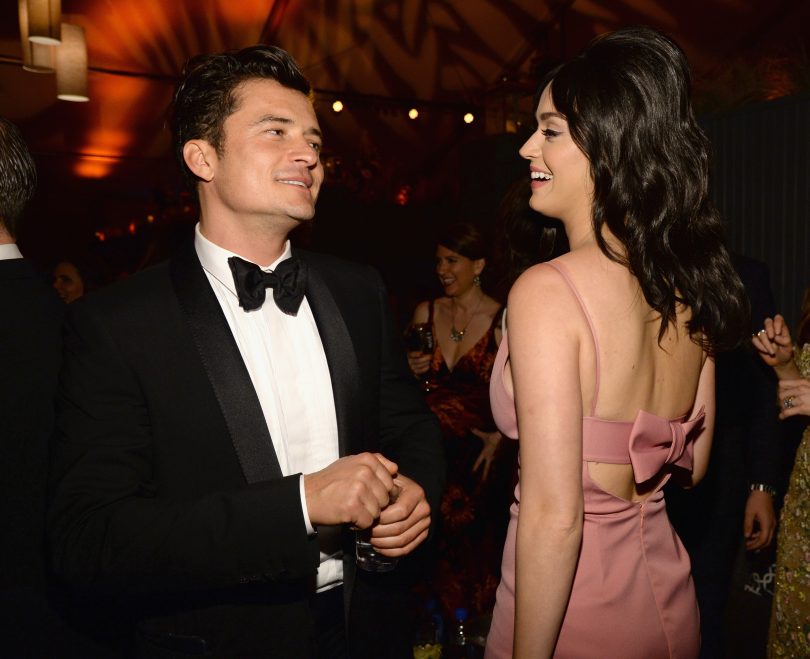 Even though Katy Perry and Orlando Bloom ended their romantic relationship about a year ago, it seems their connection is definitely not gone. The exes were spotted on vacation together in the Maldives this week, hanging out and enjoying the warm weather.

According to E! News, a source confirmed, “Katy was in Dubai and then stopped over in Maldives where she met up with Orlando.” She was just a few hours away, so she swung by to catch up with her old flame. What a life.

“Katy and Orlando have never lost touch and it’s nothing serious,” according to an E! News source. “They keep in contact frequently, and Orlando is understanding of her crazy schedule right now. It’s pretty casual between the two.”

Someone even caught the pair grabbing a bite together despite their baseball cap disguises.

After the two split last February, Perry cleared up rumors about any bad blood between them saying, “U can still b friends & love ur former partners! No one’s a victim or a villain.”

This isn’t the first time Perry and Bloom have been seen together since their split. In August, they went to an Ed Sheeran concert together and were spotted kissing and holding hands.

“Well, you know, I think people are in and out of your life,” she explained on “The Morning Mashup” at the time, according to People. “It’s nice to keep people you love around you. When you get older, lines get blurred. And you know what, I’m really busy. I’m about to go on tour for another year.”

If “keeping it cool” involves a quick swing by the Maldives, that actually kinda sounds ideal.