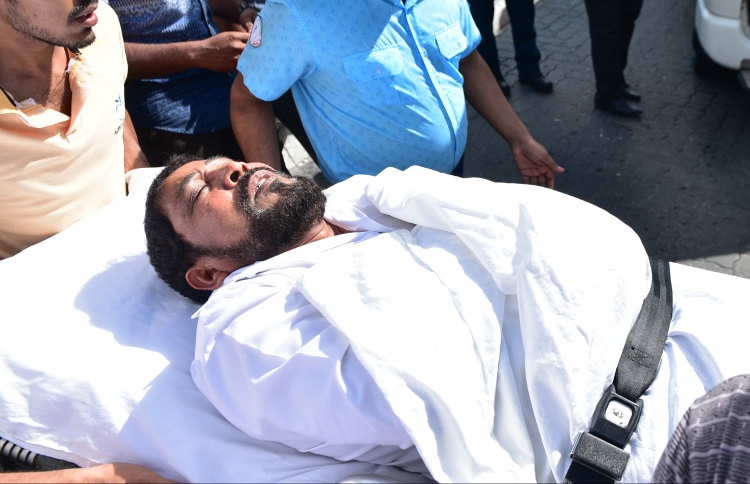 Opposition Jumhoory Party (JP)’s leader Qasim Ibrahim’s heart surgery was successful and he is currently in recovery, his family confirmed on Wednesday.

Speaking on behalf of Qasim’s family, JP’s Secretary General Ahmed Sameer said that Qasim was taken in to surgery early on Wednesday morning, and that “everything went smoothly.”

According to Qasim’s doctors, he suffers from coronary artery disease, which causes the main arteries of the heart to narrow. The doctors had told his family that his condition was critical, and that he was at the risk of having a sudden heart attack.

Qasim was granted a 10-day medical leave after being hospitalised at the state-run Indira Gandhi Memorial Hospital (IGMH) for several days following the Criminal Court’s verdict sentencing him to three years, two months and 12 days in jail. However, his verdict had ordered authorities to make arrangements for the opposition leader to be sent abroad for treatment immediately.

His family later appealed to extend the medical leave to three months as he needed time to recover and rehabilitate from his cardiac problem, which require several tests and procedures to be done.

The former Maamigili MP was only granted an additional 10-days to his medical leave after his lawyers filed the medical documents and letters signed by his doctor confirming his diagnosis, at the Maldives Correction Service (MCS).

The opposition leader was initially advised to get an angioplasty and remain hospitalised until he recovers; however, it is not clear whether this was the procedure that he underwent on Wednesday.