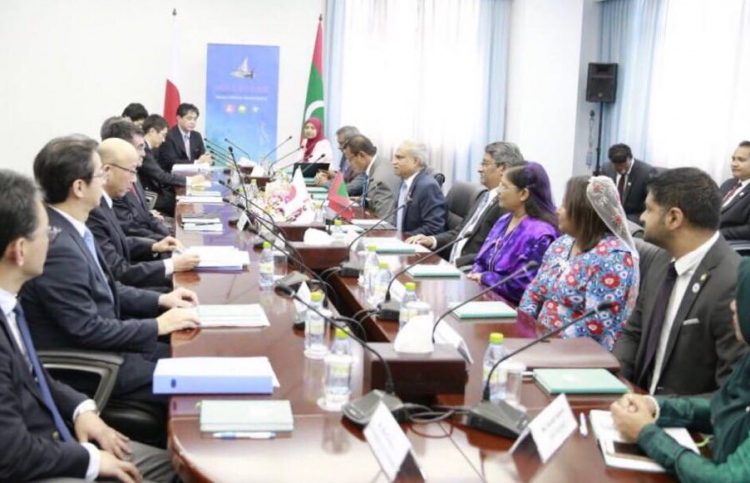 Diplomatic discussions were held on Saturday between Japan and the Maldives during Japanese foreign minister Taro Kono’s official visit to the archipelago.

At the ceremony held at the foreign ministry, minister Dr Mohamed Asim led the Maldivian delegation while Taro headed the Japanese delegation.

Both countries decided to hold further talks in order to strengthen interrelations between them. The talks to be held annually would focus on political, economic and international relations issues related to Japan and the Maldives.

During the meeting, the delegations addressed regional and international relations of both countries, tensions between Japan and North Korea, terrorism and climate change.

Minister Asim appreciatively pointed out how Japan’s foreign aid on several occasions had helped establish development in the Maldives. Asim further stressed the importance of Japan’s aid to small countries such as the Maldives for socioeconomic progress.

It marked the first time that a foreign minister of Japan visited the Maldives. During the one-day stay, Taro also paid a curtsey call on President Abdulla Yameen.