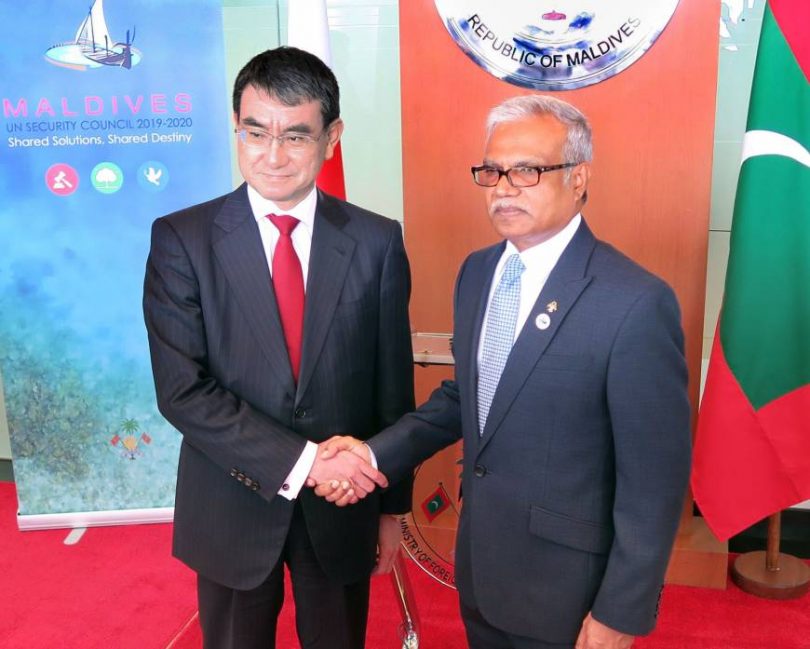 “I would like to further strengthen the cooperative relationship to realize the strategy,” Kono said at Saturday’s meeting, referring to the latest initiative launched by Prime Minister Shinzo Abe.

It is the first time a Japanese foreign minister has visited the Indian Ocean island chain, which is situated near a key shipping lane economically important to Tokyo. No prime minister has made an official visit to the chain yet.

Under the Indo-Pacific strategy, Japan is seeking to cooperate with countries that share similar values, such as the rule of law and democracy, to contribute to stability in a wide area stretching from East Asia to Africa.

After the meeting in the Maldives capital Male, Kono told reporters he and Asim agreed on their views over the Indo-Pacific strategy.

The strategy is being promoted as China strengthens ties with Indian Ocean countries, including the Maldives. Chinese President Xi Jinping paid a visit to the country in 2014, and the two signed a free trade agreement in Beijing last month.

Kono’s visit to the Maldives was the last stop on a trip that also took him to Pakistan and Sri Lanka.