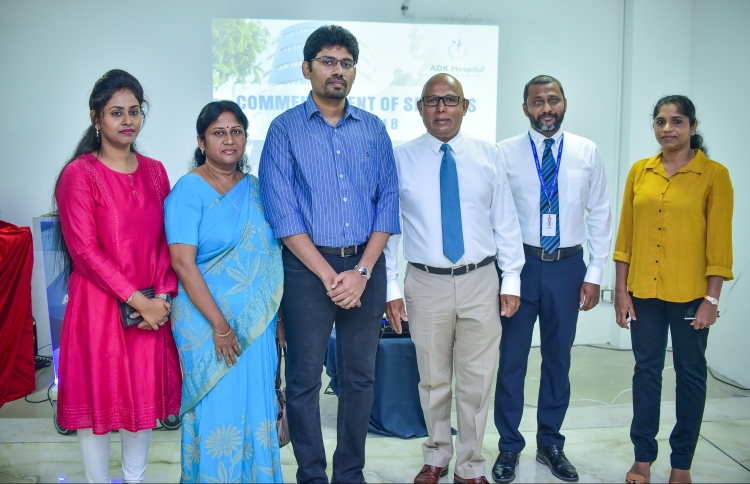 The family of the late Dr Pandian (L) pose for a picture with senior officials of ADK Hospital. PHOTO: NISHAN ALI/MIHAARU

Privately run ADK Hospital inaugurated its new building on Sunday, which was named after its longest-serving physician, the late Dr R.J.C Pandian.

The eight-storey building, which was developed with a loan from the German Development Bank, was named the Dr Pandian Wing. It was unveiled during the ceremony by the distinguished doctor’s wife and children.

Hailing from India, Dr Pandian had served in the hospital for 27 years before he passed away in 2014. He was the first doctor in Mediclinic, which opened in 1987 before it was expanded and rebranded as ADK Hospital. Renowned and beloved by locals, he was serving as the medical director of ADK at the time of his passing.

Speaking at the inauguration, Dr Pandian’s son thanked ADK Hospital for honouring the memory and services of his late father. He declared it a great honour.

ADK Hospital’s chairman and Komandoo MP Ahmed Nashid proclaimed that expatriates play great roles in the development of the Maldives. Highlighting that a significant number of expatriate workers are employed in the education and health sector in the country, he declared that Maldivians must acknowledge and appreciate their work.

Lauding the services of Dr Pandian, Nashid stated that the new building would bear the doctor’s name as long as ADK Hospital stood.

The inauguration of the wing coincided with the anniversary of Dr Pandian’s passing. 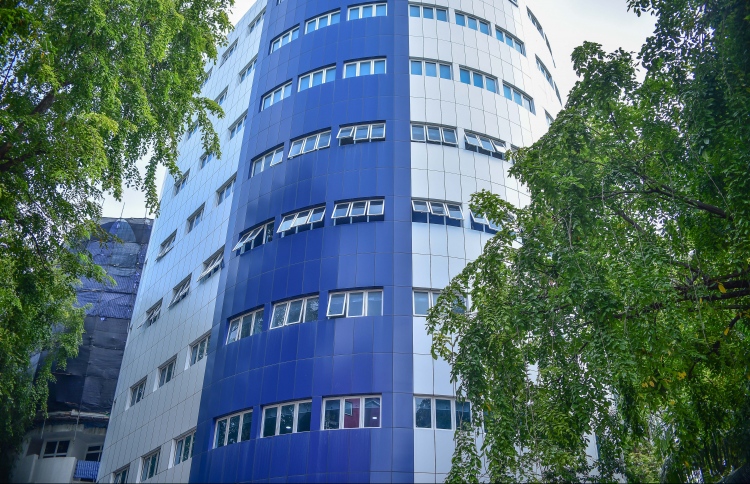 ADK Hospital’s managing director Ahmed Afaal declared that the new wing boasted top quality wards on par with state-of-the-art hospitals in the South Asian region. While the hospital had opened only the second, sixth and seventh floors, for the time being, Afaal revealed that the finished building would boast total 60 beds.

The second floor provides medical check-ups and medical screening, while the sixth and seventh floors feature the wards. Afaal revealed that wards would also be opened on the eighth floor.

Afaal stated that the Dr Pandian Wing would be specialized mostly for inpatients. He highlighted that lack of sufficient space for patient admissions was the greatest hindrance for ADK Hospital, which also posed problems for surgeries and operations. The new wing is expected to greatly resolve the issue. Afaal declared that the completed building would be opened soon with more services, including a theatre complex to perform heart surgeries.

The next service to be opened in the new wing is ADK Hospital’s prominent Food Corner Restaurant. Afaal added that the restaurant would also prepare meals for patients with the aid of dieticians.