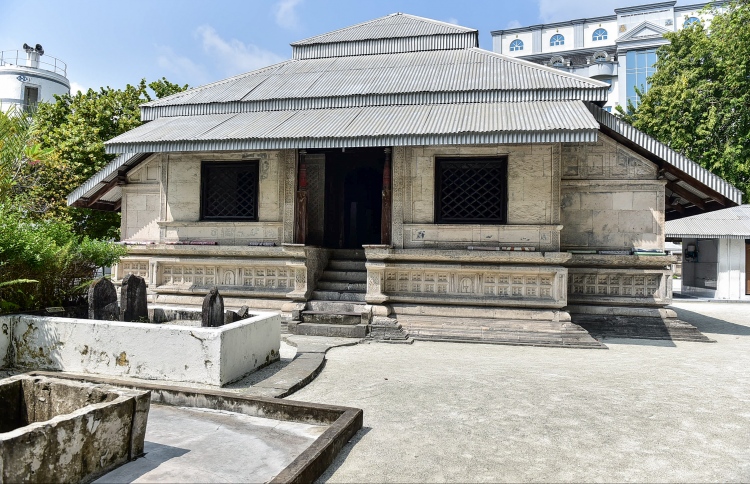 The original Dhivehi article was published on Mihaaru.com website on 29th November 2017.

What makes this nation Maldivian is because of its mother tongue, long history, rich culture, the craftsmanship, remarkable architecture, pleasant artistic decorations, impeccable handiwork on the design masterpiece of our ancestors, sentimental poems and the unity amongst us Maldivians. All this proves we Maldivians are quite incredible people. It proves that Maldivians also contributed to the enrich human civilization. Without these, we cannot be called Maldivians. It is our identity. If we don’t have these we would be insular mere island folks.

Our ancestors handed this country to us not like an empty shell without anything inside it. They got hurt and injured, spilt their blood and sweat, to build it and left it to us as a sovereign nation, with a rich heritage. Along with it, and a prideful history.

Ali Rasgefaanu Ziyaaraiy (his tomb) tells a part of a story of Maldivians’ past. It was the portion of the story that strained through the vast history and reached us. And about Boduthakurufaanu* Ziyaaraiy or tomb? Every time you see his tomb, you are reminded of his national service and is overcome with patriotism. Without that memorial, Maldivian’s national story will be incomplete. Inside Hukuru Miskiy (Friday Mosque)’s parapet walls, the memorials and the gravestones, it sheds light on the history of the Maldives. In the Maldives story, the Hukuru Miskiy and what’s inside the parapet walls are important in many aspects. It talks about the great respect Maldivians held for their religion. Maldivian’s creativity. Maldivian’s knowledge. Maldivians history. Maldivian culture. All the stories that connect to this mosque. 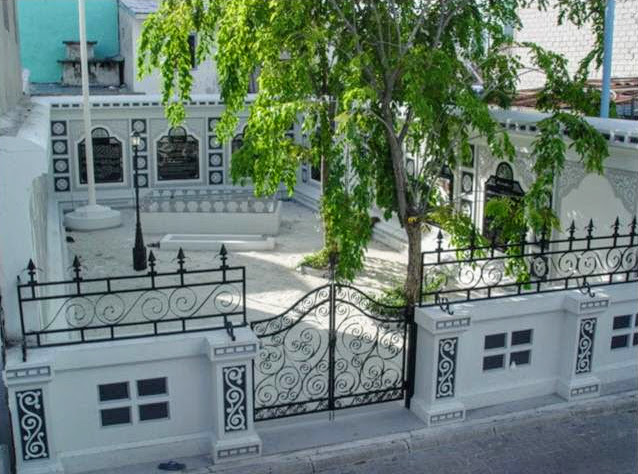 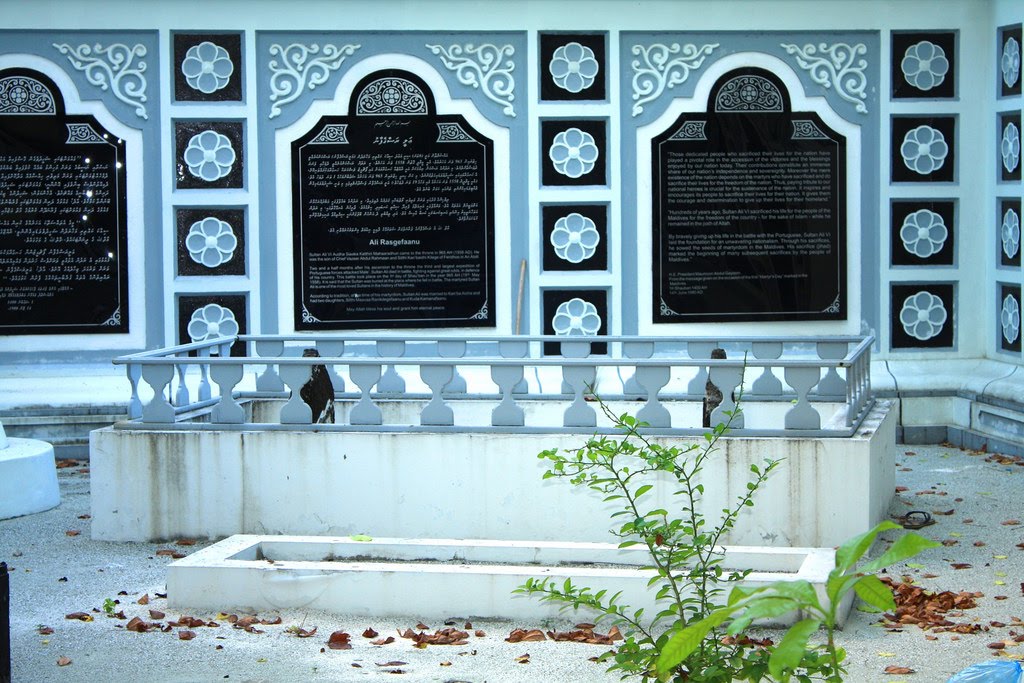 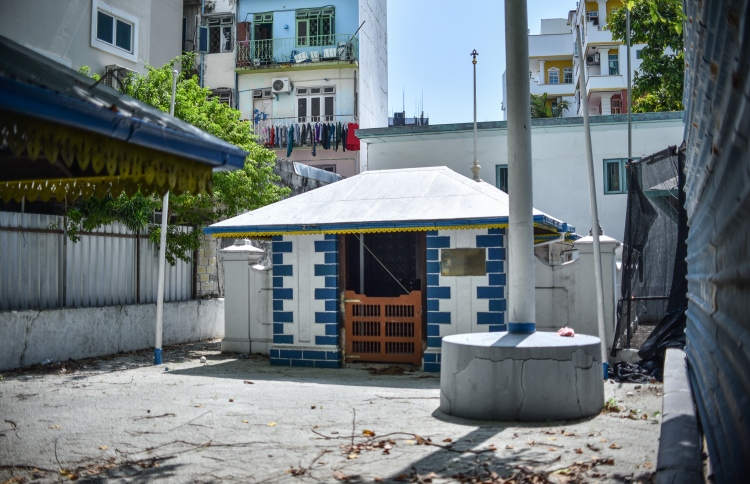 Maldivian history is not written down in a book. It is the legacy that has been passed down to us that sheds the tiniest bit of light on to our past. It is this legacy that tells us who we are. Maldives’ history has been painstakingly carved intricately and inscribed on the gravestones and the enclosure walls, inside the ancient mosques’ and the parapets of the walls. From those carvings and decorations, our ancestors’ stories can be learned. Every stone tells a Maldivian story. Without preserving them the Maldives story cannot be told confidently to the generations to come. 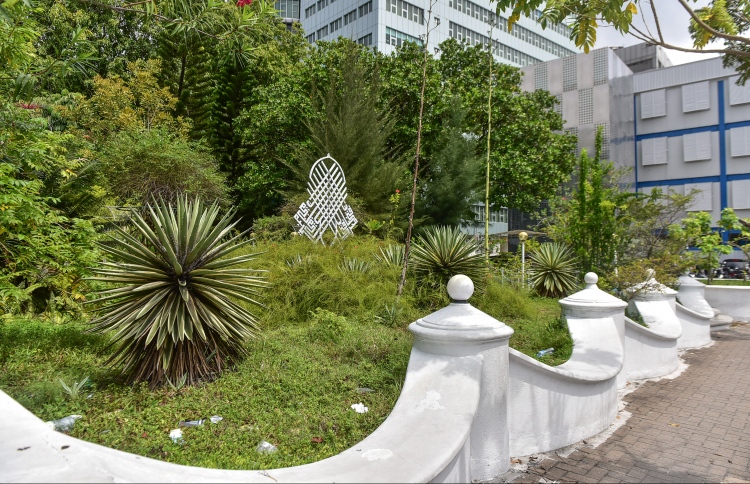 All this national treasure is now currently facing a huge threat. Some are already lost and gone. At the Martyr Ali Rasgefaanu memorial, a sewer pumping station is now being built. At the Boduthakurufaanu memorial, a high-rise complex building is to be built. At Friday Mosque grounds, a tea shop that sells Boakiba (fish pie) and where smoking is allowed is to be built. Kalhuvakaru Miskiiy* (black wood mosque) the beautiful historical mosque made out of Hirigaa (coral) is now demolished, debris put in sacks and bounded. 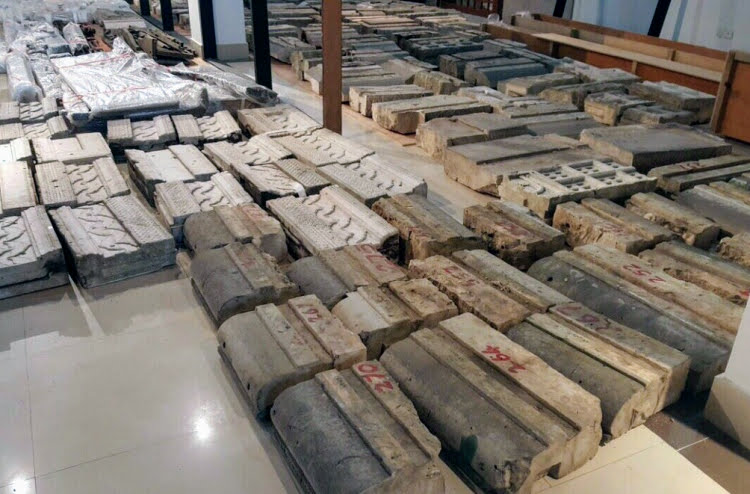 When these monumental places are destroyed, the prideful story of Maldives will also be being forgotten and lost. It will erase the Maldives’ past. It is kicking away the valuable work and service of our ancestors. As a result, our children would have no clue who they are and where they came from.

*Boduthakurufaanu is the common name of Sultan Al Ghazee Mohammed Thakurufaanu Al Azzam, the local hero who defeated the Portuguese, during their occupation in the Maldives.

*Kalhuvakaru Miskiy was once auctioned and Furana resort (current Sheraton Full Moon) bought it and was assembled there, later the government bought it back from the resort and re-assembled in Malé Sultan Park. Now it is again dismantled to make way for a proposed ice rink in the Rasrani Bageechaa (former Sultan Park). Coral stone buildings (mainly the mosques) can be dismantled and re-assembled just like Lego bricks.