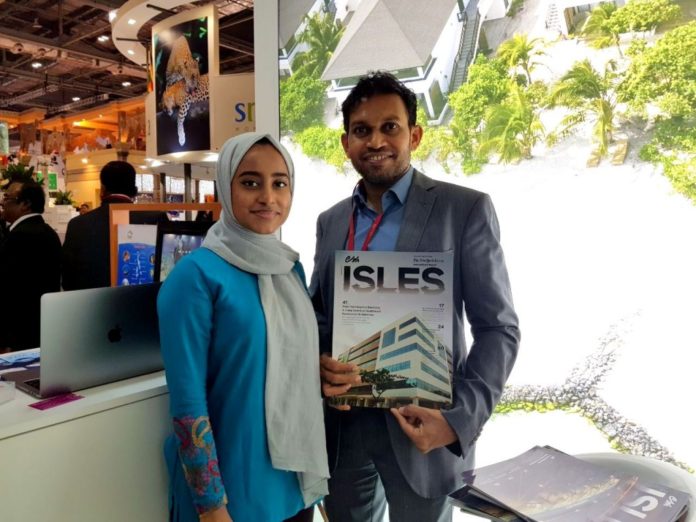 Maldives business magazine “Isles”, which is co-published by New York Times and “Avas” was launched at the World Travel Market (WTM) London 2017.

The Magazine was launched in WTM at the “Lets go Maldives” travel agency corner, by the company’s Managing Director Mr Ahmed Riyaz. The Magazine was handed over to him by Editor in Chief of Avas, Mr Adam Haleem (Mundoo). Isles magazine which will bring travel, economic and business news of Maldives to readers, is being distributed at the counter of Lets Go Maldives in WTM.

During the launching of “Isles”, Mr Riyaz said that the magazine is a good platform to share news from Maldives with other countries worldwide. He also thanked Avas for their initiatives in publishing the magazine. Lets Go Maldives is also the travel partner of Isles Magazine.