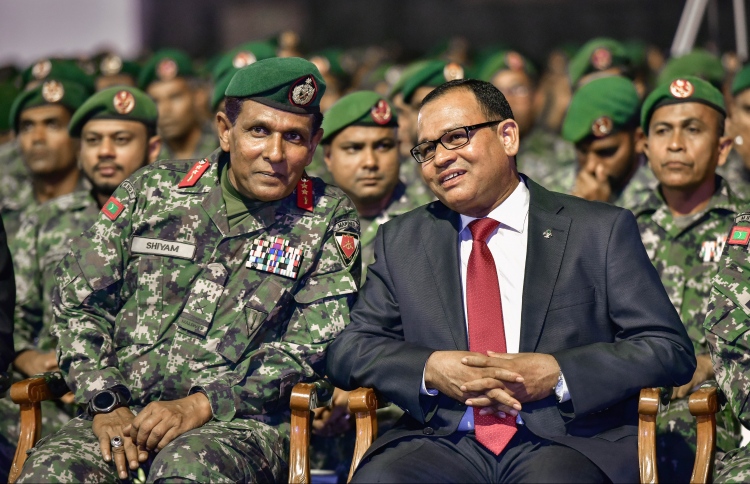 Speaking at the regional conference on counter-terrorism held at Kandooma Resort, Shareef said that terrorism is a global threat that is growing, and highlighted the importance of identifying tactics that are efficient in combating terrorism.

“We need to put a collective effort in tackling terrorism and extremism. We need to make our institutions stronger and our policies more specific – especially our foreign policies, if we want effective results,” the defence minister said.

Shareef had particularly mentioned the National Counter Terrorism Centre (NCTC) that was derived from a presidential decree and the enactment of the Prevention of Terrorism Act in 2016, as one of the top achievements of president Yameen in the fight against terrorism.

However, he noted that the legislature on terrorism could still be improved so that more effective action can be taken against offenders. He also said that exchanging intelligence amongst countries and keeping tabs on the information gathered on terrorist organisations would also be useful in the global efforts to counter terror.

Forty-six experts from 16 countries are taking part in the conference that is due to conclude on Thursday.

While president Yameen had established a state policy on terrorism and violent extremism and established a special centre under its auspice with the responsibility of coordinating the national efforts against terror, the Maldives still remains as the country with the highest number of insurgents per capita, who are fighting abroad in other country’s civil unrests.