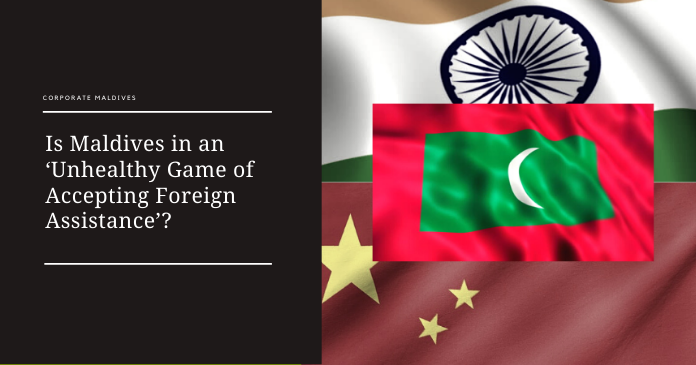 The Founder of China-Maldivian Culture Association and former Economic Minister Mohamed Rasheed has urged the Foreign Minister Abdullah Shahid to not indulge in “this unhealthy game of accepting foreign assistance on the basis of geopolitical competition.” His statement was made as a response to India’s $500m Greater Male` Region Connectivity project.

“We are too vulnerable. No strings to be tied to any assistance.” Concerned about the future, he further said that the nation’s sovereignty is more important than assistance for a few developmental projects.

According to Aljazeera, India had pledged $500m to fund the largest infrastructure project in the Maldives, as New Delhi seeks to counter growing Chinese influence in the Indian Ocean. The foreign ministers of Maldives and India said that the new investment – a grant of $100m and a new line of credit of $400m – was part of a financial package to build bridges and causeways linking the capital Male to three neighbouring islets.

President Ibrahim Mohamed Solih has stated that India is a peaceful country with development. “73 years since India began its tryst with destiny, India remains a beacon of hope the world over for its democratic values and contributions to peace and progress.” India and Maldives have had a strong bilateral relationship since the presidency of Ibrahim Mohamed Solih. 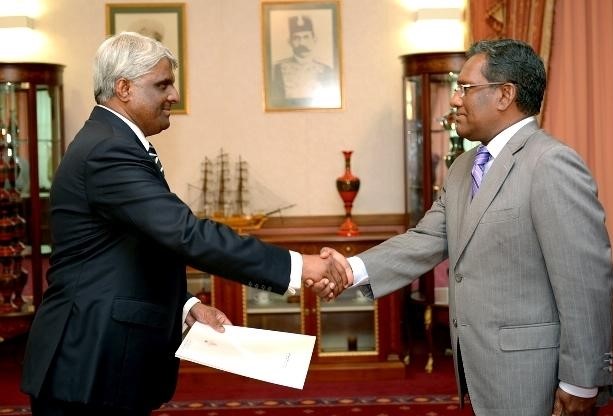 Rasheed, who was appointed by President Waheed as the Maldivian Ambassador to China and also filled the post of Economic Minister during former President Nasheed’s administration, said that “on behalf of peace-loving compatriots with humility, I request Abdullah Shahid to revive the spirit of SAARC, regionalism/multilateralism instead of pampering the biggest member of SAARC. People of Maldives do not believe in domination. We want to be equal partners of SAARC.”

In 2018, Prime Minister Narendra Modi announced a $1.4 billion financial assistance to the Maldives after he held extensive talks with President Ibrahim Mohamed Solih during which both sides vowed to deepen security cooperation in the Indian Ocean region. The prime minister said India is extending $1.4 billion as budget support, currency swap and line of credit for the social and economic development of Maldives. “We want greater trade ties with the Maldives. There are increasing opportunities for Indian companies in the island nation,” he said.

S.D. Muni, a South Asia foreign policy expert commented on the project by India saying “It will depend on what India delivers to the Maldives. So far as investments, it is welcome. We will see later on whether we have produced a product which can compete with the Chinese. It is for India to consolidate these gains.”