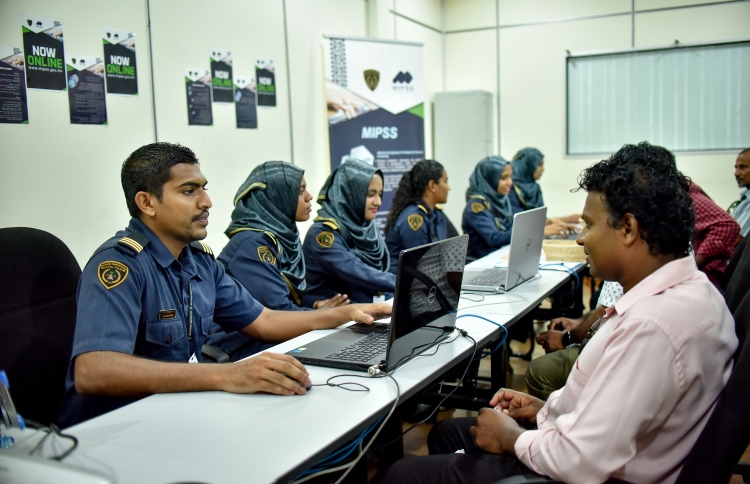 The original Dhivehi article was published on Mihaaru.com website on 30th October 2017.

There are those who make hundreds of thousands per month by bringing Bangladeshi nationals to work. This is a big and growing business here in the Maldives. Apart from the Maldivians, Bangladeshis living in the Maldives also partake in it.

Their business is supplying foreign workers for various Maldives jobs. They are careless in screening the health status of the workers. They do not care whether their CVs matches. Once the workers are brought in and handed over to the local employer the recruitment agency’s job is done there.

The workers are brought in through the registered agencies under the Maldives Immigration. Although they are registered agencies, since they are not properly monitored, it paves the way to human trafficking. When the activities spiralled out of control, Maldives Immigration Department did eventually take action; the issuance of employment visa for Bangladeshi foreign workers was restricted except for special purposes only.

However, that restriction is now lifted. They resumed allowing employment visas for Bangladeshi nationals after introducing, an Immigration initiative – a Maldives Immigration Pre-departure Security Screening (MIPSS) system. Immigration believes that after the adoption of the system, it will bring a solution for the human trafficking and issues related to foreigners that had taken place previously in the Maldives.

After revealing the new system, while speaking to Mihaaru news, an immigration official said, it will reduce path for human trafficking and bring a stop to attempts by foreigners who enter into the Maldives every time with a different name. Furthermore, details of Bangladeshi nationals who wish to come to Maldives for work can register in the system and their passport details and their biometric details will also be in the system. Moreover, a medical screening and a security clearance also need to be conducted prior to the worker’s arrival in the Maldives.

‘Before the foreigner enters into the Maldives, whether the individual had followed a security and health screening, can be verified at the airport now. The system is currently implemented only on Bangladeshi nationals arriving for work,’ the official said.

‘This is not a new system. New modules were added to the existing system in order to curtail human trafficking possibilities.’

Concerns raised for discontinuation of medical screening in the Maldives

With immigration’s newly implemented rules, Bangladeshi nationals medical screening needs to be conducted through a medical facility in their homeland, which has to be accredited by the Maldives Health Protection Agency (HPA). But how to verify the certificate’s authenticity issued by a Bangladesh’s medical facility? Are we to rely on their certificates?

Despite these concerns, Maldives Immigration says that with the new system, the issues that were faced earlier will be lessened. And added that they are not completely giving away the authority of health screening to the Bangladesh side. 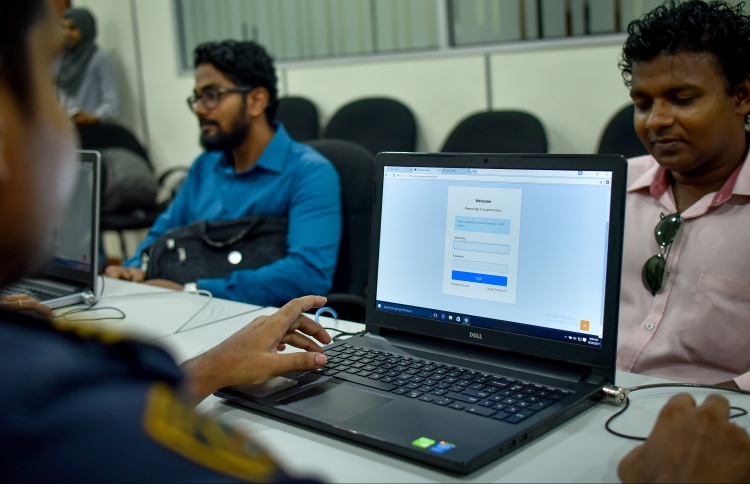 Foreigners who had been entering Maldives had been discovered to have Tuberculosis, Hepatitis B disease and HIV infection which causes AIDS. And many carrying such diseases had also been repatriated.

‘With this system, we are able to know whether the person had contracted TB or Hep B, at any point in their life. And such a person cannot enter into the Maldives. Many had been repatriated with such diseases,’ the official said.

The official said a foreign worker’s visa can be renewed after one year, upon presenting a health checkup. And if the medical checkup reveals a dangerous disease, then they will be sent back home.

‘The biggest difficulty which we still face even with the system is when the individual who was sent back due to a disease, reapplies. We won’t give the permit for such an individual,’ the official said.

The official said if a restaurant or a cafe wants to bring a foreign employee, they have the opportunity to apply for a permit by doing a medical for them. But, would those employers bear such an additional expense?

Unaccounted foreigners who enter the Maldives

We have always heard of complaints of foreigners being cheated off of their recruitment (application) fee. However, it kept going on like that as it was operated as a big business with the involvement of many.

The official said when the foreign worker is aware of the job details, there will be a reduction of demanding more money from the individual

‘In the past, once they receive a passport copy, they bring them in after making a work permit for them. When they arrive they have no idea who they are coming to work for, their work details, their salary and where they will be staying,’ the official said.

‘That is why it is easy to prey on such a person and ask for money. However, the foreigner coming through MIPSS will be fully informed.’ 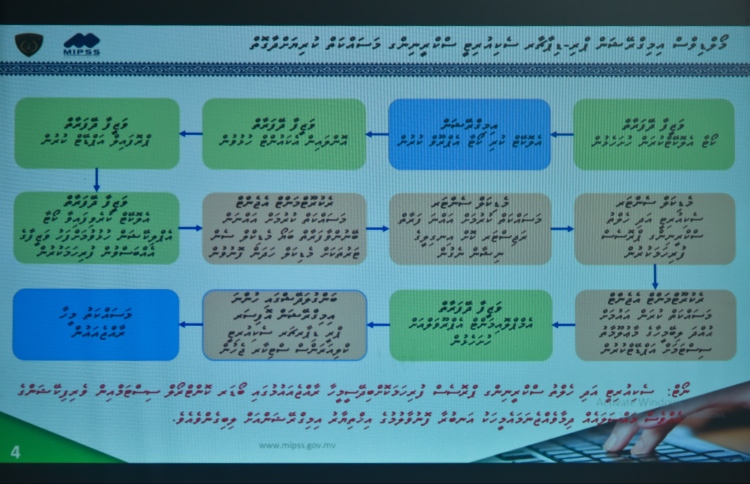 Demonstrating the flow diagram of the new system in Dhivehi

A Bangladeshi national can be brought to Maldives for work only through MIPSS, from an authorised recruitment agency of Bangladesh. Through the system, the agency will be picked randomly. Likewise, 5 Bangladesh agencies had been given licensed to recruit by Maldives Immigration.

‘We will be monitoring their work from here. And if we receive complaints against an agency, we will investigate and blacklist them or take other action against them,’ the official said.

Immigration said the main purpose of the new system was to follow necessary steps prior to the foreigner’s arrival in the Maldives.

Along with the newly implemented foreigner immigration rules, there are also concerns raised. In spite of those, Maldives Immigration believes that with the new system, the issues that were faced earlier can be minimized.