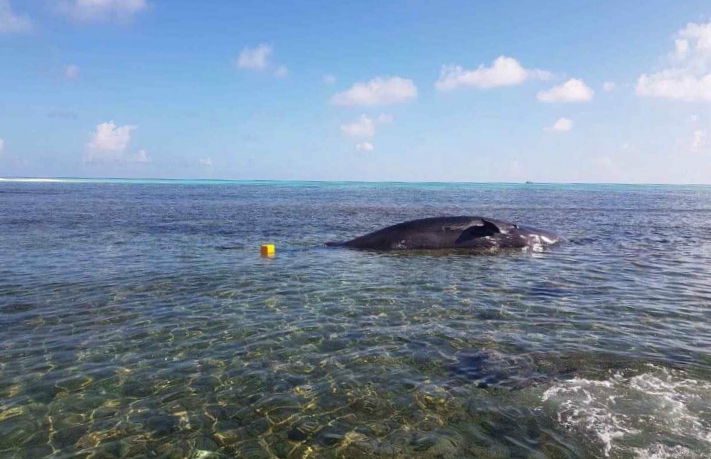 The dead whale carcass that drifted in to B. Goidhoo lagoon

The island council of Goidhoo in Baa atoll on Monday revealed that it has not succeeded in removing the whale carcass that drifted into the island’s lagoon last Thursday.

Goidhoo council’s president Mohamed Nafiz said that the council, along with some residents, have been trying to move the carcass outside the island’s lagoon, and into the open waters since Thursday.

However, Nafiz was quick to point out that that would not be a solution either: “Fehendhoo and Fulhadhoo are also really close by – so we actually need to move it even further away,” he said.

He also noted that the carcass is attracting various sea creatures that is feeding on it, which makes it dangerous to go in to the water.

The council had not specified what kind of a whale it is.

Baa Atoll, in which Goidhoo is located, is a UNESCO biosphere reserve.