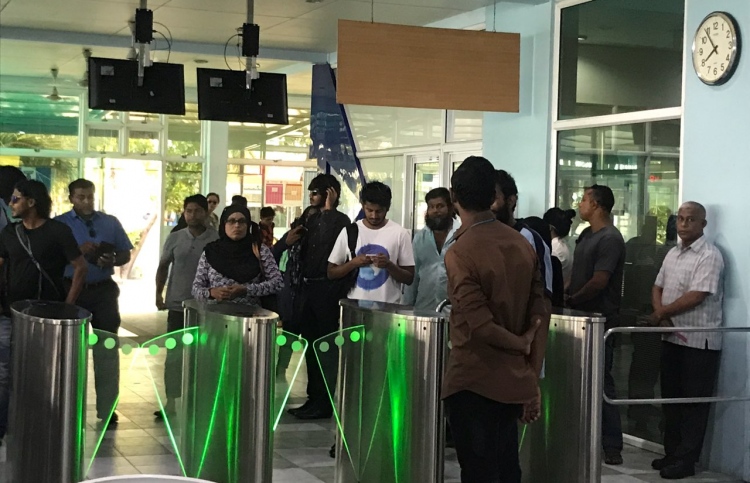 The original Dhivehi article was published on Mihaaru.com website on 15th January 2018.
The following is a loose translation:

In the Maldives, most of the commuters come from Hulhumalé city. Statistics show that for various purposes, 25,000 people travel back and forth from Hulhumalé to Malé via the ferry.

In Hulhumalé city where people started residing almost 14 years ago, now lives 50,000 people. This is the most populous city, after Malé city in the Maldives.

After recognizing it as another ward of Malé city, ever since people started living in Hulhumalé, the most common complaint is about the poor quality of the ferry service, and the service provider, Maldives Transport and Contracting Company (MTCC)’s incapability to improve their service.

Queuing up to take ferry – about 25,000 people commute daily between Malé and Hulhumale

MTCC’s Hulhumalé fleet comprises 13 ferry boats and 3 AC ferry boats. Among these, since some of them had been used for years, had to be dockyard for maintenance very frequently. And the latest ‘Premium Link’ AC ferry boats also always need to be serviced and in the most crucial peak hours, service gets disrupted.

According to the published ferry schedule by MTCC, the first ferry leaves Malé at 5:30 AM. And the last ferry from both Malé and Hulhumalé is at 2:30 AM. And it also says that during the rush hours a ferry is scheduled in every 10 minutes. And in during the non-rush hours, there will be a ferry in every 15 minutes.

During the past 4 years, thousands of people have relocated to Hulhumalé city. However, for the ferry service, not much of a significant change had happened. The only change was an increase of 3 AC ferries and the allowance of using the travel card for regular ferries.

Ferries being built by Marine Design stalled for many years

2 years ago, MTCC assigned Marine Design company to build 2 ferries, to improve the service of MTCC Hulhumale ferry system. However, even after 2 years, the boats did not finish, and they were only able to be used for operation when MTCC took them to Thilafushi island and had them finished. They are ‘Koimala 1’ and ‘Koimala 2’. However, 3 more AC ferries were assigned to be built.

‘At first transport department assigned to build AC 5 ferries. But, the board decided to build 2 ferries first and based on the result, to assign more to be built. But, before the first 2 were finished, they assigned an additional 3 more,’ a former MTCC board member said. 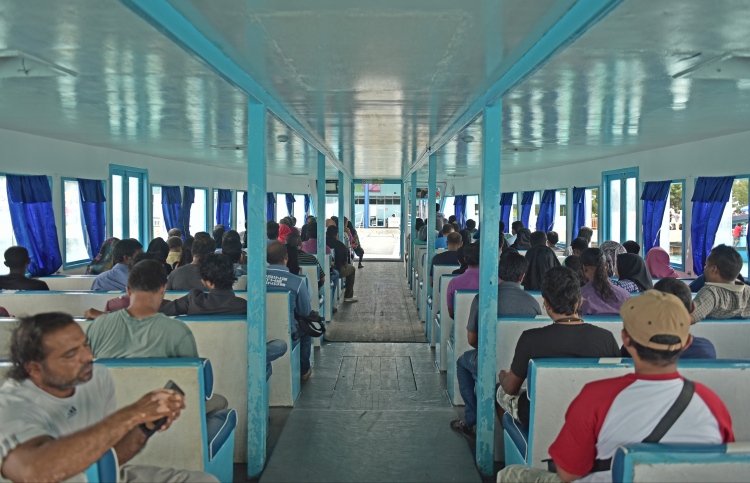 Since, those 3 ferries were delaying without finishing, in response to a shareholders question during an MTCC board meeting last year, MTCC CEO Ibrahim Ziyath has admitted that the ferries have not finished for the deadline. And according to the agreement made with Marine Design, the necessary action will be taken against the company. However, even when the deadline passed, MTCC did not say that they took action against Marine Design.

According to the agreement between Marine Design and MTCC, the ferries should be handed over on February 2017. The ferries were contracted to be built for MVR 12 million. The engine for the ferries is to be supplied by MTCC.

The source said, initially, Marine Design was assigned to build 2 ferries of 180 passenger capacity, however, when it was finished the capacity fell to 146 passengers.

‘And when audit office surveyed and instructed to deduct the payment figure for the reduced passengers’ amount. The payment was not deducted.The audit office also instructed to cut back money for the delayed period. But then, while things were like that, additional 3 ferries of 100 passenger capacity and a cargo ferry was assigned to be built. Those ferries completion also delayed a lot. But, MTCC is still unable to get them back,’ the board member said.

MTCC’s CEO Ibrahim Ziyath said while speaking to Mihaaru news last month, when people start moving to the new flats of the Hulhumalé, the decision to bring changes to the ferry service has been made. Likewise, from the 3 ferries that are being built in Inguraidhoo island, 2 ferries can be brought and used for operation in December. However, even when December month had passed, the ferries were still not used.

With the surge in population, terminal overcrowded

When more than 5000 of people relocated to the Amin Construction’s 300 flats and 661 flats from the government housing programme during the last three months, there had been no progress to the MTCC’s ferry service. During the morning rush hour, when those who had to be on time to places gets delayed sometimes they get agitated and leads to a commotion. Complaints are a commonplace. And as with the population increase, the demand for cycle loading ferry becomes tighter too. 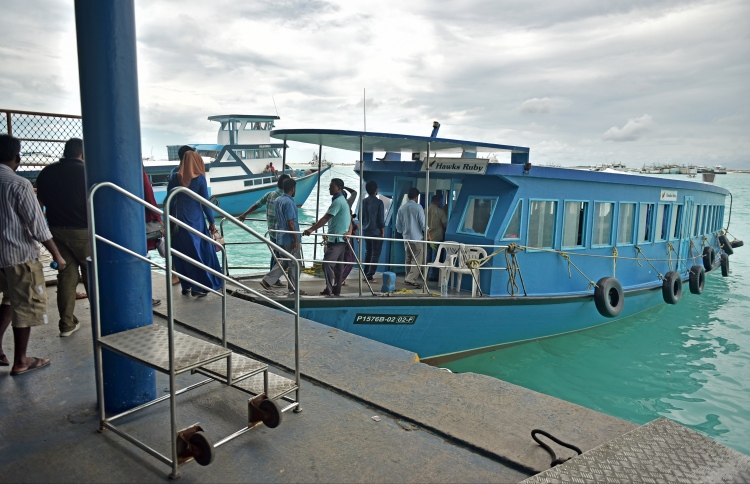 With people moving into the new flats and the start of the new school year, these days Malé and Hulhumalé ferry terminals are very crowded throughout the day. And after finishing work the ferry waiting time which used to be 10 minutes, has now increased to 20 minutes.

When the Hulhumalé city’s population keeps increasing, the priority should be on providing an efficient ferry system. Since Malé and Hulhumalé are interconnected, the communication between the two islands needs to be improved to the latest standards and made smoother. Reality is that, Instead of waiting for the bridge to be opened, this problem is more delicate.