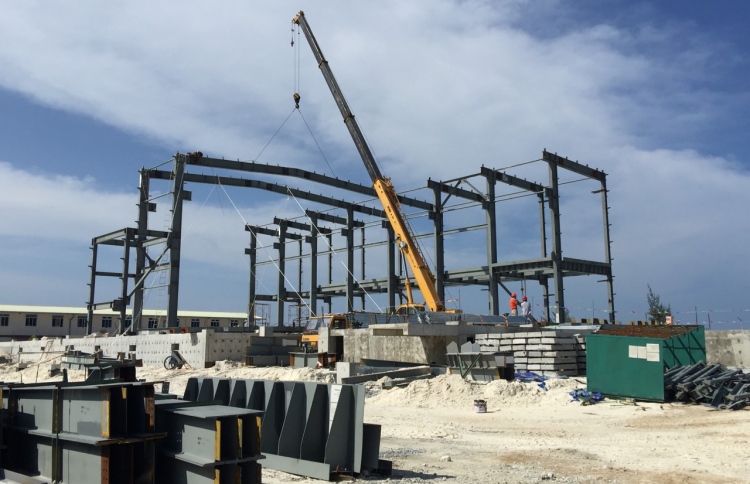 Development of a 50 megawatt power plant in Hulhumale by Dongfang Electric Corporation of China.

On the orders of the Anti-Corruption Commission, State Electric Company (STELCO) has halted awarding the project to lay a high voltage power cable between capital Male and reclaimed suburb Hulhumale to Dongfang Electric Corporation (DEC) of China.

DEC had proposed a bid of USD 38.6 million (MVR 567.4 million) without interest for the project, while another Chinese firm, China National Electric Engineering Company (CNEEC), had proposed USD 44.4 million (MVR 684.6 million) with bank interest. The initial project leader, Ministry of Environment and Energy, had awarded the project to the latter and informed CNEEC in writing last November 13.

According to the ACC, STELCO had violated that term by awarding the project without tender to DEC, thus facilitating room for graft.

Mihaaru received a copy of ACC’s letter to the finance minister, which referred to the Public Finance Act on awarding projects without bid; it stated that a public service provided by the government may be awarded, without bid, to a state-run company, a firm listed on the Maldives Stock Exchange which has state shares, or to an institution recognized by the government as a national association. However, the ACC noted that these characteristics specified in the Act were in the spirit of awarding projects to firms that were fully capable of carrying them out.

Stating that STELCO’s decision to award the cable project to DEC without bid violated the clause in the Public Finance Act, ACC ordered STELCO to halt awarding of the project until the commission concluded its investigation.

In the wake of ACC’s letter to the finance minister, STELCO has issued a statement declaring that the project has been halted since last week Sunday. However, the statement countered concerns that corruption was involved in handing over the project to DEC.

STELCO claimed that it had announced the cable project to seek contractors, and that DEC and CNEEC had both submitted proposals under the contractor finance policy. According to STELCO, DEC proposed USD 44.46 million (MVR 685.5 million) while CNEEC proposed USD 56.6 million; a significantly higher amount than the USD 44.43 million with bank interest CNEEC was said to have proposed earlier while the energy ministry was leading the project.

STELCO stated that it had chosen DEC’s proposal as it would have benefited both STELCO and the state in both technical and financial aspects. The statement also read that STELCO’s top engineers had been involved in evaluating the bids.

The project was to be awarded to DEC for USD 38.6 million (MVR 567.4 million), under which the high voltage cable would be laid via the landmark bridge being developed from Male to airport island Hulhule, which lies between the capital and Hulhumale. According to STELCO, a 50 megawatt power plant being developed in Hulhumale by DEC would power the 132 kilowatt high voltage cable, to provide emergency power to Male as well as Hulhule.