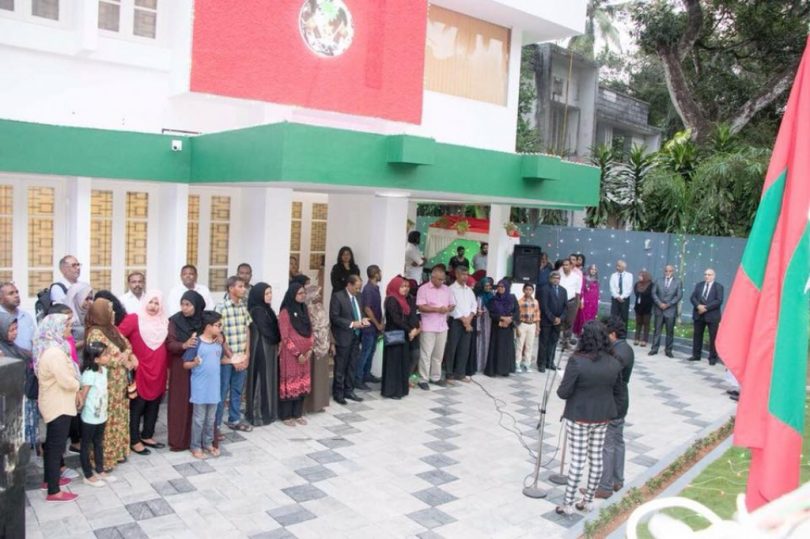 A ceremony held at the Maldives consulate in Thiruvananthapuram, India

The original Dhivehi article was published on Avas.mv website on 15th January 2018.

Upon India’s request international ‘Yoga Day’, an event held all over the world, was celebrated with fervour in the Maldives. Yoga classes are also conducted amongst the Maldivians, to adapt and grow with this event which originated in India. Special Indian Traditional musical instruments like Tabla and Kathak dance classes too. All these are done through the ‘Indian Cultural Centre’ established in the Maldives.

Indian official language Hindi Divas will also be marked in the Maldives this year. 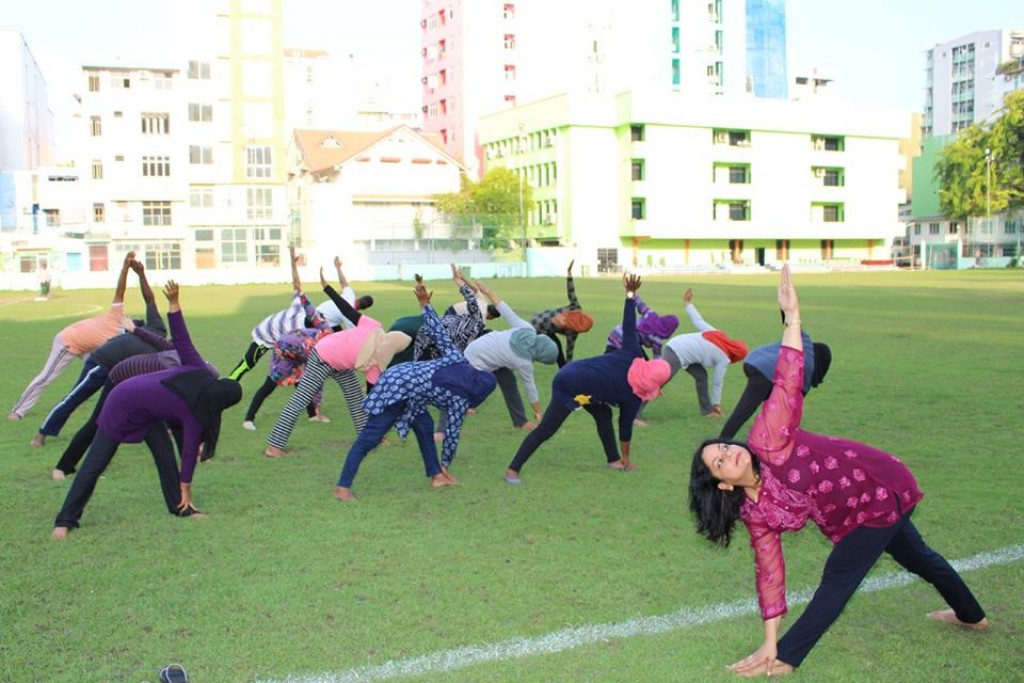 ‘Through our Maldives Embassy in Delhi, we sent the request on 29 December 2014,’ Ali Adam (Alibe) Consul of the Maldives in Thiruvananthapuram revealed today while speaking to Avas news.

According to Alibe, they don’t exactly know the reason for the delay in getting the permit for a cultural centre.

However, building such a centre is imperative. As the Maldivian diaspora in Thiruvananthapuram is plenty and most are students.

‘Maldivian students who finish their studies, return and start their jobs, having the knowledge of Dhivehi and Islamic studies is important. Therefore, we want to give that opportunity for those students living here,’ Alibe said.

Teaching Dhivehi and Islamic studies are only possible after opening the centre here.

Avas news learned that the reluctance of Indian government in allowing a Maldivian cultural centre in India is because the Maldives has proposed to teach Islamic studies there. Likewise, they don’t trust the Maldives with the Islamic subject’s curriculum. As it is believed that while teaching the subject, extremism might be spread.

‘I believe that the amongst the Islamic nations, the most moderate is adopted by the Maldives. So, I don’t believe that there should be such a worry,’ Alibe replied, when curriculum issue could be the reason was raised to him.

India always whines about ‘India First Policy’ not being implemented in the Maldives. We always have to assure it to them.

During Foreign Minister Dr Mohamed Asim’s trip to India on last week, this was again reassured. This time the assurance was needed after signing the Maldives-China Free Trade Agreement, Indians felt it upset the policy.

If the Maldives has an ‘India First Policy’, then it gives a low status to neighbouring countries like Sri Lanka. However, to the country Sri Lanka, whom the Maldives doesn’t give such a status, has allowed for a Maldives cultural centre. And Dhivehi and Islamic studies are now available for Maldivian students from that centre. During Ramadan, the opportunity to join in the Taraweeh prayer and the celebration of Eid or similar occasion is also there.

To open a Maldives cultural centre in Malaysia, a Memorandum of Association (MOU) has been signed. Therefore, there is hope in the nearest future the opportunity to mark Maldivian cultural events, festivals and gatherings, will arise in India too.

According to sources, the Indian government doesn’t believe that they had delayed giving the permit to open a Maldives cultural centre in India. They believe it is something in the stage for discussions.

Although, it is doubtful whether it will take a 3 year discussion period, for such a matter.