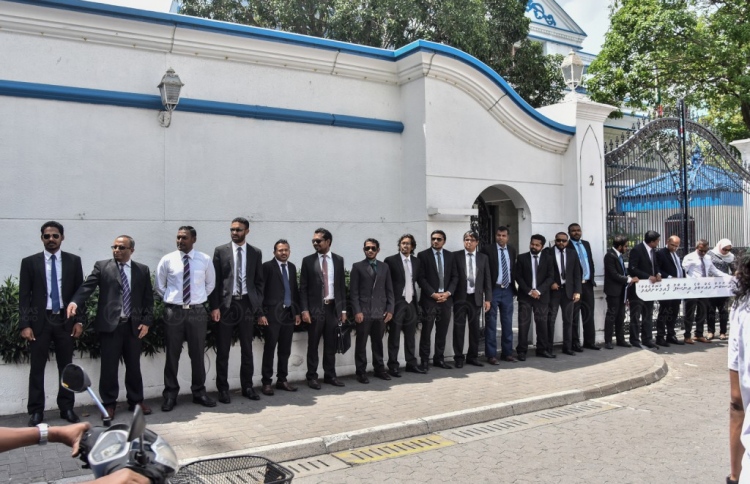 After the Supreme Court of the Maldives suspended 54 lawyers for submitting a petition raising concerns about the judiciary and urging to uphold the rule of law earlier this month, 35 other lawyers have gotten together to appeal for the suspended lawyers’ rights.

Some of the most high-profile legal representatives in the country including former Chief Justice Ahmed Faiz, former High Court judge Azmiralda Zahir, former Attorney General Dhiyana Saeed, a nominee for the Prosecutor General’s post Maumoon Hameed, lawyers Shaaheen Hameed and Hussain Siraj, and several other legal representatives had signed the petition sent to Chief Justice Abdullah Saeed, asking him to reinstate the suspended lawyers till the Department of Judicial Administration (DJA) concludes its investigation into them.

The petition highlighted how due procedure suggests taking action against someone who has been accused of a wrongdoing only after their involvement has been indefinitely proven.

Therefore, the new petition stated that it would be in the best interest of their clients – the suspended lawyers – to let them practice till DJA officially finds them guilty of misconduct.