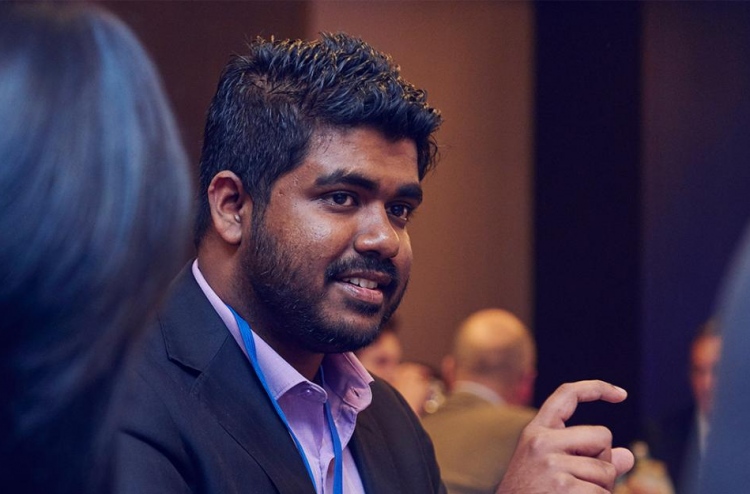 The Civil Court on Sunday quashed a lawsuit filed by the family of murdered blogger, Yameen Rasheed, who accused Maldives Police Service of negligence in protecting Yameen prior to his brutal killing.

In the wake of Yameen Rasheed’s murder, which the police investigation has revealed to have been a preplanned crime, the renowned blogger’s family filed at the Civil Court last May 3, stating that Police had not responded appropriately to reports of the numerous death threats Yameen had been receiving for years. The family accused Police of neglecting to investigate the death threats, which had been repetitively reported since 2010, and not providing adequate protection for Yameen Rasheed, which they believe was a major factor that allowed the murder to happen.

The court had accepted the lawsuit on May 23 and held four hearings before the case was thrown out of the court this Sunday. In its verdict, the Civil Court proclaimed that the case was not in its jurisdiction, and that taking on the case would infringe the National Integrity Commission (NCT) Act.

Under Section 30 of the NCT Act, the commission can only investigate cases of individual law enforcement officers. 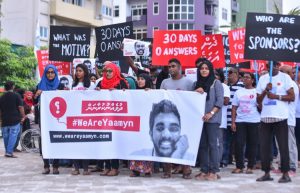 A rally held in protest of the murder of Yameen Rasheed. PHOTO: HUSSAIN WAHEED/MIHAARU

In response to the Civil Court’s verdict, Yameen Rasheed’s family released a statement Monday, saying that the court’s decision was highly distressing.

The family declared that the point concerning infringement of the NCT Act was not raised by the state’s defence during the trial.

“We note that the point in question was an initiative of the judge, who concluded the case without providing an opportunity for the plaintiff to respond,” read the statement.

The family further noted that the verdict implied that complaints of police negligence must be filed separately for individual law enforcement officers.

“However, we believe that the institution itself must also be held accountable for the unlawful offences committed by individual police officers.”

The family added that despite this new obstruction on their path to ensure justice for Yameen Rasheed, they will remain unfaltering in their efforts.

Despite the accusations, Police had earlier declared that they had responded to Yameen Rasheed’s reports of death threats and questioned suspects as well.

Yameen Rasheed, 29, of Addu atoll Feydhoo island, was found with multiple stab wounds to his face, neck and chest by the staircase of his apartment building in the early hours of April 23 this year. He passed away from his injuries shortly after he was rushed to the hospital.