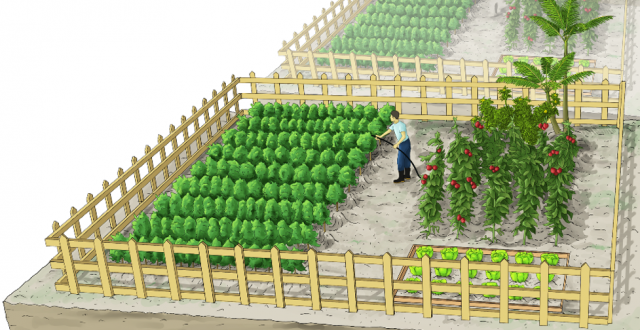 The aim of Urban Farming project is initiated to ensure the safety of foods, to grow small businesses and to support families into generating income based on this. Although the project is not opened for participation yet, HDC has been publishing information on the project and preparing the land for its commence.

According to HDC, 16 plots of 600 feet will be made available to its participants with the availability of all necessary resources. The area for urban farming will consist of a seed incubation shed, store for supplies, a shop for selling compost, toilets and waiting areas.

HDC states that the corporation will arrange information sessions before opening for participation. However, the corporation has not revealed the dates for issuing plots and the commence of the urban farming project yet. Plots will be issued to its participants after the completion of its structural works.

HDC also informs that the corporation will carry out training programmes for its participants in association with the Ministry of Fisheries, Marine Resources and Agriculture. This project aims to decrease the country’s dependency on imported foods and to broaden agriculture in the Maldives.