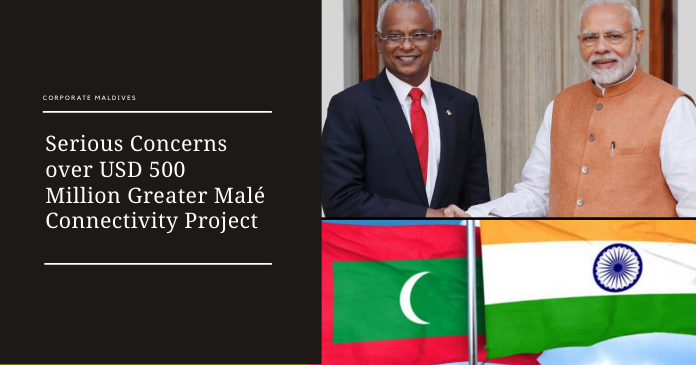 The Government of India has announced a financial package of USD500 million for the Greater Malé Connectivity Project. This project has led to several concerns by the public in the Maldives. People are troubled by the possible consequences of this project between Maldives and India.

What do we know so far regarding the project?

The Greater Malé Connectivity Project will connect Malé, Villingili, Thilafushi and Gulhifalhu, via bridges and causeways of the total length of 6.695 kilometres. Once completed, the Project will be the single largest infrastructure project in the Maldives. This new investment is a grant of $100m and a new line of credit of $400m by India.

While some people are delighted by the news saying it would greatly improve the infrastructure of the island nation, others are doubtful of how useful this project will turn out to be and the adverse effects it could have on the economy.

“Maldives already has a huge debt. This project adds to the amount.” Said an expert in the finance industry. According to the Maldives Monetary Authority, the country recorded a government debt equivalent to 24.80 per cent of the country’s Gross Domestic Product in 2019.

On 10th August, Speaker of the Parliament Mohamed Nasheed accused the former administration, saying they had not managed the debt of the country properly and that the current Finance Minister was still not managing the debt properly. However, Finance Minister Ibrahim Ameer assured that the Maldives will not go into sovereign default.

Nasheed also stated that “the super low-cost development assistance announced by Jaishankar (Minister of External Affairs in India) is exactly what the Maldives needs. Genuine help from a friend, to help us build critical infrastructure. Rather than eye-wateringly expensive commercial loans that leave the nation mired in debt.” 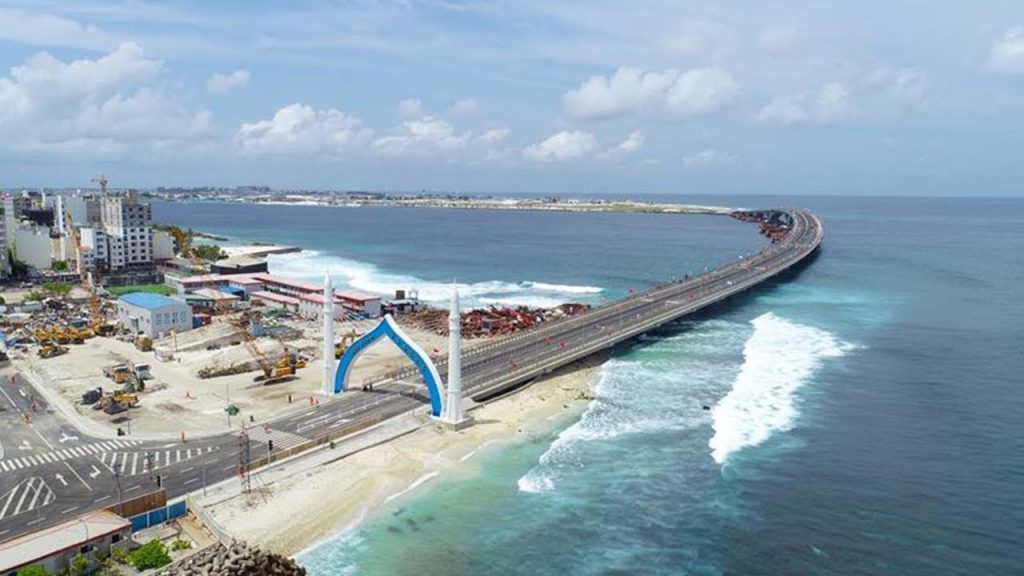 2 years ago, one of the biggest projects in Maldives’ history, the China-Maldives Friendship Bridge was inaugurated. The Chinese government agreed to finance the project during President Xi Jinping’s visit to the Maldives in 2014. This was during Yaameen Abdul Gayyoom’s presidency, who said that the bridge will “change the Maldives’ landscape”, along with the expansion of the international airport, which was also financed by the Chinese.

However, this project is over twice costly as the China-Maldives Friendship Bridge and will be more than three times longer. President Solih called the financial package by India “a landmark moment in Maldives-India cooperation”.

This led to locals worrying about the consequences of the project. Some are saying that the finance could be used for something more useful such as housing projects, while others believe that it will vastly benefit the country’s economy. People are also worried about the nation’s freedom if the country is unable to repay the amount.

Several questions have arisen: How much is the interest rate? How would we repay this? Which company will undertake the project?

Not a loan; a line of credit 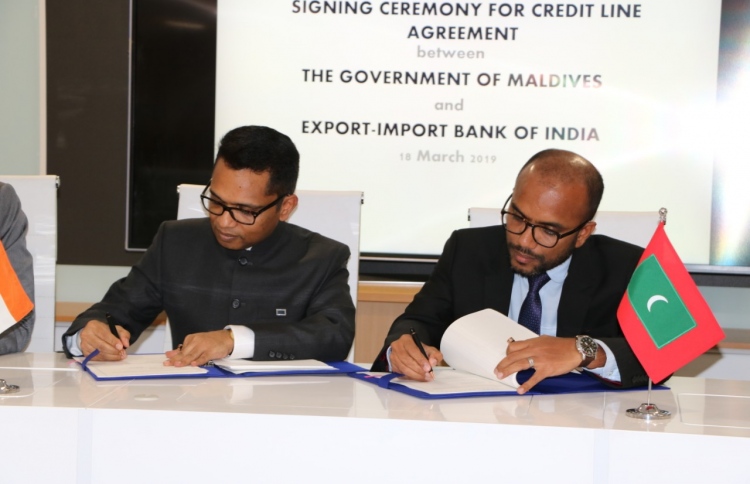 According to Investopedia, credit lines tend to have higher interest rates and smaller minimum payment amounts than loans.