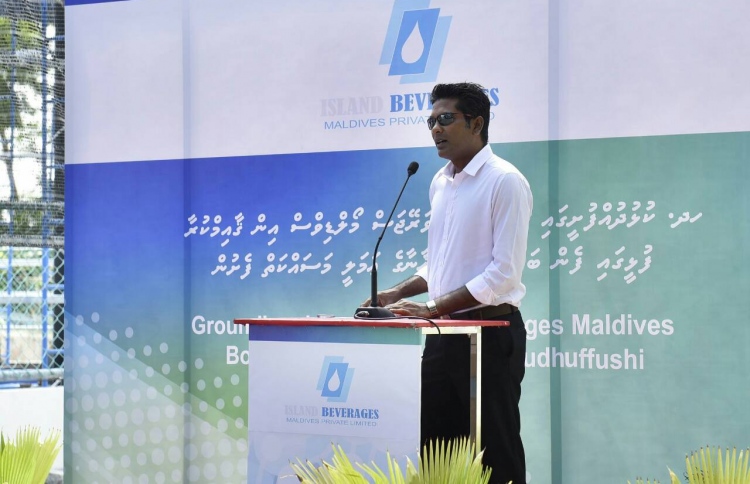 Male Water and Sewerage Company (MWSC) on Sunday commenced the development of a water bottling plant in the island of Kulhudhuffushi in Haa Dhaal atoll.

The project of MVR 30 million was inaugurated by housing minister Dr Mohamed Muizzu in a special ceremony held in the island. The factory, which is scheduled to be completed next year, aims to produce twice the volume of water produced by MWSC in capital Male.

MWSC’s managing director Ibrahim Fazul Rasheed stated that transportation of water from Male to Kulhudhuffushi is a costly process. He said that the government commenced the water bottling project in Kulhudhuffushi in order to minimize the price of bottled water for the area’s residents.

“The price of water will drop when the plant in Kulhudhuffushi begins to produce water next year. It will also create numerous job opportunities,” he said.

According to Fazul, the water plant in Kulhudhuffushi will first begin with bottles of 330 and 500 millilitres and 1.5 litres. In time, the factory will expand to 5 litre bottles.

Fazul revealed that the Kulhudhuffushi water plant will work at a rate of 10,000 bottles per hour.