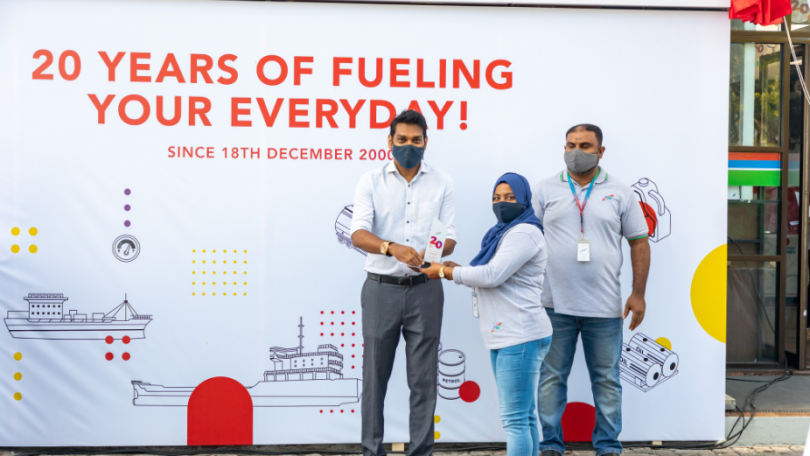 Fuel Supplies Maldives (FSM) has celebrated 20 years of its inception on 18th December 2020.

At a special function held upon the occasion, earlier yesterday, the guest of honour, the CEO of STO Group, Hussain Amru Mohamed Rashad extended his heartfelt gratitude and wishes upon the dedicated and loyal employees at FSM.

Amru further remarked on the marvellous work done by FSM on setting the gold standard in supply and distribution of high-quality fuel in the Maldives.

Speaking upon the occasion, the Managing Director of FSM, Mohamed Gasam said, “2019 was a successful year for FSM. Despite not being able to achieve the set goals for 2020 due to challenges faced by COVID-19, 2021 will be a more remarkable year for FSM.” 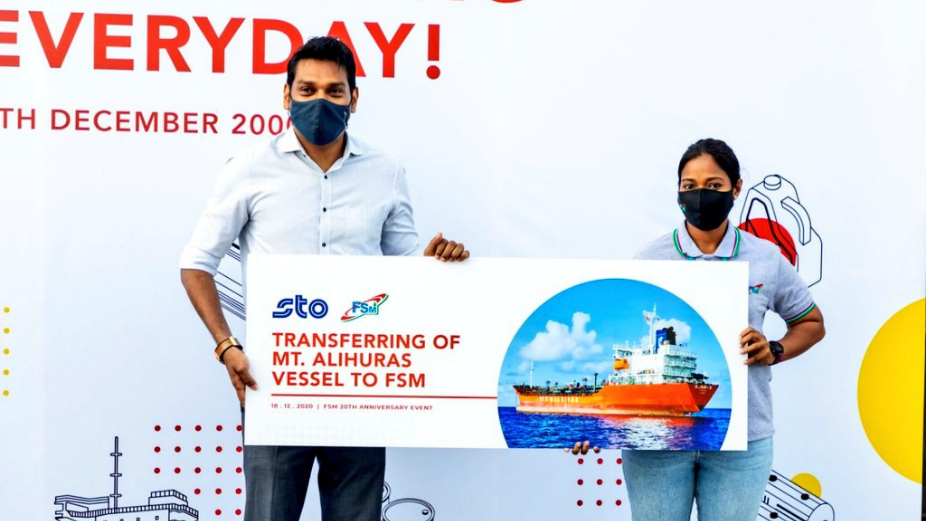 At the event, STO CEO, Amru officially handed MT. Alihuras over to FSM. He stated that with the addition of this magnificent oil tanker with a storage capacity of 8.5 million litres to FSM vessel fleet would assist in boosting delivery services in the future.

STO Aifaanu Building was also officially renamed and inaugurated as the FSM building during this ceremony.

FSM awarded 4 employees who had been with the company since its inception. Aminath Wirudha from Administration Department, Hassan Yoosuf and Gurusamy Naraj from the Engineering Department, and Ibrahim Waheed from Investigation Department were recognized for the dedication given to the success of the company.

Moreover, as part of their Corporate Social Responsibility, FSM contributed donations to Jamiyyathuh Tha’aavun as a token of appreciation for their valuable and selfless work towards the community. 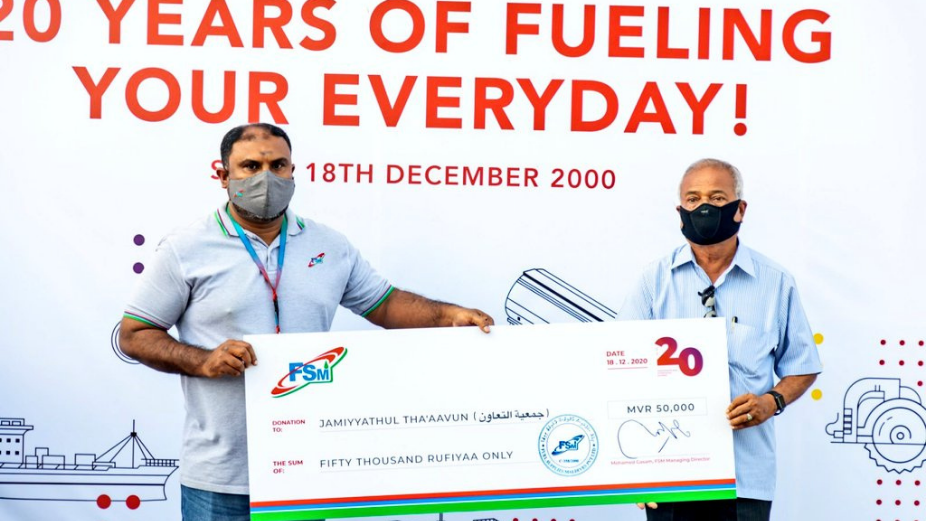 Established in December 2000, Fuel Supplies Maldives (FSM), a subsidiary of State Trading Organisation (STO), was formed with the main objective of streamlining fuel distribution in the country and to offer easy and convenient access to fuel throughout the country. Since its inception, FSM has built a strong distribution infrastructure to cater to the needs of the country and has been able to establish a network for distribution of fuel.