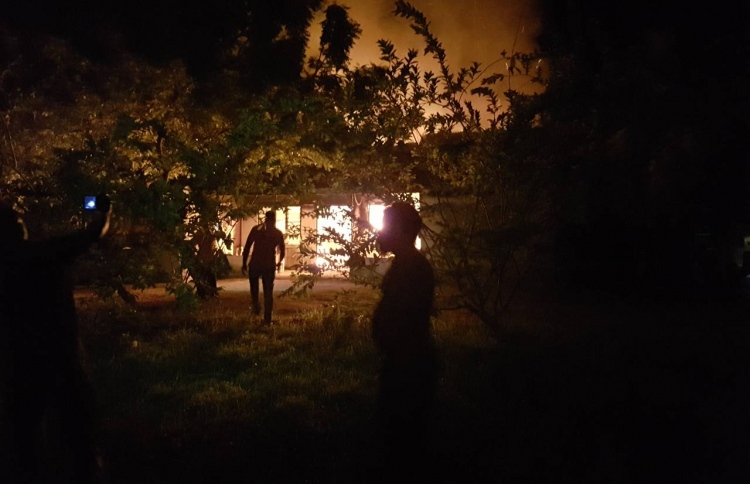 People pictured outside Sh. Bilehfahi’s powerhouse during the fire.

State-run utilities company, Fenaka Corporation, is trying to return power to the island of Bilehfahi in Shaviyani atoll before sundown on Sunday, said the island council.

Fenaka’s powerhouse burnt down late on Saturday night, after one of its three generators caught on fire, causing an island-wide blackout.

Bilehfahi Island Council’s Vice President Ahmed Shareef stated Sunday that Fenaka is working to temporarily transfer a generator from Foakaidhoo island in the same atoll to Bilehfahi, and return power before sundown.

“Last night, the residents were in total darkness,” he said.

Bilehfahi has a population of around 700. The fire was caused when a 112 kilowatt generator inside the powerhouse overheated. The other two generators in the powerhouse were also severely damaged in the incident.