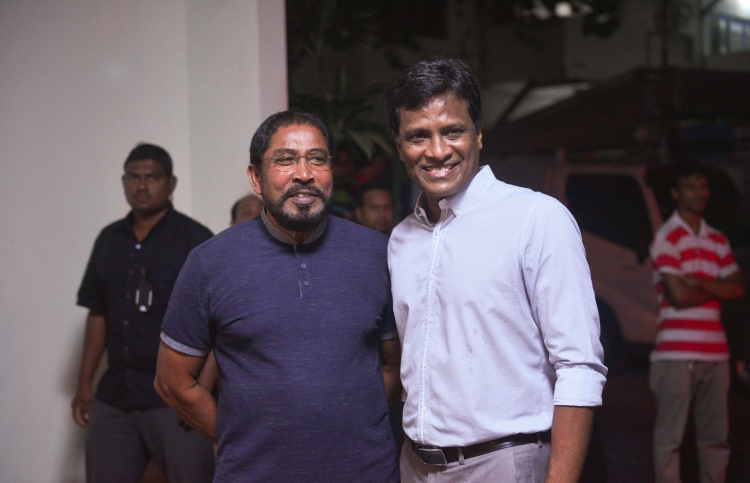 He told Mihaaru that his only objective is to help prepare JP for the presidential election next year.

Umar, who had earlier declared that he would run for president, admitted that he still harboured the thought and that he would contest for JP’s electoral ticket should the party’s leader, Qasim Ibrahim, not run as a candidate. Umar had recently also taken a trip to London to discuss the election with the self-exiled former vice president, Mohamed Jameel.

The opposition coalition, of which JP is a member, is currently working on nominating a single candidate for the presidential election, looking to elect an interim president in 2018. In response to whether Umar supported the single-candidate decision, he said that it was too early to comment.

He had previously stated that main opposition Maldivian Democratic Party (MDP)’s decision to hold primaries among opposition parties to nominate a single candidate would be a failed formula.

Umar had also remarked that JP’s leader Qasim Ibrahim would be the most suitable candidate to represent the joint opposition.

However, Qasim is currently convicted to three years in jail on bribery charges and over the age of 65, which render him ineligible to run for president.

Former president Mohamed Nasheed, who is currently contesting his right to run in the presidential election next year, is also ineligible under Maldivian Constitution as he is convicted to 13 years in jail on terrorism charges.