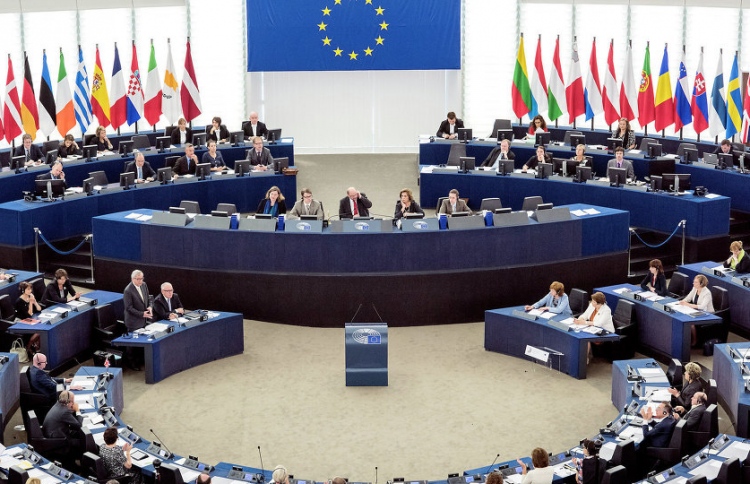 A meeting of European Parliament.

A European Union (EU) delegation is set to arrive in the Maldives to observe its political situation on Monday.

Mihaaru is aware that some members of the European Parliament will also be joining the delegation in its two-day visit.

They will meet with the ruling coalition’s leaders, as well as members of the opposition, to discuss the current political situation and the upcoming presidential election slated for 2018.

This will be the first visit from an EU delegation since the European Parliament adopted a resolution on the Maldives submitted by the European External Action Service (EEAS), earlier this month in Strasbourg, France.

The resolution passed on October 4 called for the charges against former president Mohamed Nasheed and all other political leaders to be dropped and also urged the EU to “make full use of all instruments at its disposal” in order to endure adherence to the democratic principles.

The government was quick to reject the resolution and the Ministry of Foreign Affairs had issued a statement accusing the EU of basing its motion on “false information.” However, the government had maintained that it will engage with the EU in a “collaborative and constructive manner in the consolidation of democracy in the Maldives.”