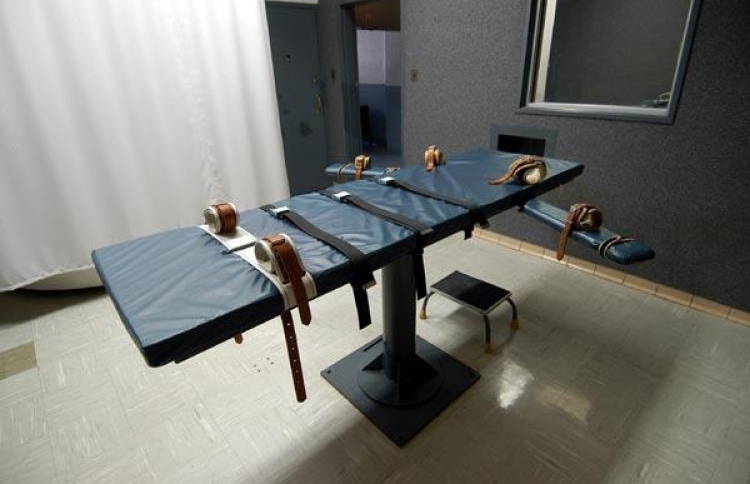 Inside an execution chamber.

A government official has revealed that pending incomplete legal procedures is the reason behind the delay in implementing capital punishment in the Maldives.

President Abdulla Yameen had announced during a ruling Progressive Party of Maldives (PPM) ceremony in August that the Maldives will commence executions before the end of last September. At the time, the president had said that establishment of facilities and procurement of some resources were the only preparations left.

However, the government has yet to carry out an execution even as October began. According to the state official, pending court decisions and mediations are the cause of the delay.

Mihaaru understands that an execution chamber has already been constructed in Maafushi Prison. The government official also stated that all the equipment required for executions have been procured.

According to the regulations compiled by the Ministry of Home Affairs, the death penalty will be executed via hanging or lethal injection.

Several international bodies and foreign entities have voiced concerns over the Maldives bringing back capital punishment after 60 years, urging the government against the decision. They include the United Nations, European Union, Amnesty International, United States, United Kingdom and Canada.

Meanwhile, a number of religious scholars and politicians have also raised questions whether the death penalty can be implemented justly while the judiciary is not independent.