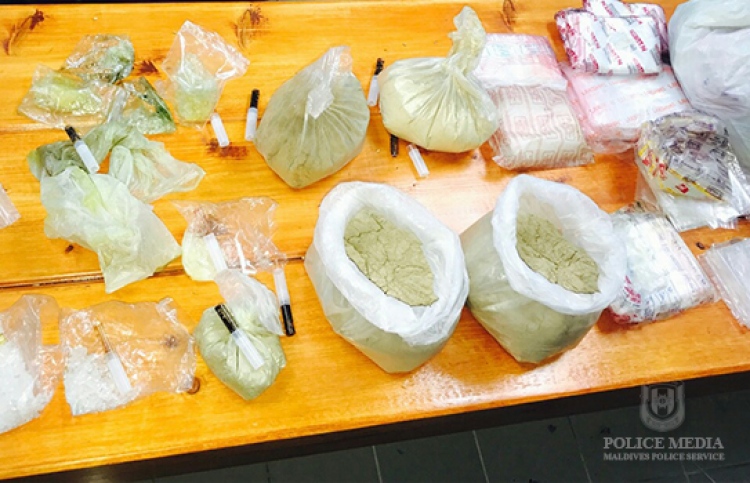 The substances that were found on the Indian nationals who were attempting to smuggle drugs via Sri Lanka to Addu City. PHOTO / POLICE MEDIA

A group of Indian nationals, who attempted to smuggle a large haul of drugs into the Maldives on a plane, has been freed by the Hithadhoo Magistrate Court.

According to the police, the group was caught on September 18 when they attempted to smuggle the drugs via Sri Lanka to Gan International Airport in the southernmost Addu City.

They were taken to Hithadhoo Magistrate Court to be remanded; however, the court had freed them instead, the police reported.

The police assured that they will continue to pursue the case despite the culprits being freed.

The drugs were found packed in plastic bags in their luggage upon searching them at the airport.

There were collectively 4.65 kilograms of substances found on them, the police said.

Further, the police said that paraphernalia used to consume the drugs were also found in their luggage.

Smuggling drugs into the Maldives carries a lifetime jail sentence along with a penalty ranging between MVR 100,000 to MVR 1 million. Under the Drugs Act, any such substances found on a person or among their belongings will be deemed as their possession unless evidence is found proving otherwise.