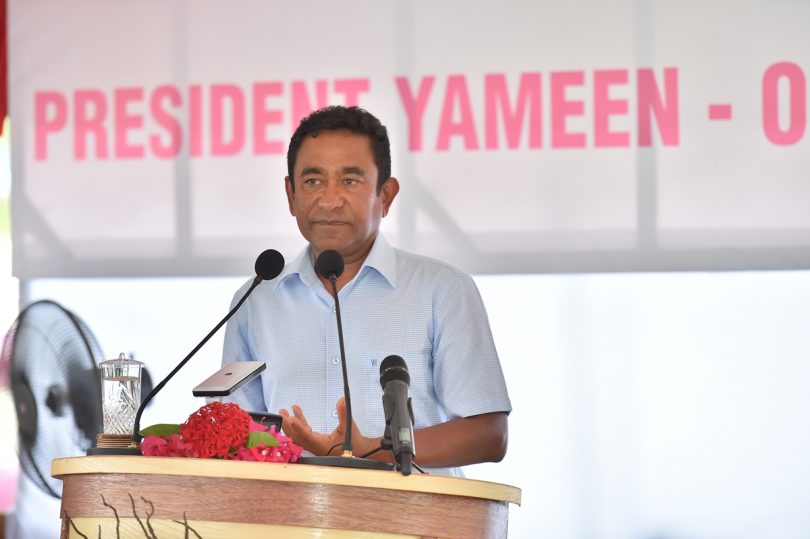 The President further stated that the will to move beyond existing circumstances should come from within society and that one cannot expect those outside to come and work for reform and development. The President made this remark while speaking at North Huvadhoo Atoll Kolamaafushi this morning as part of his current visit to the Atoll.

The President also highlighted that Maldives is not only a country well placed for tourism alone but one which was open to other foreign investments.