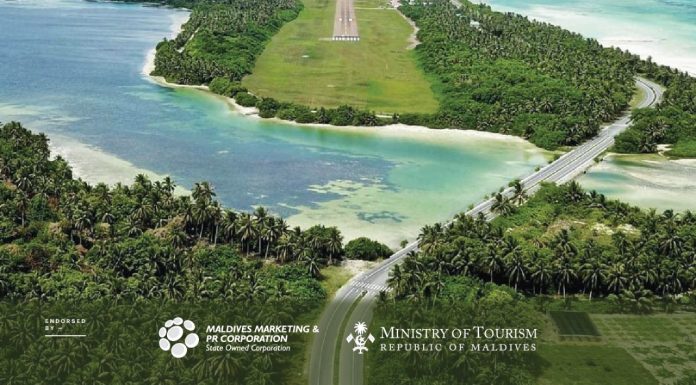 From the moment you land at Kadhoo Domestic Airport, you will be greeted all around by thick lush foliage, with sudden glimpses of the ocean blues through the greenery. At this point, you could be forgiven for thinking that Laamu is just like many of the numerous inhabited islands in Maldives. It isn’t. 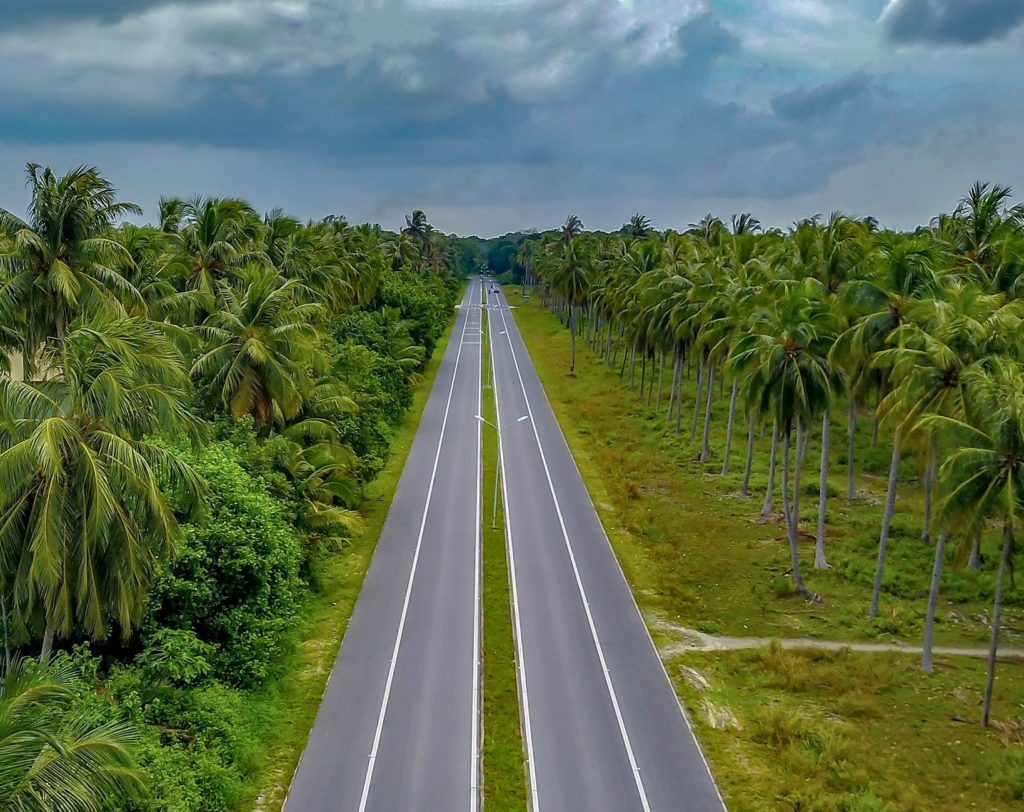 Laamu is very different from the other islands in Maldives, and one of the first things you’ll notice are the roads. The long highways, surrounded on both sides by tall palm trees as far as the eye can see is uniquely Laamu; you won’t see such a scene anywhere else in Maldives. Cruising down Link Road, which connects four different islands, you will be awestruck by the ruler-straight roads that occasionally turn into sinuous bends. 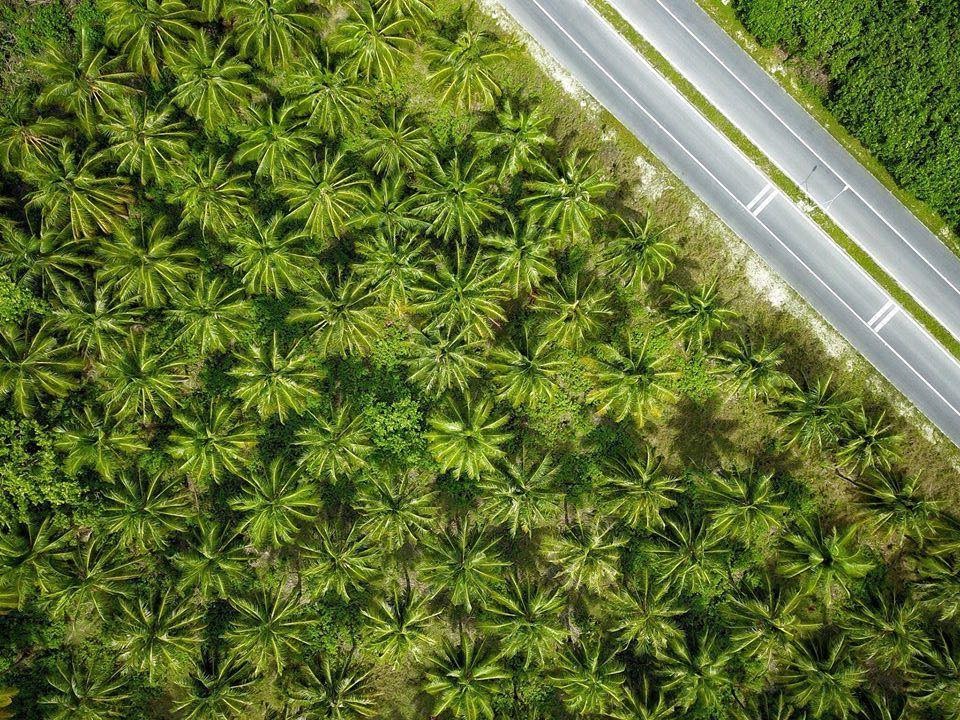 On a good day, the forest on each side of the roads is like a scene out of a fairytale, enticing you to come to feel the magic in the very air that surrounds you, compelling you to run into the mystical depths of the enchanted woods to discover the secret at its heart. It harkens back to your childhood, bringing with it all the nostalgia, wonder, and happy memories from that time. It’s a place you will blissfully get lost in, wandering and exploring. But… that’s just the start of what Laamu has to offer.

History Buried in the Sands

Laamu Atoll is also known as Haddhunmathi Atoll and is among the few islands in the country that still has relics and remnants leftover from back when the Maldives practised Buddhism. Of course, once Maldives embraced Islam as its official religion back in 1153 AD (or 1193, according to certain copper plate texts) most of the places of worships from the previous religion were looted, destroyed, buried, or converted into mosques. However, some of the buried remains of viharas, stupas and even monasteries can still be found in various islands of Laamu.

A Hawitta with a View 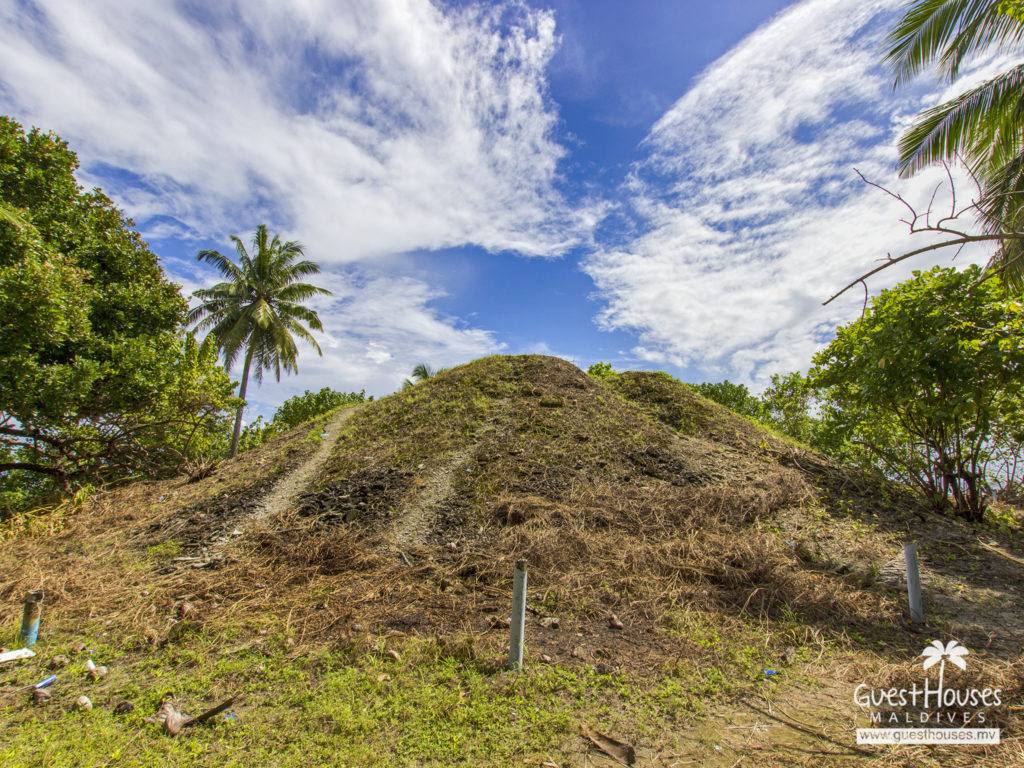 One of the more notable landmarks from that era is located in Laamu Gan Mukurimagu and it’s called the “Gamu Haytheli” or “Hawitta”. It used to be a temple for worship but is now buried under a mound of sand so you can’t see any of the historical architecture except for a few stone steps and bricks edging out from under the sand in some areas. According to popular belief, the Hawitta is the last Buddhist temple in the Maldives. Visitors can trek up the Hawitta and as you reach the top you will get a breathtaking view of the ocean nearby from above the tree line.

Although you can’t see it from the top of Hawitta, there is another landmark nearby that reinforces the enchanted island feel of Laamu: Paree Fengandu or Fairy Pond. Paree Fengandu isn’t the only name the pond has earned over the years. This particular pond is something that many have pondered about over the centuries, hence the various but interesting folklore surrounding it. Situated in Gamu Kuruhinna, it is easily one of the most Instagrammed places in Laamu Atoll.

Imagine a densely vegetated area of the woods with ancient and huge trees towering over a rough pathway that leads to a small clearing. In the middle of the clearing is a small pond, reflecting the sky above on its placid mirror-like surface. This is the Fairy Pond of Laamu. One of the most peculiar aspects of the pond is that the waters tend to take on a reddish hue near the shallow edge, and fade into a murky dark green as the waters gradually deepen. This could be a reason why the pond has also earned another more sinister-sounding appellation in recent years: Hell-mouth or Hell Hole. 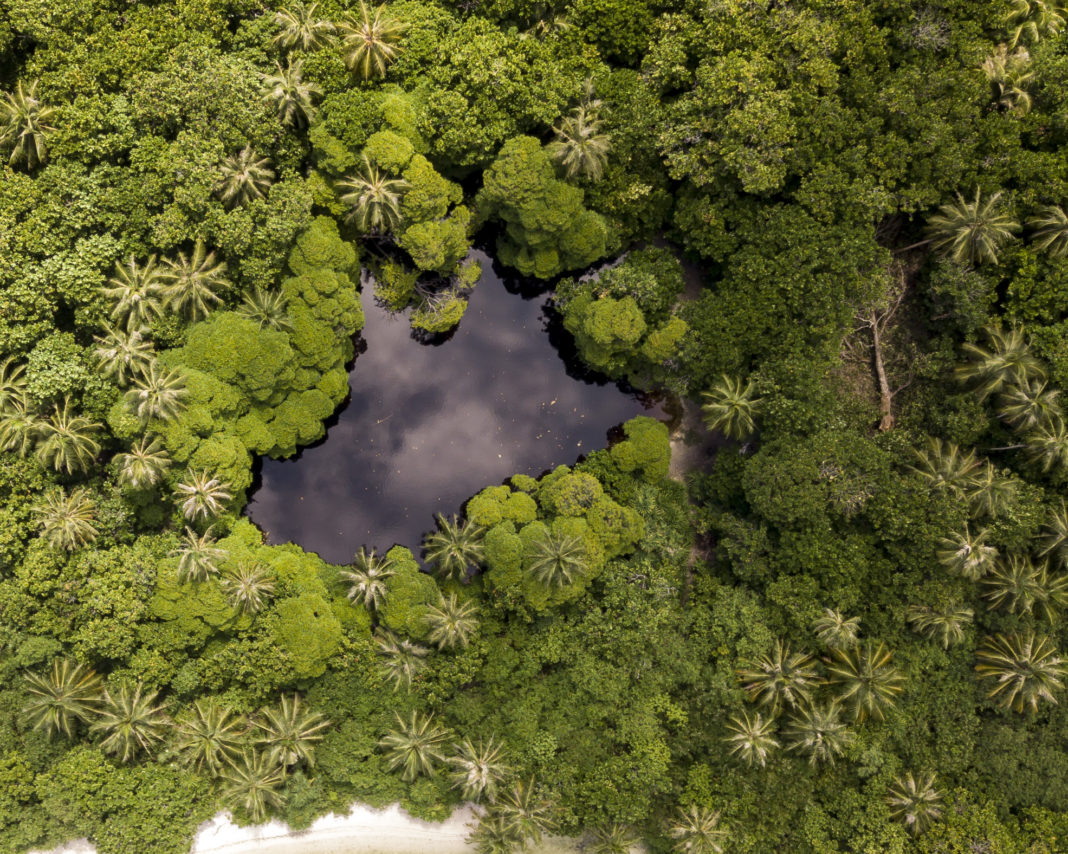 Where Fairies Come to Frolic

Legend has it that on certain full moon nights, fairies (or jinnis, depending on who you ask) visit the pond. To take a bath, drink from its magical waters, or ensnare lonely travellers who happen to chance upon the pond and foolishly spend the night at its edge, who knows? The tales vary substantially in the telling.

According to residents, the water in the pond used to be fresh. However, after the Tsunami of 2004, the water turned brackish. You can only approach the edge of the lake from one path, as mangroves, massive trees, and fallen branches surround it, blocking off access from all other sides. 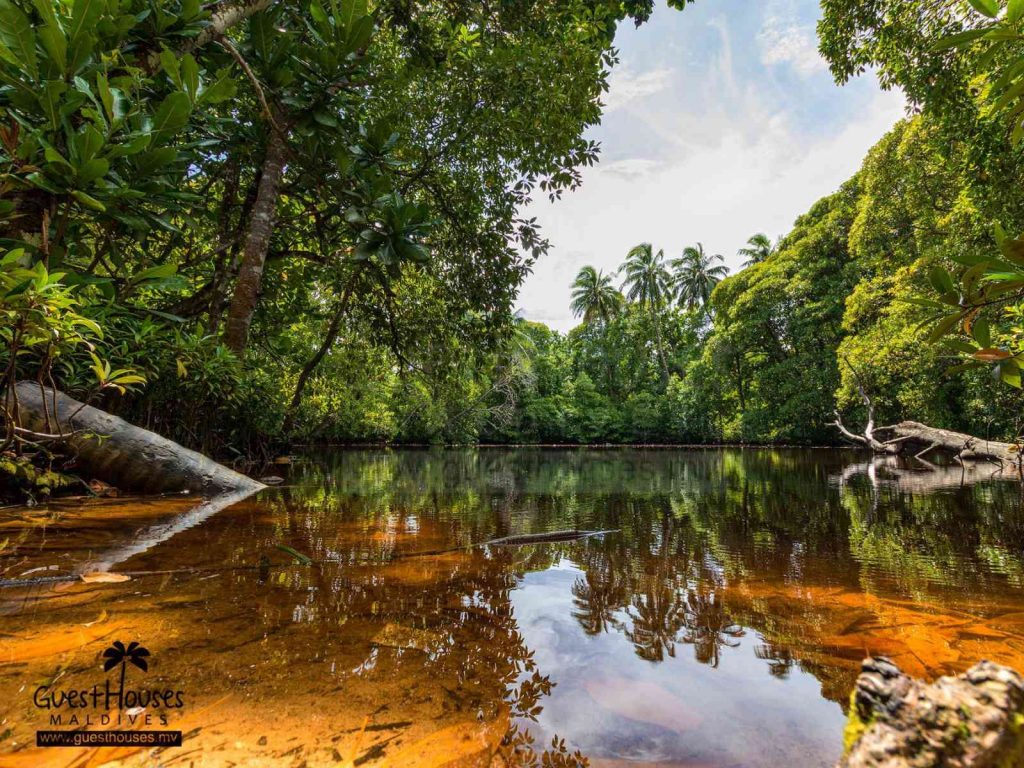 Another interesting aspect of the pond and one that makes it even more mysterious is the fact that no one has been able to determine its depth so far. Those who have braved the dangers and dived into it equipped with scuba gear and torches have been unable to unravel most of its mysteries. The pond’s underwater views may not be worth mentioning, but the view from the top, especially with a drone, is simply majestic. No wonder Paree Fengandu is such a popular area for aerial photographers.

Together in Digital Dreams 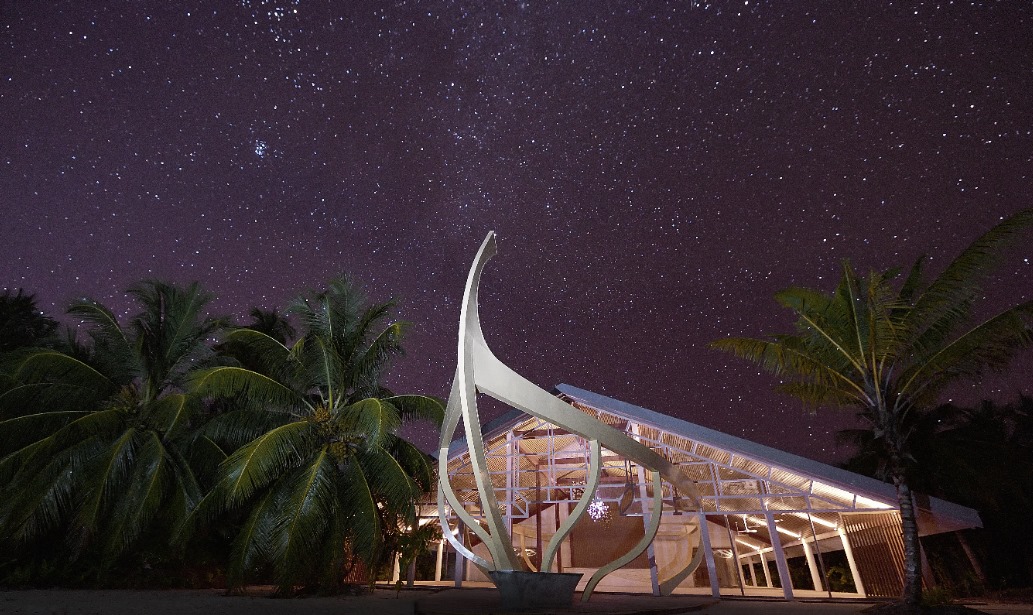 The pristine beaches of the islands, the lagoons, and the forests are all rendered in various shades of blue to orange between sunrise and sunset. Due to lack of light pollution at night and the clean air, the night skies of Laamu are a wonder to behold. On most nights, the galaxy cloud of the Milky Way is easily visible to the naked eye. This makes it a favourite for photographers and videographers looking to create stunning time-lapses for their portfolio. Laamu in its entirety is a photographers dream come true. From something so small as a hermit crab crawling on the beach, leaving a trail behind, to the schools of colourful fish swimming beneath the crystal clear waters, everywhere you look in Laamu is an Instagram moment. If you’d rather just enjoy the peacefulness of nature without bothering to freeze the moment digitally, the sounds of nature’s symphony in the gentle waves or in a bird’s call from the top of a tree branch should act as a soothing balm on your soul.

Let Food Be Thy Medicine…

Discovering the full beauty of Laamu is a lengthy quest and one that is bound to make intrepid explorers hungry. Which brings us to the mouth-watering cuisines of Laamu. 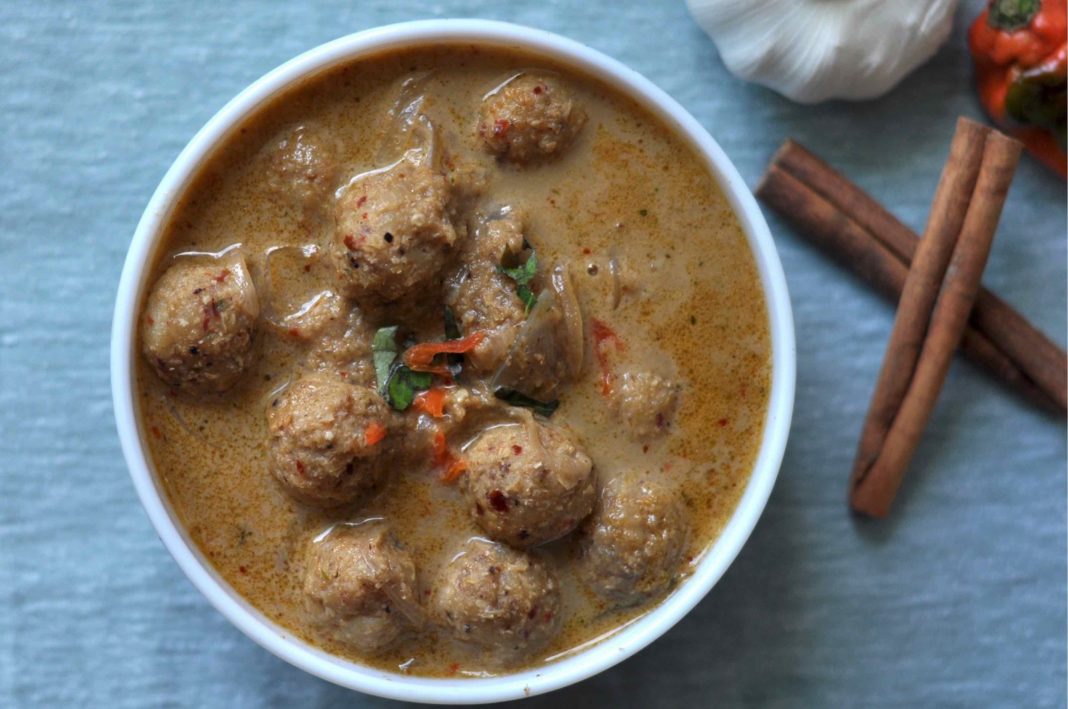 The famous Golha Riha, (basically fish ball curry) is hands down the best cuisine available in Laamu. It is made out of reef fish, squeezed into balls to make a flavoursome curry. Spices are ground, following an ancient recipe in a traditional way, which gives the curry the refined and distinct taste it is known for. It can be consumed with Roshi (chapatti) or rice. The recipe has been passed down from generation to generation and makes use of all parts of the fish in the process.

You might be able to enjoy Golha Riha in other parts of Maldives, even in Male’ and some resorts, but once you have a taste of the way it is traditionally made in Laamu, anything else will just not satisfy.

Home is Not a Place, it is People

The people of Laamu are friendly beyond expectation and their hospitality is renowned. The people tend to live carefree, happy lives, enjoying fishing, socializing with friends, teaming up to play football, and pursuing a very active lifestyle in general. 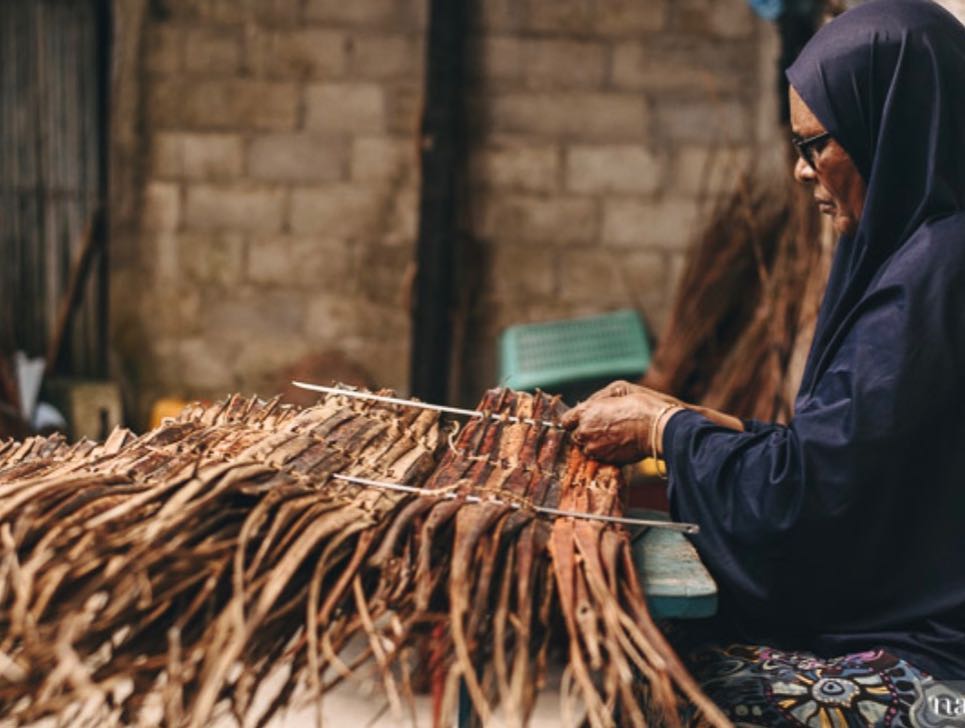 Walking down the narrow roads within the island, you will see women gathering in groups either frying bambukeyo (breadfruit), also known as Maldivian Chips or making theluli fai, which is Moringa leaves fried with dried chilli, onion, garlic and sundried tuna flakes. The sheer joy of children playing in their houses with huge backyards, enjoying picnics with family, eating majaa; another popular delicacy in the Maldives made from green mangoes dipped in spicy rihaakuru (fish paste). Women empowerment is very much evident in the island, as most women have jobs and some even occupy decision making level posts.

Travelling down Link Road, either on foot (not recommended) or bike, motorcycle or another vehicle, you are bound to see many acres of land used for agriculture. The islands in Laamu yield many crops ranging from eggplants, tomatoes, capsicum, cucumber, lettuce, chilli, and many tropical fruits. Due to the immense land area and good soil, it is no surprise that Laamu is good for agriculture. Many islands in Laamu are famous for the beauty of the farms and the forests. One such island is Baresdhoo. 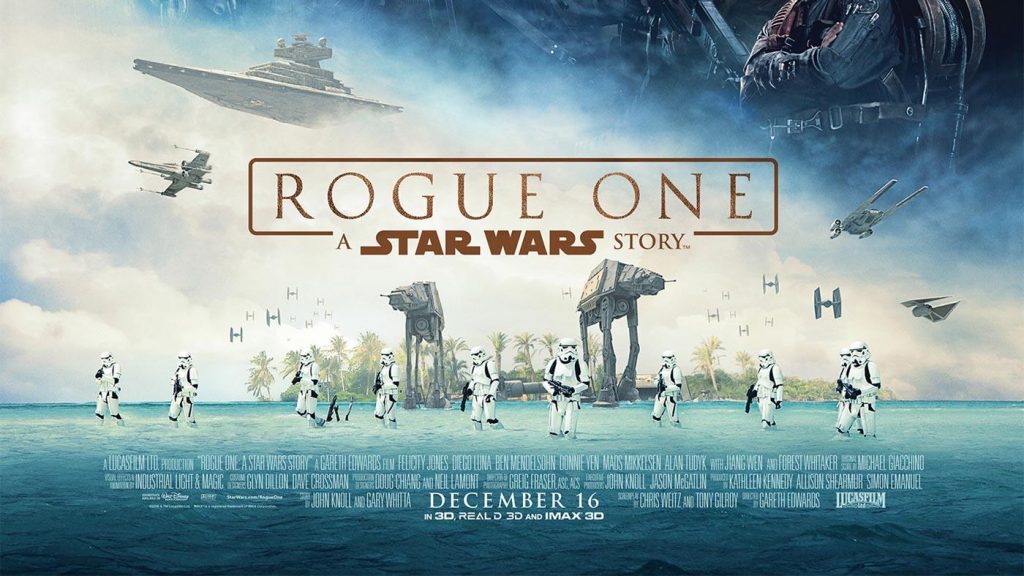 The island became world-famous practically overnight after it was used as the location of Planet Scarif in Hollywood blockbuster “Rogue One: A Star Wars Story” in 2016. It is an uninhabited island with almost impenetrable green vegetation and known for the tall, evenly spaced palm trees that dot the entire island. Getting marooned on this magical island is a wish for many a Star Wars fan and a bucket list item for many travellers.

Photo: Scenes shot in Laamu Baresdhoo for “Rogue One: A Star Wars Story“

Teach a Man How to Fish…

The call to go fishing flows in the very blood of Maldivians. It is part of being Maldivian. In times past, it was a way of life for most and it still is for some, but for most Maldivians fishing has now become a hobby and leisure sport. The waters of Laamu are just teeming with various challenges to be tackled and is the perfect excuse to pick up the line and hook, or a pole, whichever you prefer.

What do you want to catch? Marlins, wahoos, trevally, or giant yellowfin tuna? Not a problem, it’s all possible. Gear up, because every day in Laamu is an adventure waiting to happen.

As Above, So Below

Despite the astonishing amount of beauty found travelling around Laamu, many agree that the real beauty of Laamu exists underwater. Even those who enjoy a relaxing snorkel around the reefs of the many islands in Laamu will come across scenes of such beauty that they are left breathless. It’s always a scenic delight to float over these clear turquoise waters. Still, snorkelling offers just a taste of what the underwater world of Laamu really has to offer. 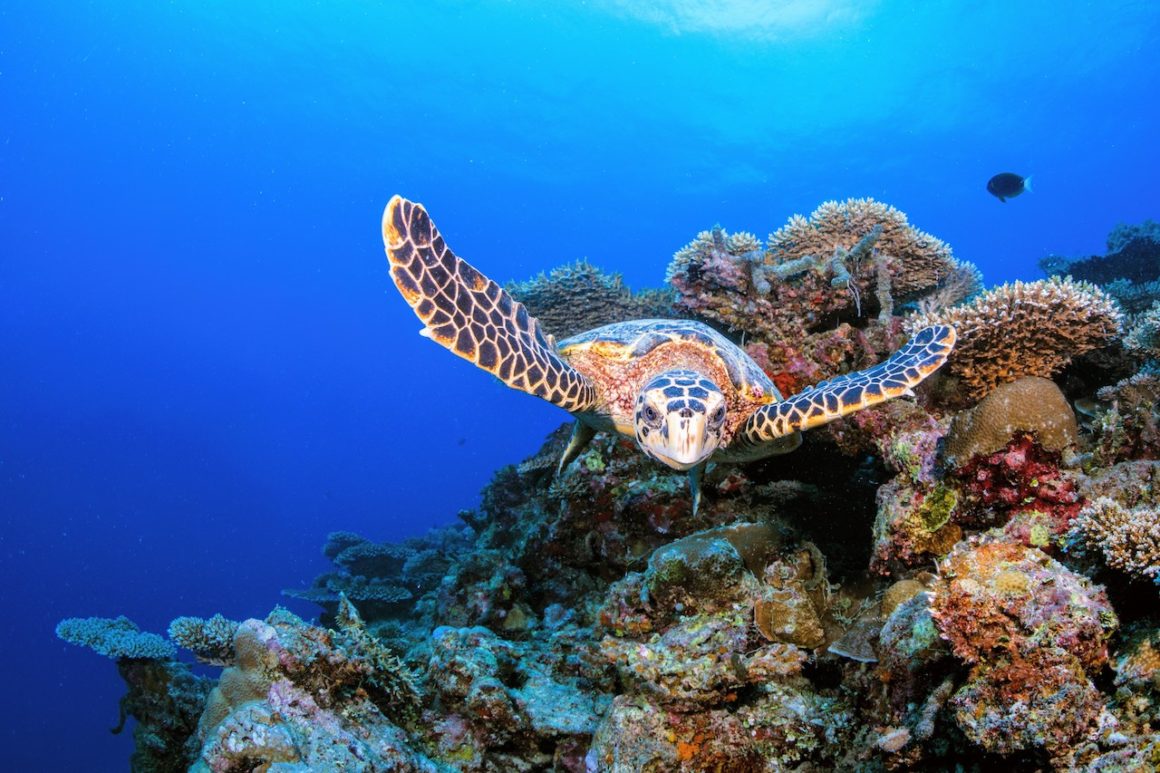 The house reefs of these islands host many living corals and entire ecosystems that have to be experienced to believe. The underwater beauty is mesmerizing, even addictive, with hundreds of coral types and beds in every colour imaginable, turtle points, anemones, sharks, rays, mantas, and so many other exotic species to see. It is truly a wonder to behold every time.

Where I Lay My Head…

In recent years, various guesthouses and hotels have cropped up in Laamu, ready to provide comfort and shelter to the weary traveller yearning to experience all that Laamu has to offer. Some places even offer meals with the stay but there are enough restaurants and cafes found all around Laamu for visitors to be adventurous in choosing where to grab a quick breakfast or lunch, or even a romantic fine dining experiences with your significant other. 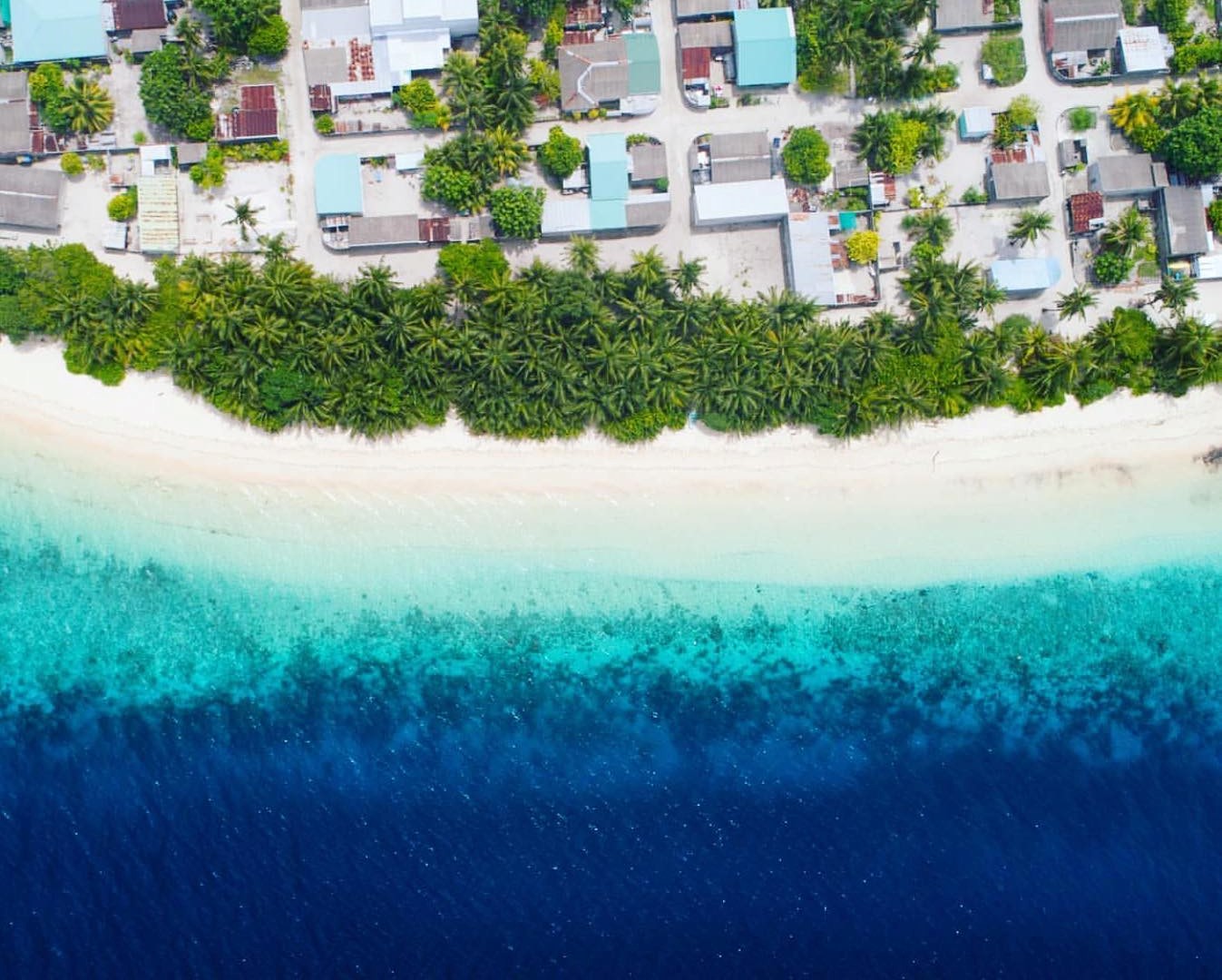 With so much to do, see and experience, Laamu truly offers the best Maldives has to offer; a unique blend of history, adventure and natural beauty to appeal to every type of visitor. Come, fall in love with the enchanting wonders that Laamu has to offer and get bewitched by its allure. You will always want to come back.