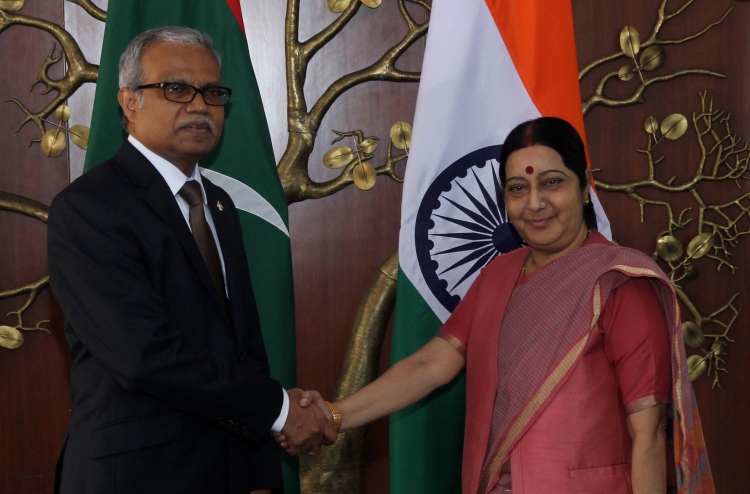 The contentious free trade pact, which cemented the close relations incumbent president Abdulla Yameen has been developing with China since he came to power, had sparked concerns from India, particularly over China’s increasing influence in the Indian Ocean. A recent panel discussion held on Indian television saw an expert calling to change the current government of the Maldives, using Indian forces if necessary. However, the Indian government has yet to issue an official statement regarding the FTA.

In an interview to state media Public Service Media (PSM), foreign minister Asim proclaimed that the free trade pact with China was a pivotal agreement for the betterment of the Maldives’ economy, but it would not dent the archipelago’s relations with any of its other allies.

“Especially our neighbour India; we have maintained a very old, very close friendship with that nation,” said Asim, describing India as an important ally.

Asim went on to highlight the continuous aid the India government had provided for the Maldives in various sectors. He particularly stressed India’s prompt response to the Maldives’ SOS on November 3, 1988, to successfully halt one of the most shocking coups in the history of the island nation.

The FTA was the result of three years of negotiations between the Maldives and China.

The parliament had green-lighted the FTA with China at a special sitting held in November 29. However, the Maldives’ opposition greatly criticized the fast-tracking of the FTA through the parliament, and raised fears that the pact would push the Maldives into a debt trap.