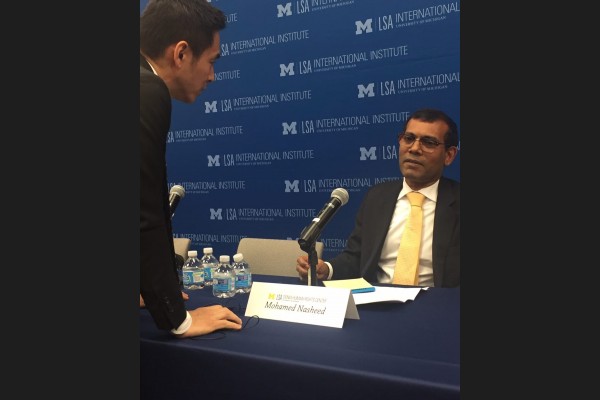 The actions of the present administration pose the Maldives to risk of war, says former President Mohamed Nasheed.

In a tweet posted on Monday morning, penned in Dhivehi, the former President noted that the Parliament was hijacked and the Yameen administration was engaging in activities that harmed bilateral relations with neighbours.

Such actions, he said, ensured that the Maldives was exposed to the threat of war. President Nasheed appealed to his successor to refrain from such activities.

His statement came after Maldives and China inked the controversial China Maldives Free Trade Agreement, much to the concern of regional partners, such as India. India’s Ministry of External Affairs recently said that India hoped that the Maldives would prioritize on India, the same way India prioritized on the Maldives.