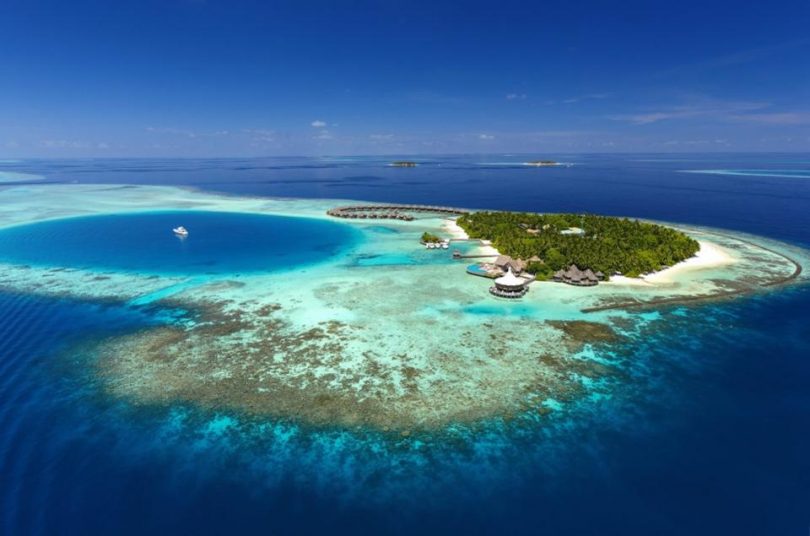 From the air, Baros Maldives resort is as stunning as it is up close.

The airline and hotel industries might be far more accommodating of pets lately, but it’s still not all that easy to take your furry pals on holiday with you. At Baros Maldives resort, you don’t need to. You’ll find a popular pet of another sort—the property’s exotic mascot—already waiting there for you.

Just about anytime you dive or snorkel within the 300-yard-long Baros house reef, Finny is highly likely to show up. Finny is a five-foot-long and curious blacktip reef shark.

Given that blacktip reef sharks are visually alike, Finny is the rare recognizable individual, one who gets his name for the conspicuous absence of his dorsal fin, which he presumably lost as a result of a non-lethal injury.

What a thrill it is at Baros to meet Finny up close, as well as to swim with healthy populations of sea turtles, rays and colorful fish with colorful names, such as surgeonfish, harlequin sweetlips, and damselfish.

The abundant presence of these creatures is a sign of how rich the coral reefs in the Maldives remain, considering that they haven’t escaped the stress of bleaching that reefs worldwide suffer. It helps that Baros is located within the North Malé Atoll, rather than at the outer atoll where the open ocean takes its toll on reefs.

Only the third resort built in the Maldives, Baros came to life under very humble beginnings as Italian divers in the early 70s discovered a reef system little known to the outside world. As they continued coming over the years, thatched-roof huts were built up bit by bit. 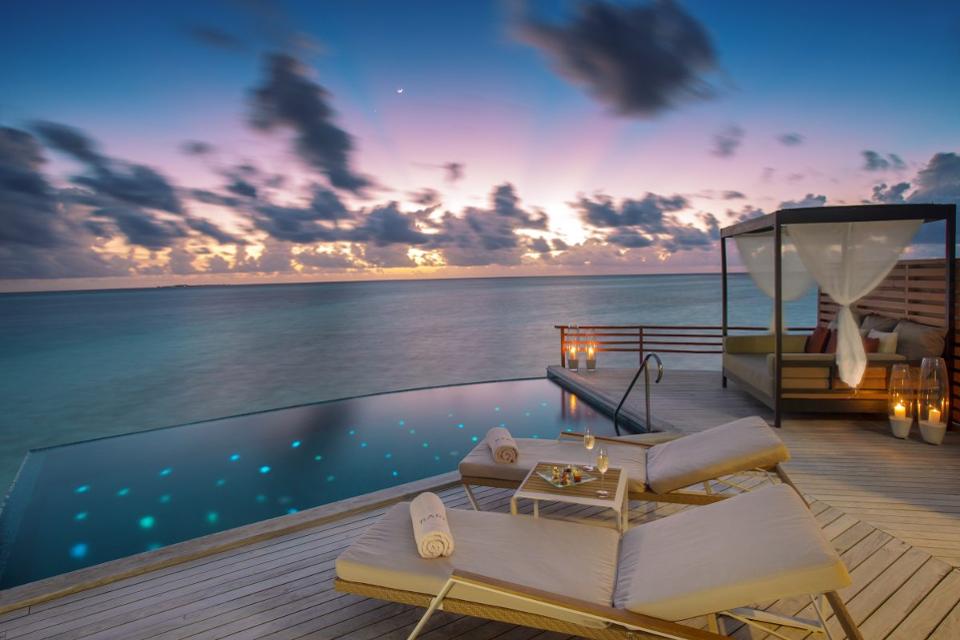