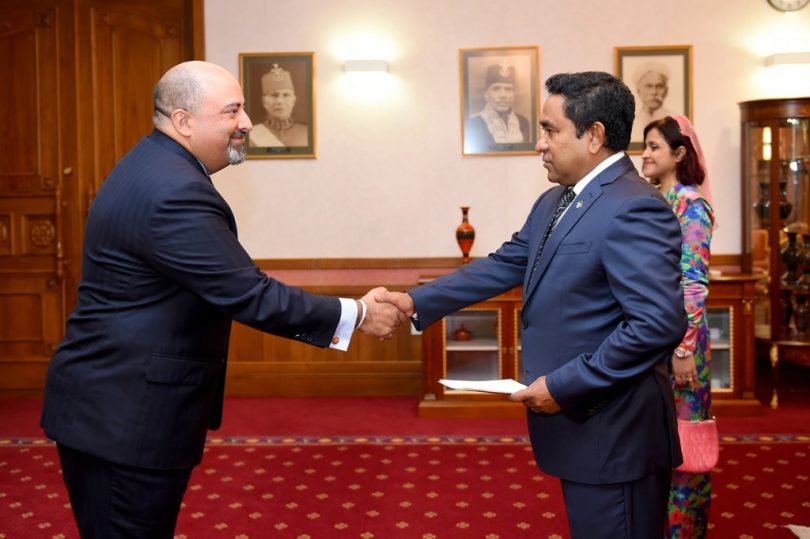 The original Dhivehi article was published on Avas.mv website on 9th April 2017. By Moosa Rasheed
The following is a loose translation:

Foreign nations, associations and NGOs attempt to interfere with the Maldives internal affairs is not something new and of which that started recently. When we dive back into the history it is clear that it is a huge interest of foreign powers to criticise and interfere into various internal affairs of the Maldives. A clear example is that Maldives was once under the colonial rule of the British Empire in some manner. The main reason for such influencing is that Maldives being strategically located in the Indian Ocean. Hence, the intervening, pressuring and squeezing Maldives ensues.

Leave that aside and on to the other side of this debate. In this globalised world, superpowers will always criticise other nations. The reason is that it is a globalised world and even Maldives cannot be outside the sphere of influence. Developed societies will guide, highlighting what was improper when things do not differ from the declarations of organisations which Maldives has signed and are a party to. But this is not the way to address such issues. They should find parties on both sides and address the issue in an unbiased manner.

However, to date, are some of the foreign parties acting neutrally? Or are their criticisms lopsided to the party who may bring political benefit for them in the long run? If we look at some of the recent statements made by these super-powers on the political situation of the Maldives, you will have your answers. 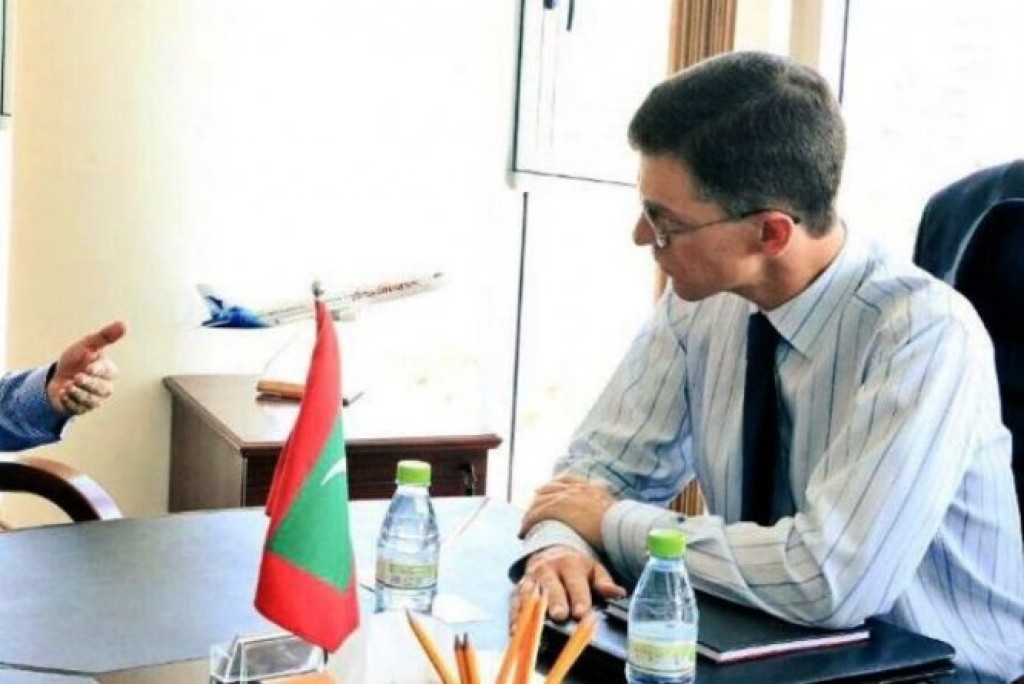 “The German Embassy is deeply concerned about the continuing erosion of democracy in the Maldives in recent days.

The non-confidence motion against the Hon Speaker of the Maldivian Parliament was defeated after the vote had been conducted in a way that clearly violated the rules of procedure of the Parliament.

The disturbing news about the ensuing harassment of opposition politicians is contrary to democratic standards. The ongoing worrying developments are clearly not conducive to the sustainable economic development of the Maldives.

Germany strongly urges the Maldivian government to respect democratic norms and to stop the harassment of media, opposition parliamentarians and civil society”

“We are concerned about irregularities ‎that impeded a free and fair vote in the Maldives Parliament on March 27. We call on the Government to restore faith in democratic processes by ensuring free and impartial proceedings in Parliament, free, and fair local elections, and basic freedoms of press, assembly, and speech”. –  The US embassy in Sri Lanka said in their statement.

To summarise what these two statements are reiterating what the opposition said on the 27th of March after walking out of the parliament floor. If the opposition is talking as per the rules and regulations of the law then there is no issue that a foreign government repeats it. But they should at least hear out what the government coalition has to say too. They have to look at both sides of the issue. 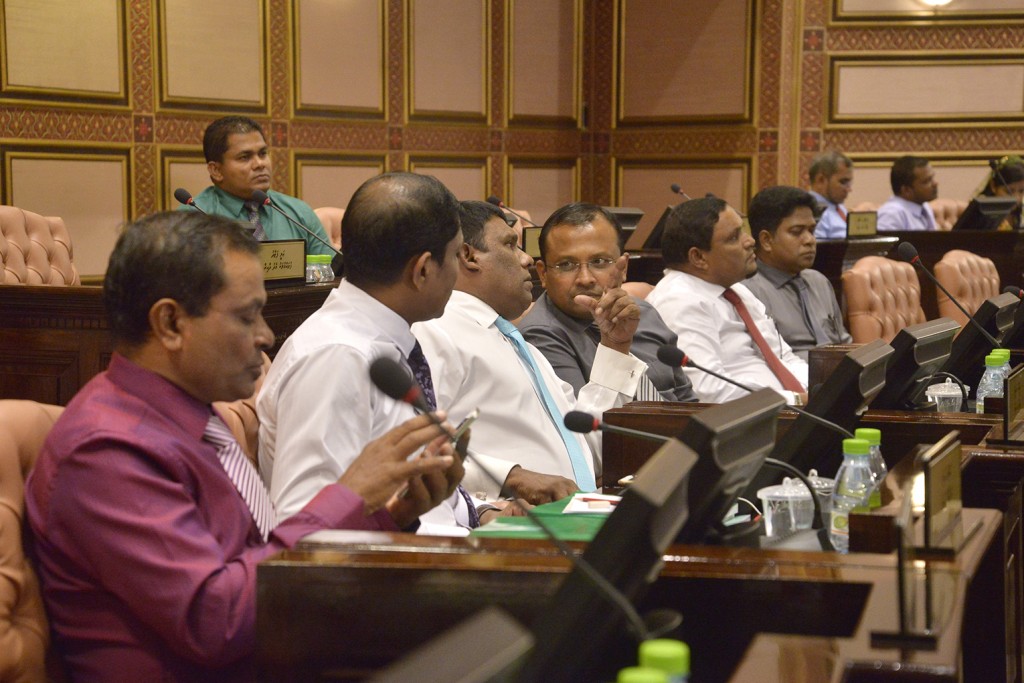 Then, how can we accept such irresponsible statement? It is clear that the statements from the foreign bodies are politically stained” 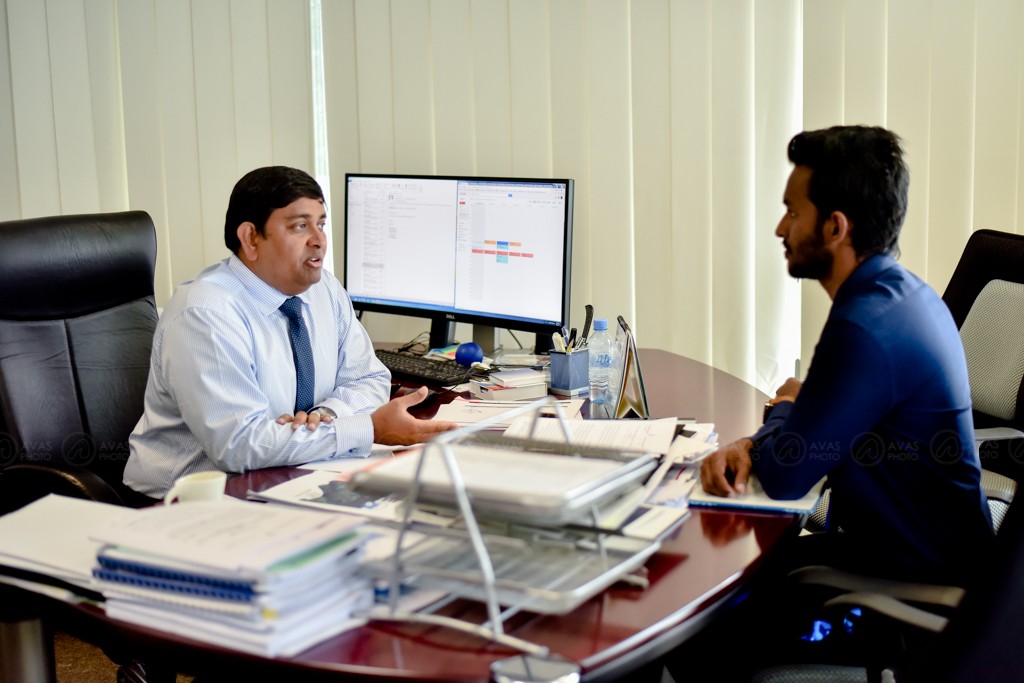 Another huge criticism from foreign entities is to allow the opposition to have the opportunity to participate in the debates in the parliament and respect the norms of democracy. While they say that, any sane person will know that each individual member to verbally give their vote is the most transparent vote method that can be taken. Is not addressing issues which impact the citizens being conducted in the most transparent manner the best democratic way?

While some nations criticise based on what they heard from the opposition we have to see how things really are in that nation too. Last week the US was most criticised because they launched a missile attack against Syria without respecting the laws and regulations and without any consent from the house of representatives and the senate.To conduct such a direct attack against another state, getting the consent of the senate is what their opposition debates are about.

When Germany calls to ensure the rights enshrined in democracy, it’s not long ago that a case where they spied upon foreign journalists was revealed. Is not reading emails of journalists and listening to telephone calls of journalists taking away several rights all at once?

That’s why I am saying that what has happened is very clear. The foreign nations criticisms are heavily lopsided in favour of the opposition, in this way they will gain politically. Because the opposition has an approach similar to the colours of these nations that is why they are nodding their heads in agreement to whatever they say.”, Minister Shainee said.

If the foreigners give constructive criticisms Maldives will also have to accept it. However, when they are always bigoted it will be difficult to embrace them. The opposition claims that the foreign nations criticisms are justified and on the dot. However, the government is not too keen to listen to these as the government wants to isolate the Maldives from the rest of the world. But the question is why do we have to bow to whatever criticism which comes from a foreign nation? Maldivian’s issues need to be dealt by Maldivians. Isn’t it time we find a solution to our issues internally?