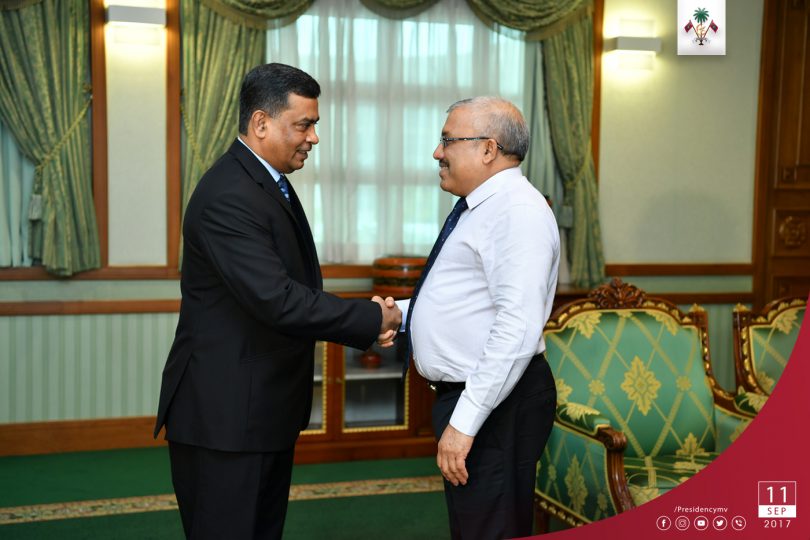 The Ambassador of the People’s Republic of Bangladesh H.E. Rear Admiral Akhtar Habib, has paid a courtesy call on Vice President Abdulla Jihad, this morning at the President’s Office.

At the call, the Vice President expressed his sincere gratitude for the generous assistance and continued support rendered by Bangladesh for the socio-economic development of the Maldives. The Vice President also highlighted on the 39 years of bilateral relations between the two countries and expressed his confidence in enhancing the relations to new heights during the coming years.

The Ambassador expressed his gratitude for the warm welcome extended towards him, and conveyed greetings and good wishes of the Prime Minister of Bangladesh.

Moreover, The Vice President and Ambassador discussed areas of mutual interest that could be further expanded, including trade and commerce.

The Vice President was accompanied at the meeting by the Minister of State at the President’s Office, H.E. Mohamed Naseer and Secretary, Bilateral at the Ministry of Foreign Affairs, H.E. Ahmed Khaleel.