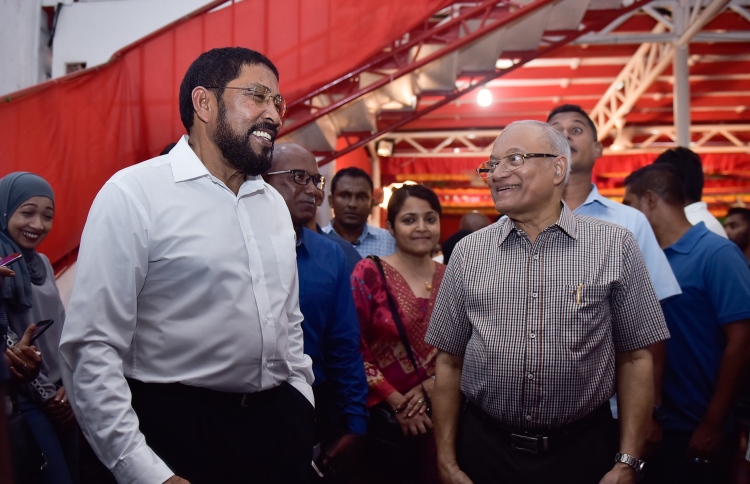 If President Abdulla Yameen is sincerely keen on restoring stability to the nation, he should first free the opposition leaders, the new opposition coalition said on Monday.

The opposition parties said this in response to President Abdulla Yameen’s all-party talks invitation last Wednesday. He had requested members of the opposition to submit in writing their suggestions and amendments for their desired reform.

In a press release that was issued on Monday, the opposition coalition had called the all-party talks initiated by the president a “cunning move” to deceive the international community that has been pressuring the Maldives as of late. It further alleged that the president is disingenuous in his intent to hold the talks.

The opposition coalition had prepared a list of reasons why they do not want to adhere to the president’s call to hold civil talks between the ruling party and the opposition.

These reasons include the government:

The opposition also alleged that the president is personally involved in mass corruption scandals, and noted that they do not want to be affiliated with corruption.

“We do not believe that the aforementioned issues are up for discussion with political parties; these are points that the government will have to amend themselves,” the statement said.

The government has on multiple counts taken the initiative to call for all-party talks previously. However, the talks had fallen through due to prior conditions put forward by opposition parties, which the state had refused to meet.

The main condition put forward by opposition parties in the past was to allow their convicted leaders, who are serving jail sentences, to be allowed to participate in the talks. However, the state had refused to meet the condition and this time was no different. State representative Dr Mohamed Shainee declared explicitly last week that no prior conditions must be placed on the table by any party prior to the talks, and that any political leader that is incarcerated or convicted and about to begin a prison sentence will not be allowed to participate.