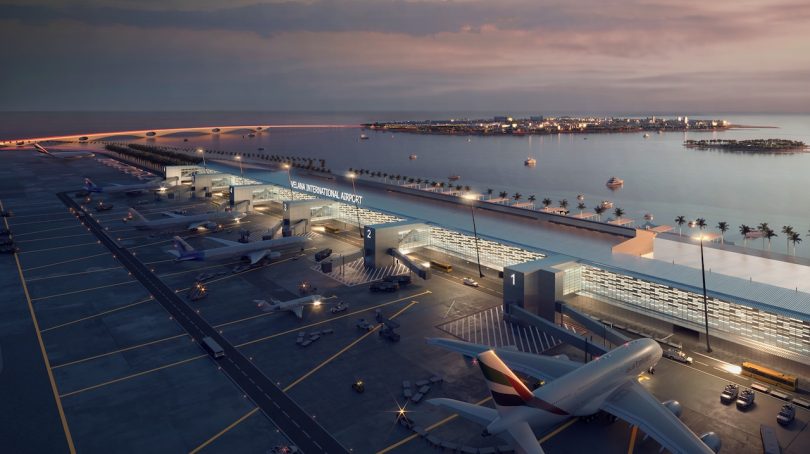 The original Dhivehi article was published on Avas.mv website on 16th August 2017.

It was just recently that one of Thailand’s wealthy tycoons invested in a mega-project in Emboodhoo Lagoon. We are talking about hundreds of thousands of dollars here. To be precise, more than billion dollars. His decision to proceed with the investment was getting the assurance of the development of Velana International Airport (VIA). This is just a small example. The focus of every investor coming to Maldives’ is at the airport. Question is, why is the rapid development of the airport so crucial to Maldives?

‘Maldives airport was of the first things we studied prior to our investment. When we got the assurance of airport development, we decided on investing,’ Singha Estate‘s Chief Investment Officer Thiti Thongbenjamas said.

When we think of airport development, the first thing to pop into our minds is India’s GMR Group; the project they conducted to develop and operate the airport. However, due to that period’s politicians ‘influencing’, they ceased their work and went back. Since then the airport became old and barely functional, and now, again its development works have begun.

Currently, there are multiple works ongoing at the airport, side by side. The total cost of the airport development project is estimated to reach 1 billion dollars and this project is financed through loans from different financial institutions and different countries.

A 3400 meter long and 60 meters wide, a modern runway, is planned after laying a 200-millimetre thick foundation. This project is carried out by a 400 million dollar loan from Exim Bank of China. 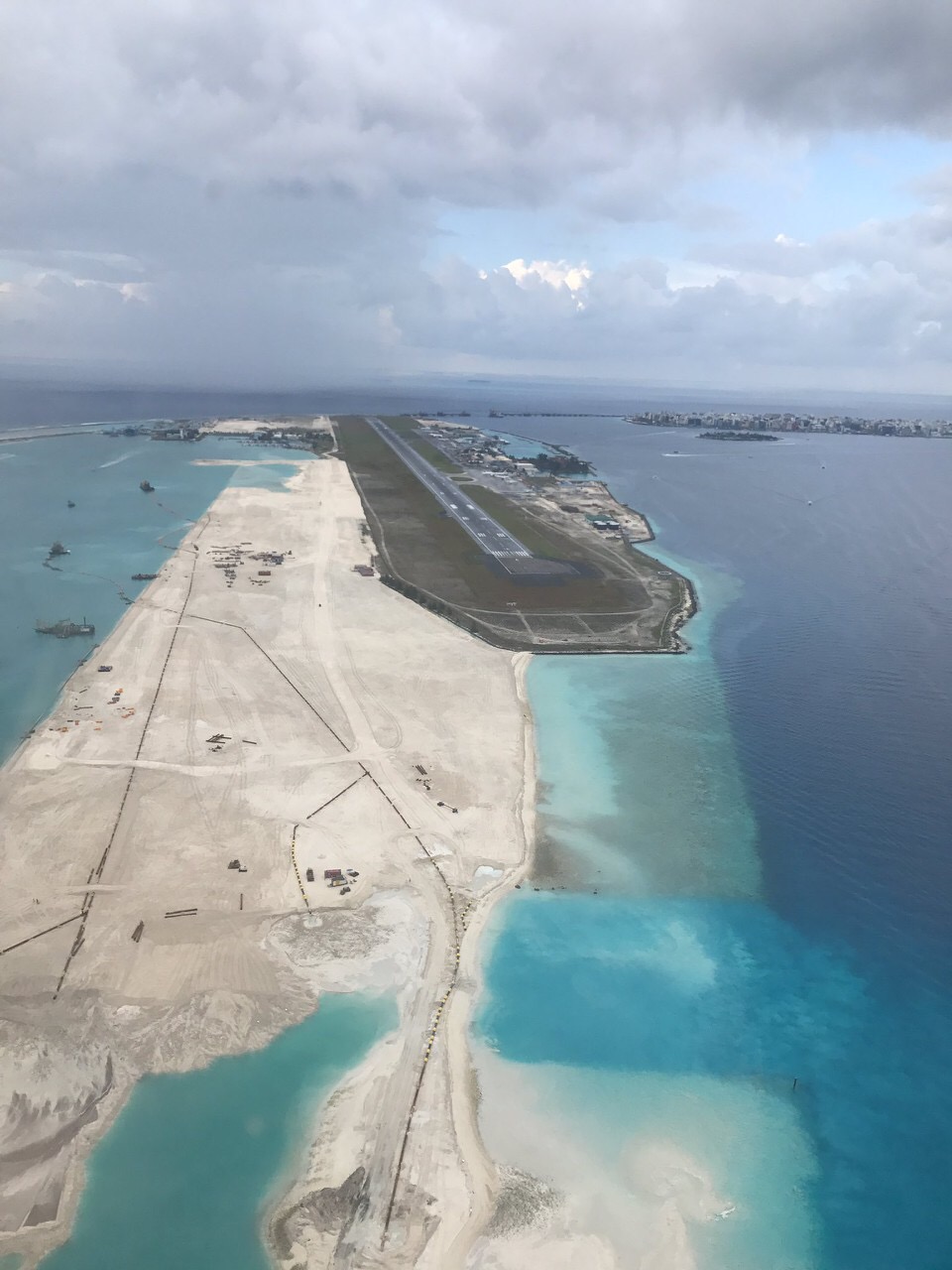 The new runway project is handled not by an ordinary company, it is done by world famous experts in these fields of work – Beijing Urban Construction Group Co. Ltd., (BUCG). 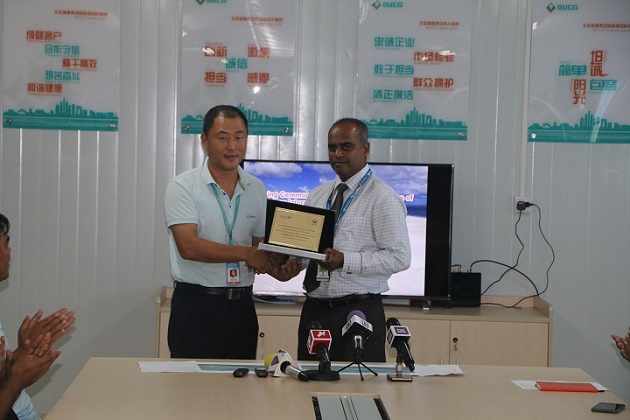 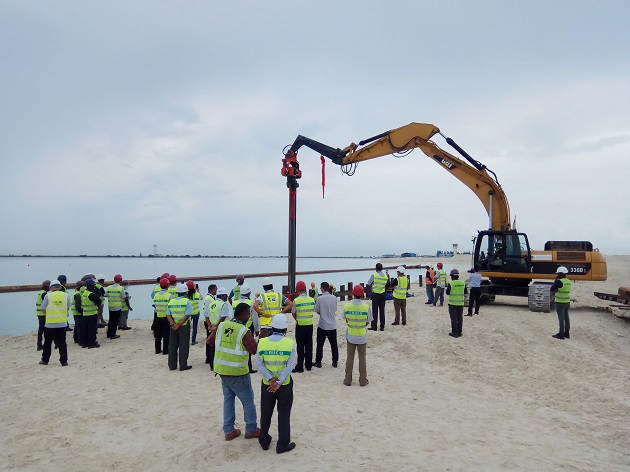 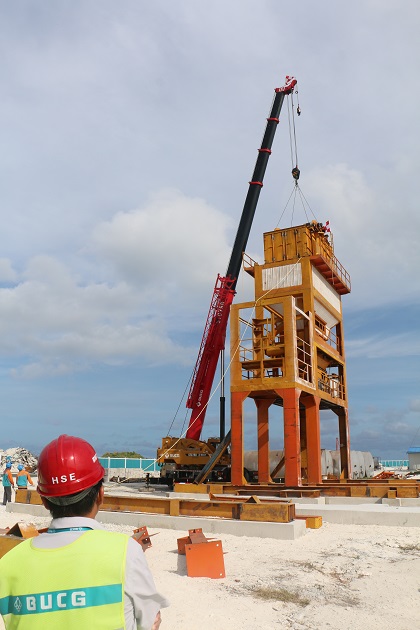 Under this runway development project, 62 hectares of land reclamation work has been completed and sheet piling work is currently underway. 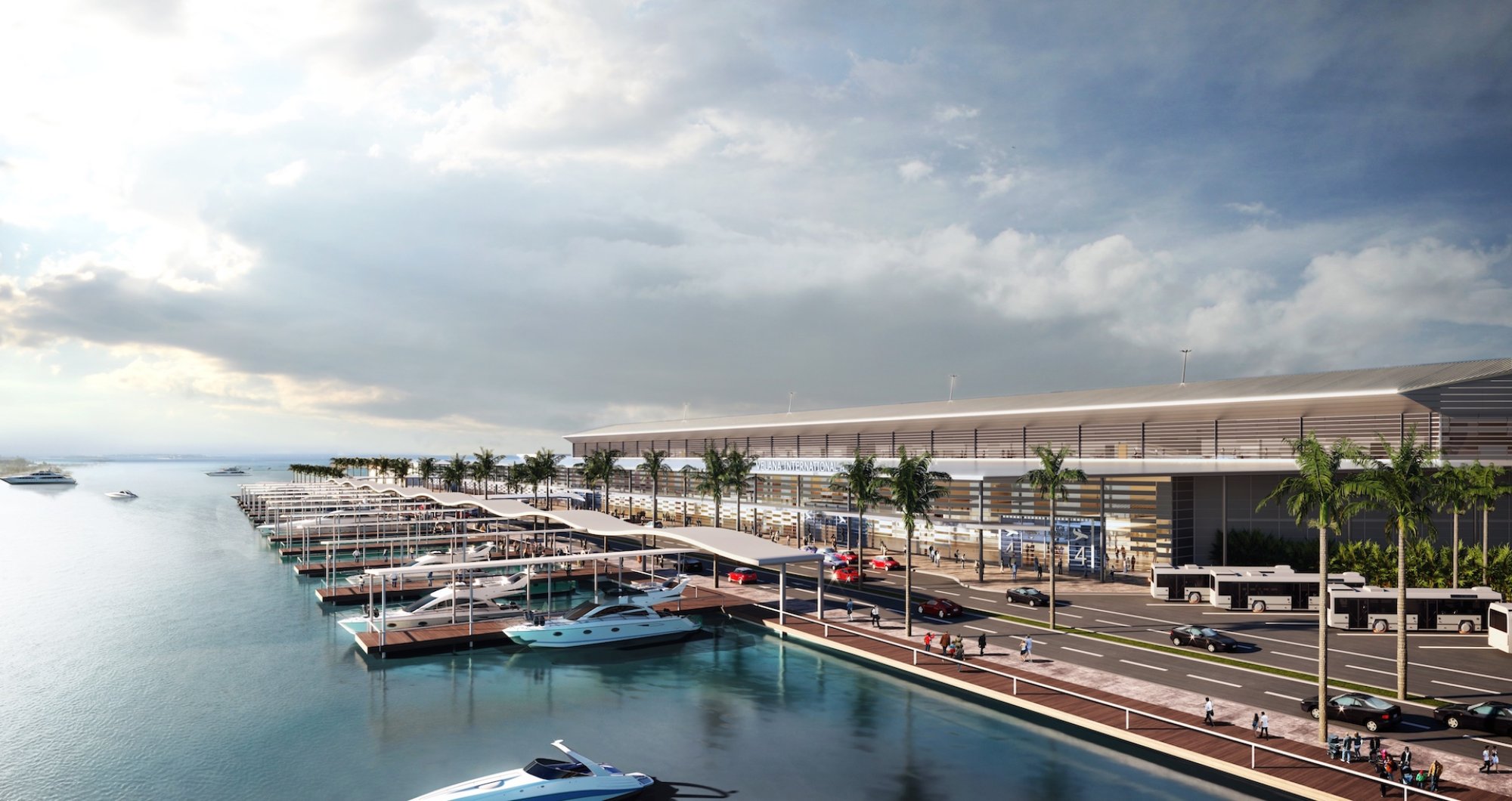 The new passenger terminal work is carried by Saudi Binladin Group, a multinational construction conglomerate and is headquartered in Jeddah, Saudi Arabia. 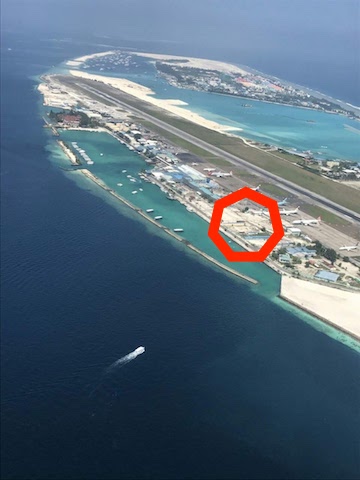 Location of the proposed terminal 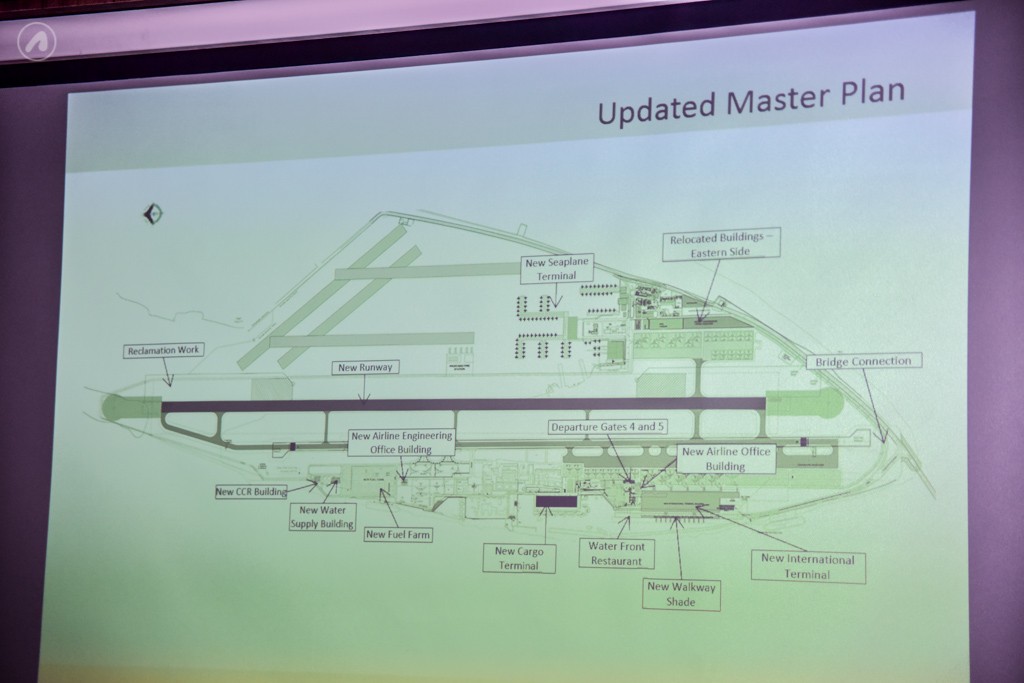 Master plan for VIA

In order to pave the way to make the new terminal, the land has been cleared and the company has already started the design works for the terminal. The government is developing the airport to welcome approximately 7 million passengers.

In addition to this, a fuel and cargo terminal, along with a fuel storage system will be built. 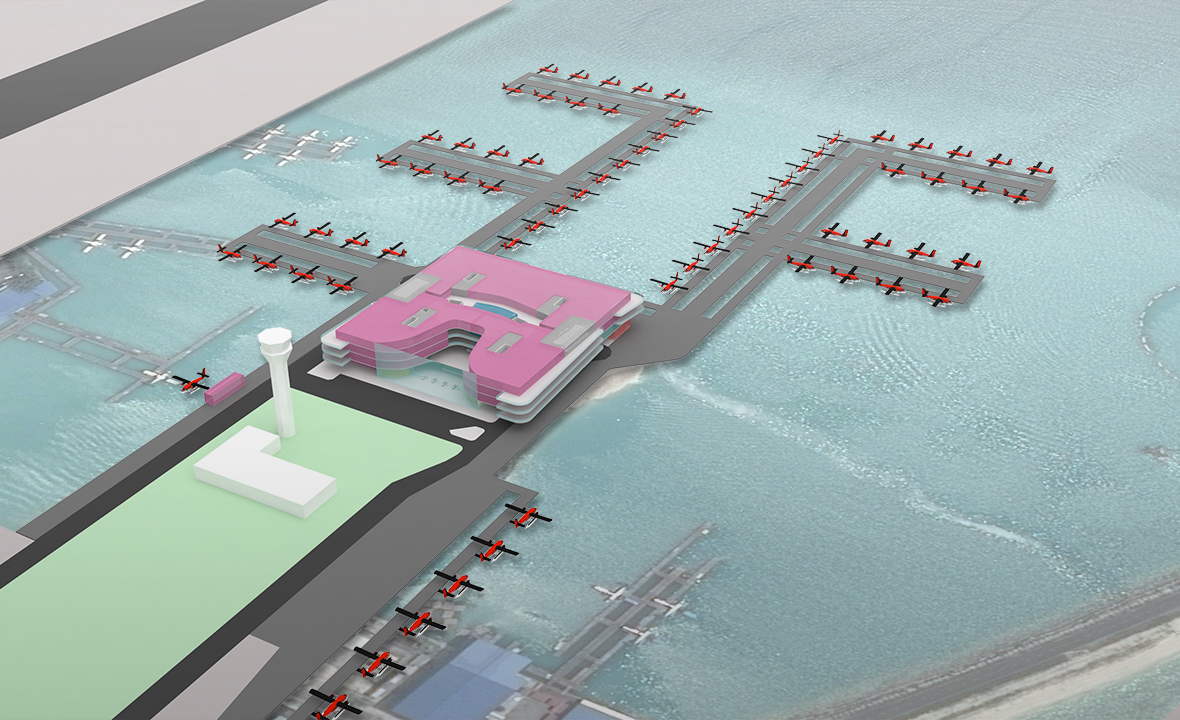 Economic Minister Mohamed Saeed said other than these works, 1.3 million Rufiyaa is invested per day for the current works. 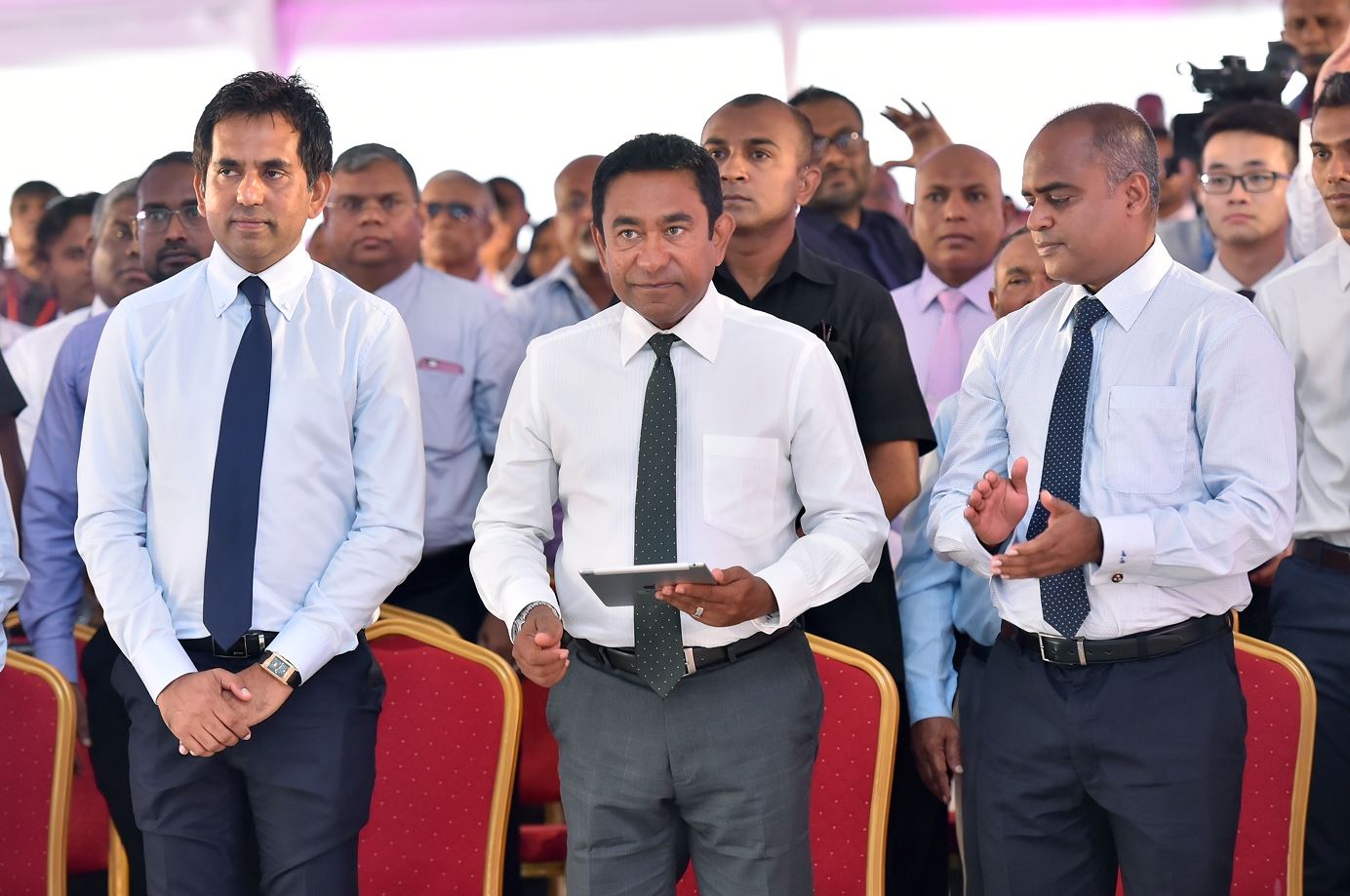 President of the Republic of Maldives, Abdulla Yameen Abdul Gayoom, inaugurated the official development of a new runway at Velana International Airport (VIA) in Hulhule

‘When we took over the runway, it was completely destroyed. If the north apron was not rectified, it would have harmed the tourism industry. As per the previous plan, there was no way possible to make a runway,’ Saeed said.

To sum up, the main airport development works are ongoing and the main focus is on completion.