The original Dhivehi article was published on Vfp.mv website on 5th August 2017.

When existing problems in Malé are overwhelmingly high, the one problem that make its top mark is, forcing Maldivians from different parts of the country to live in the already densely populated Malé city (due to the inequitable development of the Maldives). The efforts are relentless from their side. The result is overfilling, Maldivians having to live with this nightmare and having to face a different problem daily. Eventually leaving island dwellers with an everlasting bitter aftertaste. This bitter aftertaste remains due to the fear of facing even more, overcrowding, due to the imminent burden, in the form of a ‘milestone’ for the government. Since everything has a limit, the capital island, Malé, has a land capacity of 2.2 square miles (5.8 km²), which can take only so much. This doesn’t apply just to Malé. However, no matter whoever is in the leadership, the ordeal that they let the Malé island dwellers suffer through is merciless. Efforts to overloading the low lying Malé island, by stacking up floors on high-rise buildings without care of how all those tenants would suddenly evacuate out of the building when in the case of emergency, will leave anyone with nothing less than a bitter aftertaste. 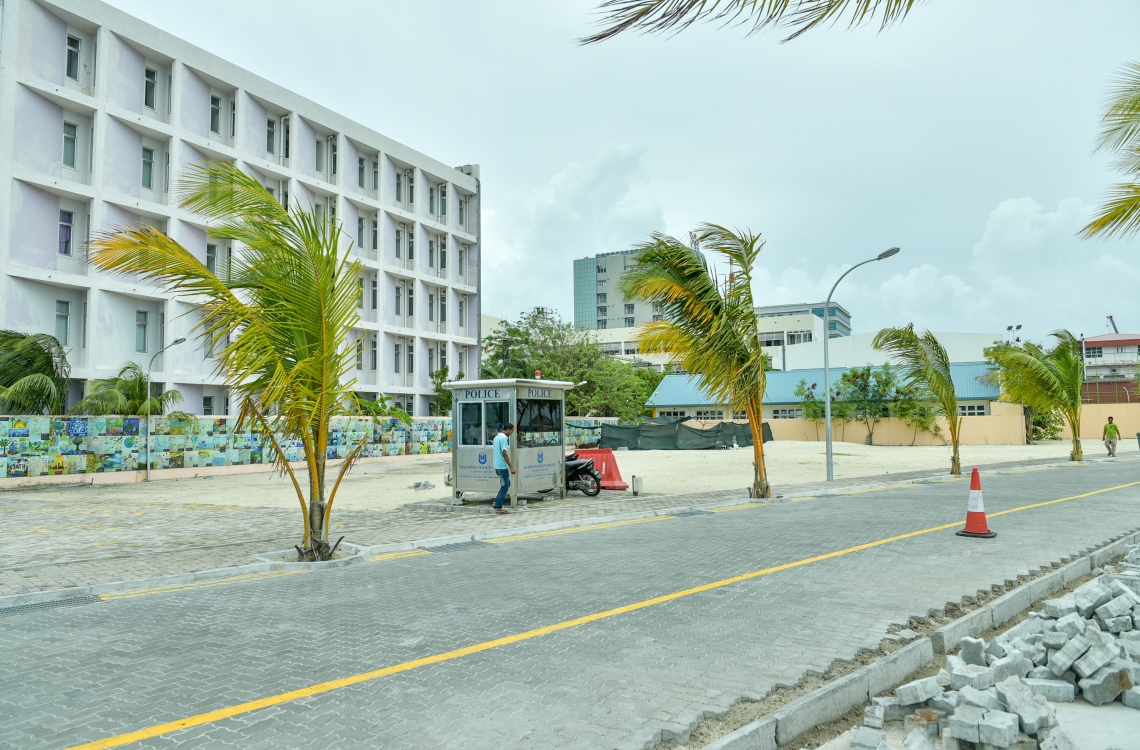 When the situation of Maldives has been already disturbing like this, suddenly we were hit with this new plan to build a huge 350 luxury apartment condominium near Rasfannu Artificial Beach (recreational beach area on the west side of Malé). Rasfannu beach area was built controversially by breaking up the protective tetrapod seawall (the tetrapod seawall was constructed by the Japanese government on grant aid), dredging the lagoon to create a swimming area and by demolishing some of the nearby buildings. It created traffic congestion issues at nearby Rasfannu, thereby disrupting the whole traffic flow of Boduthakurufaanu Magu (the outermost lying street of Malé), followed by other problems. Nonetheless, Rasfannu beach gives back a great deal of happiness to people.

Having said this, the 350 flats are not at all necessary to be built in that area. For plenty of reasons. However, based on the behaviour of the stubborn government and actions of the Housing Minister Dr Mohamed Muizz, this will happen. 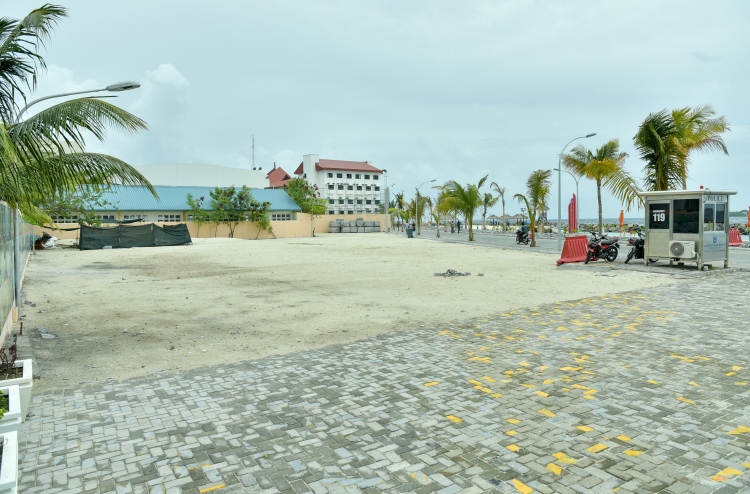 In order to start this construction work, where the government gets only 120 flats out the 350 flats, part of Social Center (Sports complex in Maafannu) will be demolished and the adjacent empty land nearby Rasfannu will also be taken up for the construction of the proposed flats. That area will eventually turn into a concrete jungle.

Question is, isn’t there any other way, President Yameen’s housing policy shall be fulfilled without making that area a concrete jungle? Even now there are 2 schools in that area. There is also the Social Center. They will face problems due to the new flats. At the moment, a nice fresh breeze blows into the classrooms. However, after the new flats, the west side of the school will get blocked, leading to problems. None of these things are taken into consideration. This is one tough government. ‘Tough President’ is surrounded by also tough Ministers. Dr Muizz is especially one tough Minister. Therefore, there is no need for him to carefully consider, analyse and assess anything. 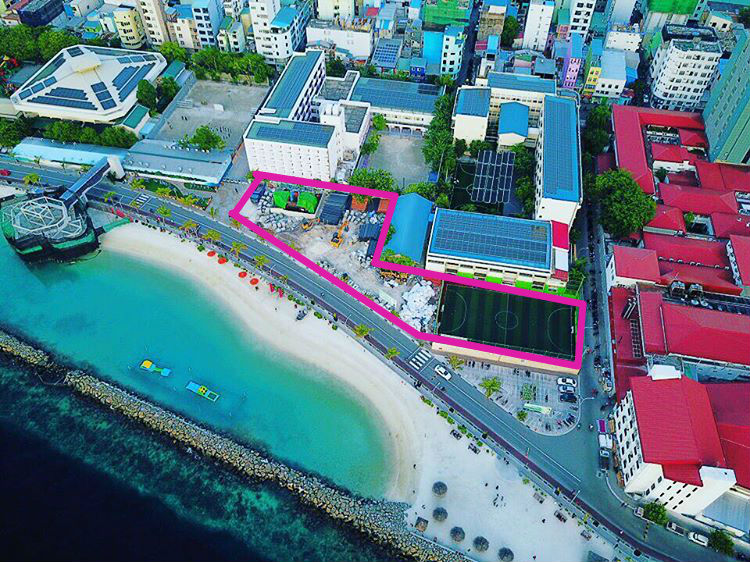 From Futsal compound which lies behind Thaajuddeen School (TS), till Social Center’s Netball Court, there will be 4 buildings in the flat project. In order to initiate the project, the Futsal compound lying west from TS has already been appropriated and completely wrecked up. Moreover, lands in Social Center under the Youth Ministry and the Netball Court, Table Tennis Hall, including the Netball, Basketball and Bashi Boalha offices’ removal has also been informed by the Housing Ministry.

Dr Muizz said the mixed development project for Rasfannu area has been given to Singapore’s Chang Hua Construction Pte Ltd., the same company that is constructing the 25-storey new IGMH building).

With attractive new designs, combined with mix facilities and giving it nice-sounding names, reveals to be just 4 buildings. The first 4 floors of the 4 buildings will be used for a car parking space, with a capacity of 500 cars and 300 cycles, said Housing Minister.

Apart from the flats, there will be commercial facilities, retail outlets and recreational space, Dr Muizz also added.

‘This would be a Singapore standard place. Here there will be 40% greenery and open spaces. It will be a pleasant and delightful place, that will bring great benefits. There will be job opportunities created here for the youths as well,’ Housing Minister Dr Muizz said. 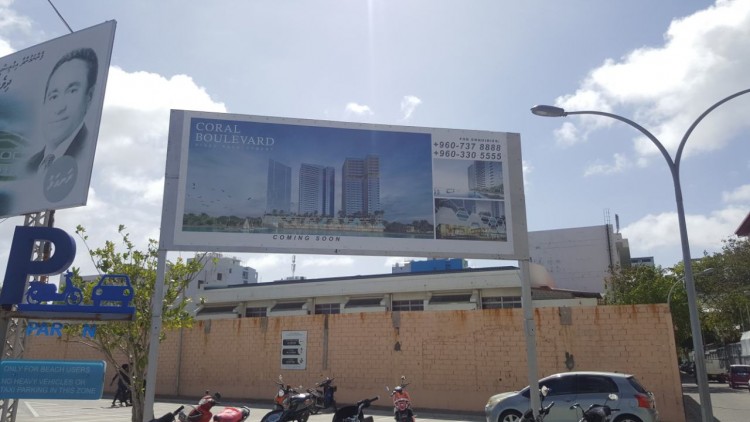 Even though, Dr Muizz assured that it will be an amazing place and up to Singapore standard, what is the purpose of building it here, where the land is blatantly scarce and there is barely an empty breathing space? They are developing Hulhumalé island, similarly, by challenging other countries, aren’t they? If that is the case, why not build it on the ‘Youth City’ – Hulhumalé and leave Rasfannu area alone as it is? Why focus on congesting Malé even further? What could be achieved from this?

Conversely, are they bound to benefit tremendously to their heart’s content from this project as well? What is certain is that flats along with its numerous facilities, will not help with the current condition and will only contribute to more overfilling of Malé. Besides, it is highly likely that the recipients of those flats will certainly won’t be the ordinary Maldivians. To afford one of those Singapore standard flats won’t be easily possible.

When Malé’s current situation is worse as it is, to further congest it, definitely a hidden agenda will be behind this. Even though they might benefit from overpopulating Malé in the short term, the danger posed by it in the long term will undoubtedly be unimaginably grave. By taking advantage of the remaining empty space of Malé, if not worsening the living conditions of the struggling inhabitants of Malé citizens, what else could there be?