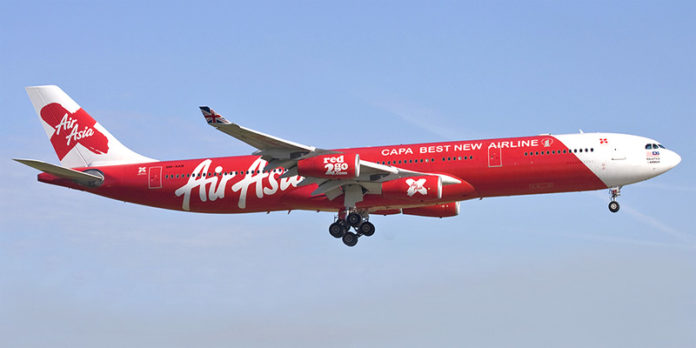 Malaysian low-cost airline AirAsia has announced that they are to expand their operations into the Maldives with the introduction of long-haul affiliate AirAsia X in addition to the daily flights currently operated by the main airline AirAsia.

In a statement released by AirAsia, AirAsia X would operate four times weekly from Kuala Lumpur-Male service starting February 6, 2018. The new service would be flown using an Airbus A330-300 aircraft.

“As the only airline servicing direct flights to the Maldives from Kuala Lumpur, our short-haul affiliate AirAsia has seen tremendous growth on this route since its commencement, adding over 130 percent seat capacity early last year when flight frequency was increased from three to seven flights weekly,” AirAsia X Head of Commercial Barry Klipp was quoted in the statement, as saying.

“Despite this increased capacity, we continue to see robust demand from our wide network and we hope that with this additional service offering a larger capacity on our A330 aircraft, we will be able to capture this demand and further build our market dominance in the Maldives.”

In conjunction with the added frequency, AirAsia is offering introductory promotional fares as low as RM 199 (USD 49.68) all-in fare for one-way travel, inclusive of taxes for all Maldivian flights from now until January 14th for immediate travel until May 6th, 2018.
These additional flights will bring the total weekly flights of AirAsia to 11 with an annual capacity of over 287,000 seats between Malaysia and Maldives.

AirAsia’s added capacity and frequency are expected to boost arrivals from the region as well as benefit tourists from the other parts of the world who arrive in the Maldives via Kuala Lumpur.