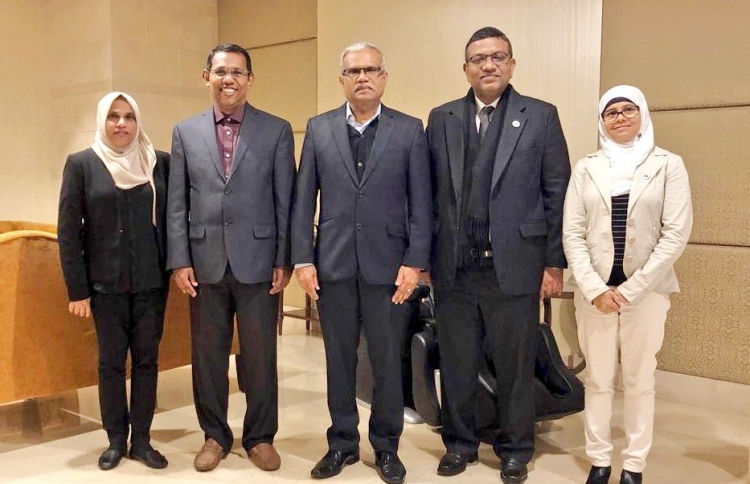 The Maldivian foreign minister Dr Mohamed Asim left for India as a special envoy of President Abdulla Yameen on Wednesday.

This visit comes amidst talks of high tensions between the neighbouring countries.

The Maldivian delegation is set to pay a courtesy call on Indian Prime Minister Narendra Modi during the visit. According to Indian media, they would meet with India’s Minister of External Affairs Sushma Swaraj to discuss the India-Maldives diplomatic relationship as well.

The talks of a strained relationship started after the Maldives signed the Free Trade Agreement (FTA) with China, granting them more power in the Indian Ocean.

Both the Maldives and India dismissed the rumors. The Maldivian ambassador to India, Ahmed Mohamed, claimed that everything was fine between the two nations while Sushma Swaraj said that India would always be the first friend of the Maldives.