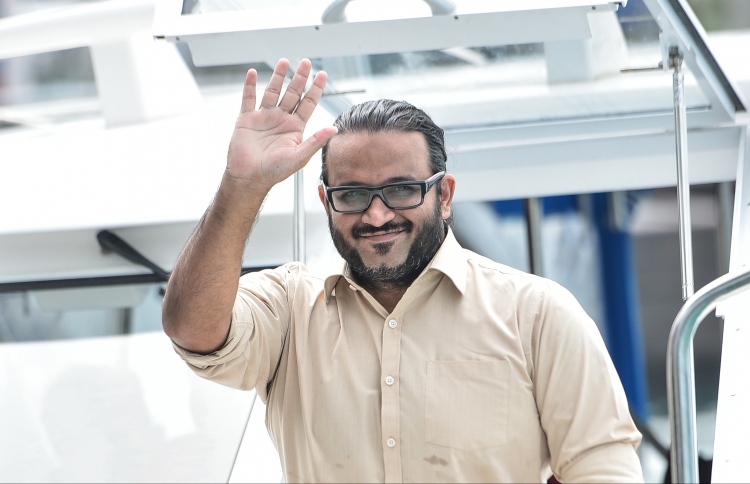 Even though jail cell inspections are usually conducted by Dhoonidhoo police, Adheeb’s cell was checked by a forensic team, said his lawyer Moosa Siraj.

Moosa added that he could not understand why the inspection took place in the cell where Adheeb is serving his 33-year jail sentence.

Adheeb’s jail cell was raided for allegedly sending text messages to political leaders from a mobile phone he was said to have in possession.

Police have not yet confirmed whether they found a phone in Adheeb’s cell.

The former VP’s family said that he was suffering from glaucoma and accused the government of not providing sufficient treatment for the deterioration of his eyesight. In addition to this, his family had said that he had an internal cyst according to the doctors. In spite of this, the government repeatedly denied requests from his family seeking permission to send him abroad for treatment.

Adheeb has been convicted for his part in the largest corruption scandal in the Maldives to date and for an assassination attempt on President Abdulla Yameen in September 2015.