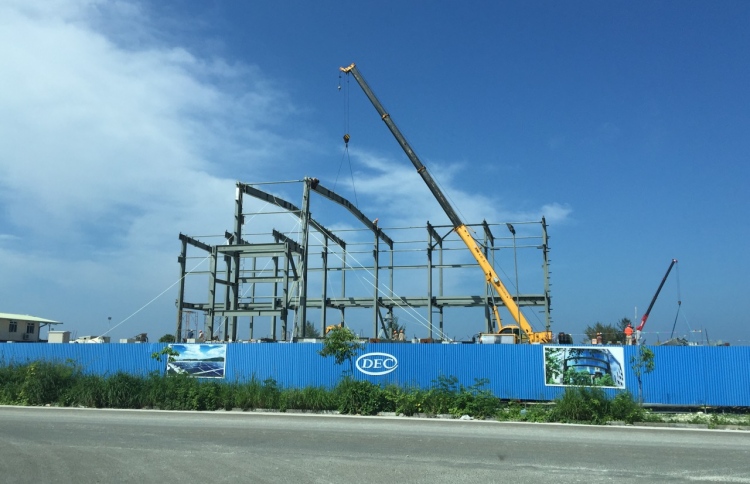 Development of a 50 megawatt power plant in Hulhumale by Dongfang Electric Corporation of China.

STELCO’s director Ibrahim Rauf stated Wednesday that the cable will be laid via the landmark bridge being developed from Male to airport island Hulhule, which lies between the capital and Hulhumale.

According to STELCO, a 50-megawatt power plant being developed in Hulhumale by DEC would power a 132-kilowatt high voltage cable that would be laid between the suburb and Male. Rauf stated that the cable would provide emergency power to Male as well as Hulhule.

The company did not disclose when it would sign the agreement with Dongfang or a date to commence the project.

STELCO is carrying out its fifth power project in Hulhumale, which has an expense of MVR 1.2 billion. The project is carried out in three parts, comprising of the establishment of six 8.9 megawatt generators, a fuel farm, and a water desalination facility.