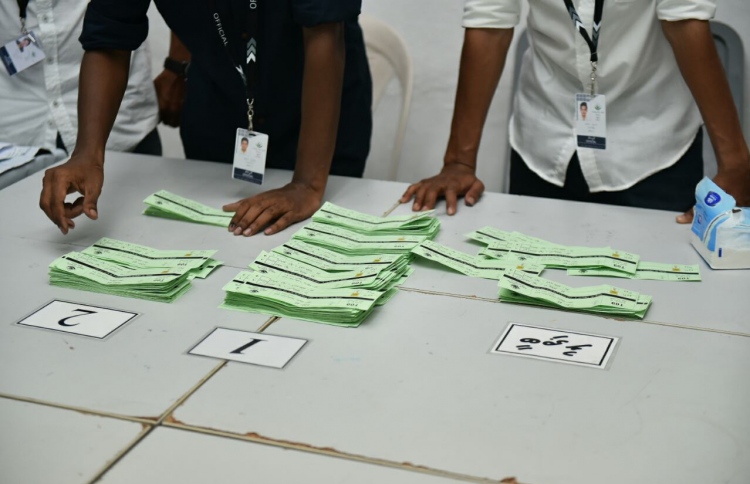 The original Dhivehi article was published on Mihaaru.com website on 15th September 2018

The opposition parties do not have the confidence of the Elections Commission (EC). There are many concerns and complaints related to any decision of the EC with the accusation that they are being influenced. In response to that, the EC has been reassuring the public that there will be no difference in the processes followed in this election to that of previous elections. In the last press conference held by the Elections Commission, President Ahmed Shareef stated that the process of voting, counting of votes and announcement of results will be carried out as it was done in the past.

However, questions have been floated on how the counting of votes will be carried out by the Commission in the upcoming Presidential Election on 23rd September. The accusation that after casting of the votes and prior to the verification of each individual ballot paper and prior to the announcement of the results at the polling centre they are to be entered to the tablets. If this is carried out, the results will first be known to the Secretariat of the Elections Commission even before the people at the polling stations.

This is contrary to the process followed in the previous elections. This is also not the thinking behind the formulation of the Constitution and the election laws which followed. The emphasis was then given to counting of the votes at the polling stations.

The issue of entering voting results to the tablets prior to announcing them at the polling stations was raised following the information given at the training session for vote officials.

Sourcing some officials, the MP for South Galolhu constituency, Ahmed Mahloof has stated that even though the Elections Commission has repeatedly stated in the media that tablets will not be used in the counting of the votes, the officials assigned to the ballot boxes are trained to first enter the results to the tablets after vote counting. And following this, the results of the votes are to be kept away from public view till the Elections Commission gives permission to release the result sheets to the public.

The process which was followed previously, and which is determined in the Elections Commission Act is that once the votes have been counted, the results are to be printed and published at the polling station first. The voting results are to be sent to the main elections centre only after this.

While speaking to Mihaaru news, the former President of the Election’s Commission Fuad Thaufeeq stated that prior to announcing the results at the polling stations it was not entered into an iPad or tablet in the previous elections. And if a process contrary to this is followed then there is room for questioning.

Fuad said that “The first thing after counting the vote is to announce the results, there should be no delay in doing this, it cannot be delayed until the result sheets are prepared, printed and signed, these are things which need to be done after announcing the results.”

Questions on how the validity of the ballot papers are checked

In this election where a president will be elected in the first round, 491 ballot boxes will be placed and 263,000 persons have the right to vote.

As per the Elections General Act, the total number of ballot papers printed for the election and information on where the ballot papers were printed must be announced publicly 5 days prior to the elections. Ballot papers must be printed not more than 1% to the number of persons registered to vote at a particular polling station. 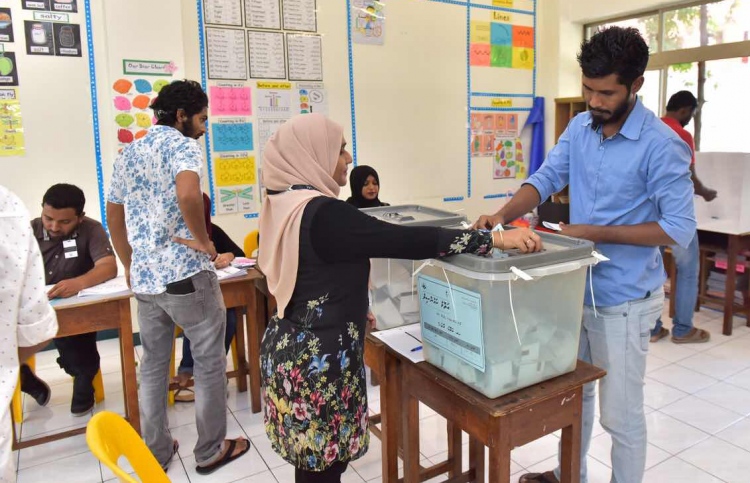 The President of EC, Ahmed Shareef said that there won’t any opportunity to cast fake ballot papers into the boxes this time, however as per the election reports, there were fake ballot papers discovered in certain ballot boxes in the 2013 elections. And in light of this, counting of the votes will be carried out after checking on the validity of the ballot papers during this election, Shareef stated.

The opposition still remains not satisfied in following this process. Various security features are included in the ballot papers while some features are visible to the naked eye, others can be detected using a light.

“After the public use the ballot papers provided by the EC, questioning the validity of the votes and declaring them void would lead a large number of the public to doubt the independence and ability of the Commission.” This was stated in the letter sent to the EC by the MDP raising concerns related to the issue.”

“If any official is given any opportunity to influence the results of the Presidential Elections, it undermines the protection availed to the citizens of the Maldives in exercising their basic right to vote.”

No difference in any matter

The Elections Commission member Ahmed Ikram reiterated that no process will be followed in this election which was not followed in the previous elections.

Even though false information has been circulated in regard to the use of netbook and in announcing the results of the election, the vote officials have not been given any new instruction in their training, Akram stated. He asked to identify the trainer in the EC training who gave the information which the opposition was circulating.

“Netbook and the software result checker of the netbook will be used similarly to how it was used in previous elections with no change” Akram stated.

Akram called to refrain from spreading false information creating doubt in the minds of the public while the Commission is working to hold a transparent, free and fair election in accordance with the law.

The voting and counting of the votes will be carried out in front of the political parties, representatives of the candidates, observers, monitors and the media. There will be little opportunity for voter fraud. It is most important that the public has confidence in the Elections Commission this election is one which is transparent, free and fair.