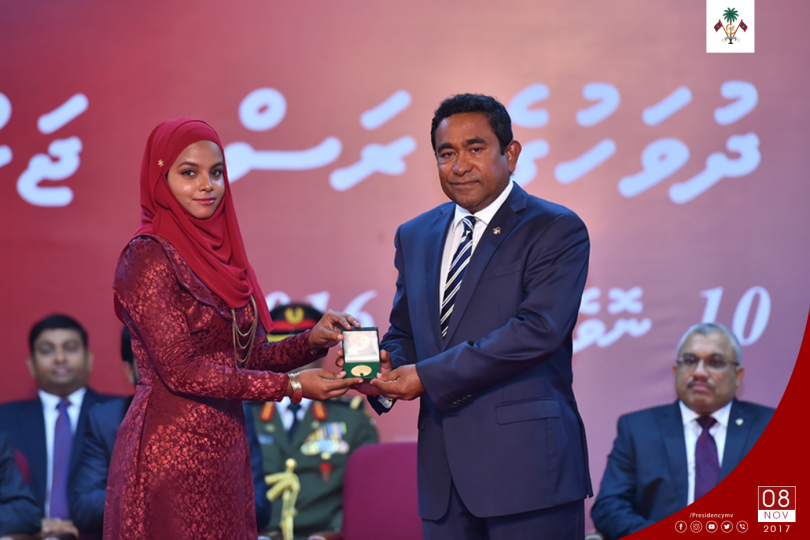 Three honourees will receive the medal for exceptional academic achievement within the Maldives National Qualifications Framework, and 20 honourees will be recognised for attaining the top ranking in a higher academic course or training. The Special Achievement Award for attaining top ranking in an international museum or contest will be awarded to a private organization this year.