With less than a year for the 2018 presidential election, Yameen’s speech was heavily focused on excoriating the Maldivian Democratic Party government of former President Mohamed Nasheed, who presided over “years of an overcast and dark season” that saw the arrest of political opponents and attacks against the judiciary.

“Those who talked the most about the MDP’s corruption are today rowing on that boat. They won’t talk about it today,” he said, referring to erstwhile partners such as former President Maumoon Abdul Gayoom who are now allied with the MDP.

Despite the “tyranny” of the MDP government, Yameen said international bodies such as the European Union failed to issue critical statements or adopt resolutions as they have against his administration.

But the present government is the only one that has upheld rule of law and equal treatment, he claimed, which was why “leaders soaked in self-interest” joined the opposition.

Contrary to the opposition saying he is isolated, Yameen said the Maldives was only estranged from “Europeans [or non-Muslims]” who call for legalising same-sex marriage and abolishing the death penalty.

“But the Islamic ummah and several large states are our brothers,” he said.

He went on to list metrics of development in the opposition stronghold of Addu City. Some MVR1.5 billion (US$97 million) has been invested in the southernmost atoll, including for the development of a 100-bed tertiary hospital, he said.

Media coverage ahead of the PPM rally meanwhile focused on forced attendance by civil servants and employees of state-owned companies.

The crowd of thousands was subdued and the speeches drew tepid applause.

An employee of the State Electricity Company spoke to the Maldives Independent after entering from the security check-point and leaving from a different exit.

“They are noting the people who are here. Once I go in from that side they mark my attendance. But they are not checking if we are leaving after that or not,” he said, adding that he was heading to a nearby café with a group of 20 co-workers. 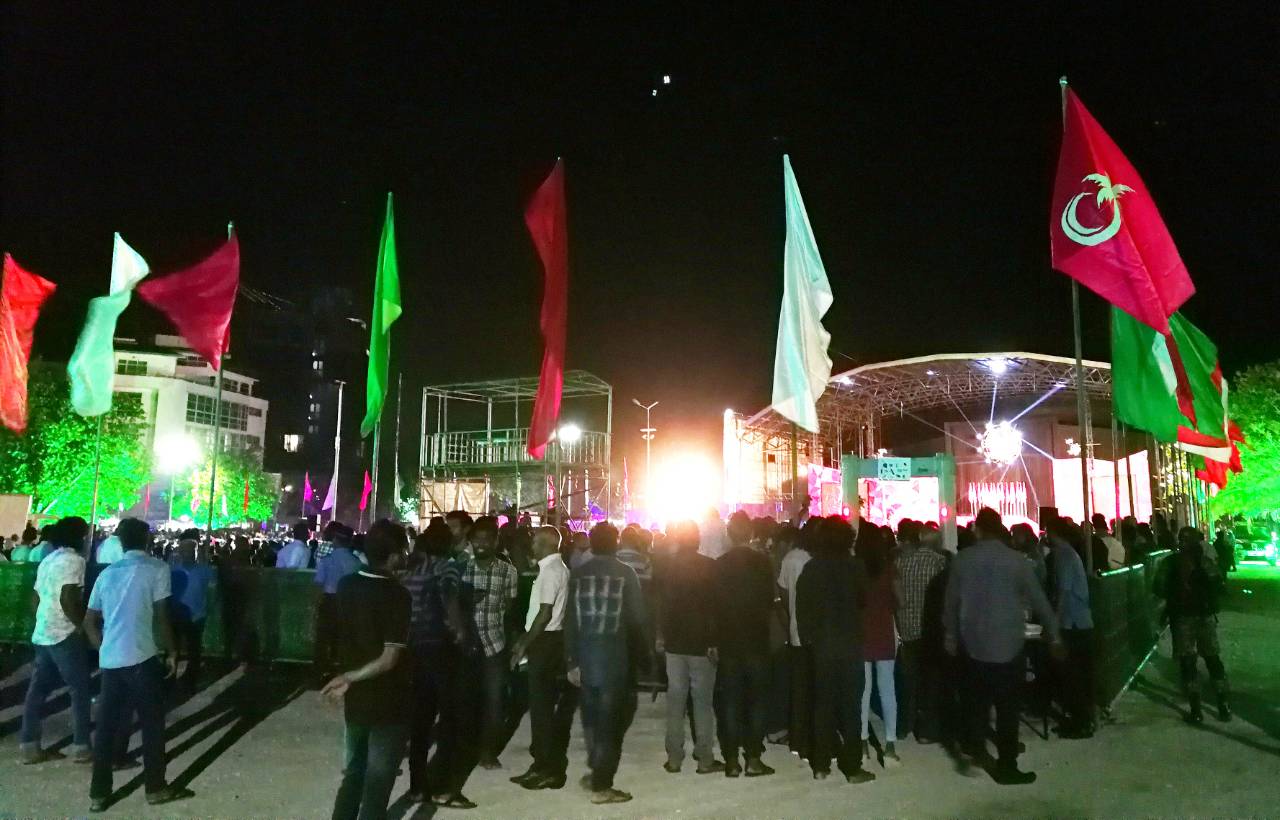 A civil servant who declined to be named said the staff were given invitation cards with serial numbers.

“Last time they threatened us with salary cuts and even sacking,” said an employee of the Maldives Ports Limited.

“This time it was not that way. We were told that it was not a compulsory thing. But they emphasised that the company will be grateful and appreciate all employees who attended the rally.”

Nearly a third of seats emptied after Yameen’s speech. A group of women heading out said that they were expected to stay “at least until the end of the president’s speech.” 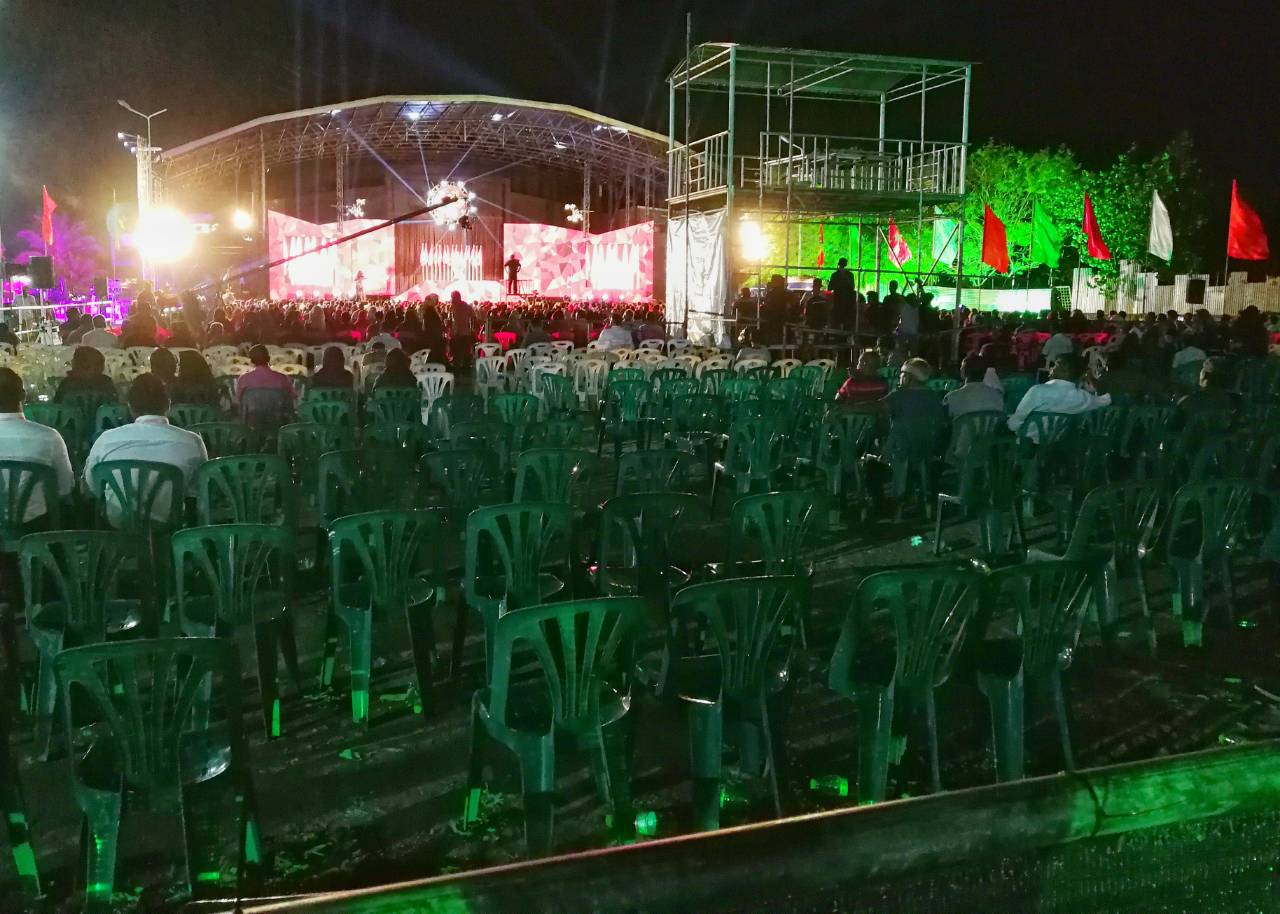 Yameen’s four-year administration has been beset by multiple political crises, a corruption scandal of historic proportions, and a bitter leadership dispute that split the ruling party.

Both opposition leader Nasheed and kingmaker Gasim Ibrahim have been convicted after widely condemned trials and disqualified from challenging Yameen in the upcoming election. 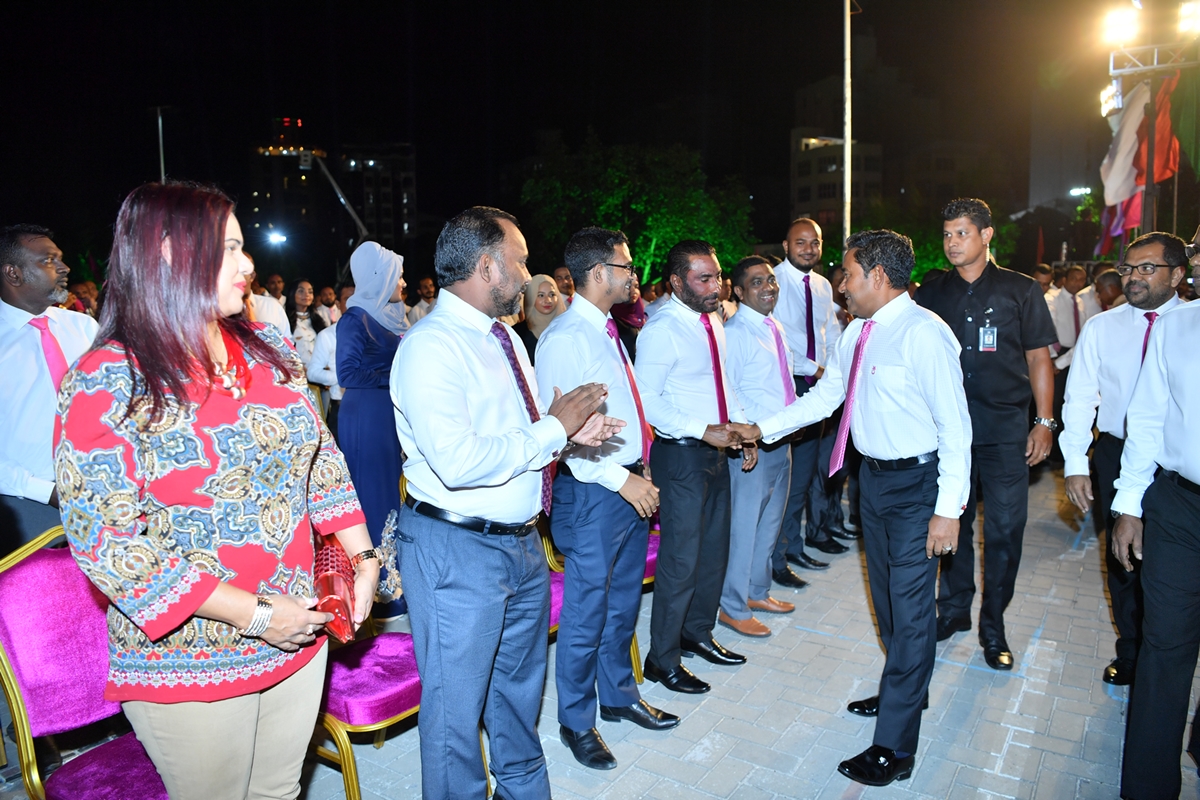 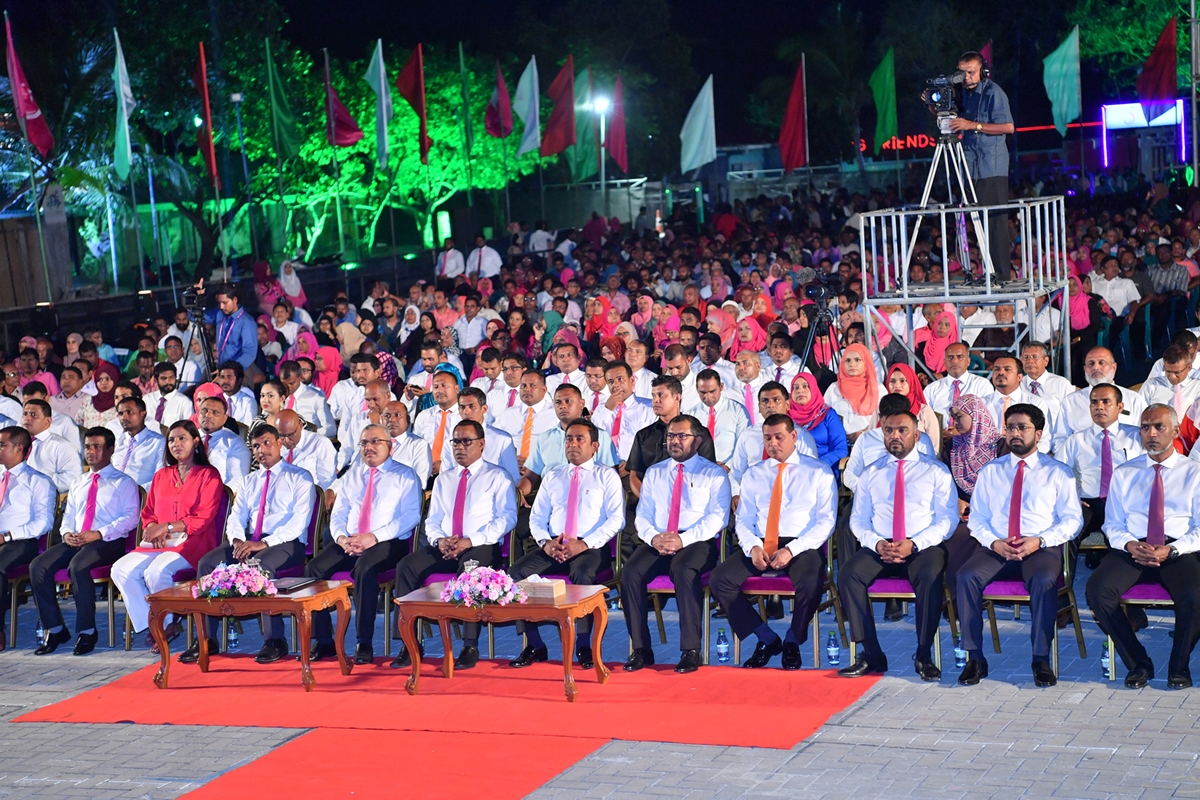