What is a proven method or formula of success? This is a question most of us have asked at some point in our lives and careers. Some of us have looked above, down and beyond for a secret recipe that will make it easier to cook up success and serve it in our lives. While some may think that those people who become successful are somehow luckier compared to the rest of us, most successful people would completely disagree. We have spoken to some of the most successful people on their path to success would prove that even they have gone through struggles and that hard work and dedication are key ingredients towards ultimately being successful.

In our small Maldivian society, there are plenty of individuals who are young with big dreams to fulfil. However, it often happens in one stage or the other, that when things become difficult and challenges overwhelm a person, they tend to give up on their dreams and leave the work halfway through. We at Corporate Maldives have had the absolute pleasure of speaking to numerous successful people over the past few years. A lot of them are people who have gone from beginners of an industry onto highly influential decision makers in that industry also entrepreneurs who took businesses from zero to successful conglomerates. Some of the advice given and strategies used by these people in overcoming the issues they faced on their path could help the rest of us to deal with our own struggles on the road to success.

One of the challenges that could be faced in turning dreams into reality could be breaking stereotypes. This could be to start something that hasn’t been done before, gender stereotypes, demographic stereotypes and others.

Mr Ahmed Naseer, the owner of White Shell Beach Inn broke the stereotypes when he started the first guesthouse on a Maldivian island. He had to face the difficulties of convincing the credibility of the project to his friends and the Islanders. Plus, he also had to find ways to market a holiday destination with no alcohol to visitors from overseas. Additionally, things didn’t work very well in the first year with not much profit, but he proved critics wrong when he turned the MVR 300,000 investment into an almost MVR 7 million business. The case of White Shell Beach teaches us that sometimes you have to follow your instincts and dive head in, knowing very well that you are doing something dangerous. “It was a huge risk and I knew that going in”, that’s what he said about initially renting the place and deciding to turn it into a guesthouse. 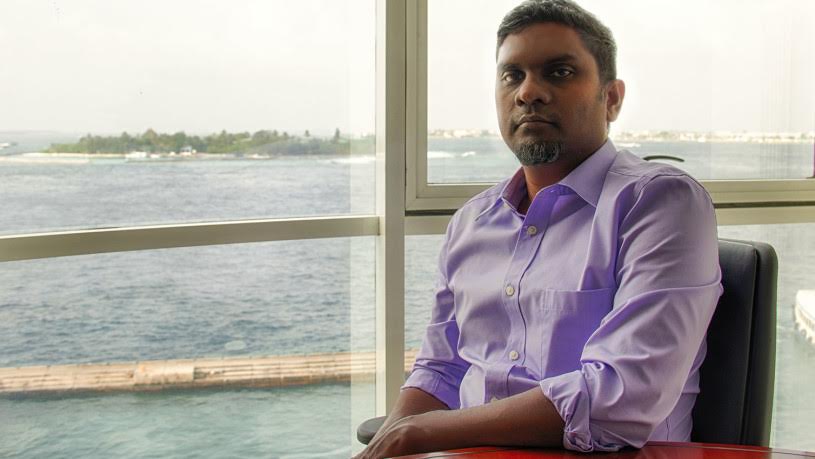 Hussain Hilmy, Director of Coco Collection is also a pioneer who took risky decisions which were considered insane in the industry back then and even now. Starting off as a Travel Operator in 1985, the company’s break came when Mr Hilmy and his brother won the bid for Makunudhu at a price which was considered ridiculously high for a newcomer in the industry. They were even told that their venture would turn out to be a complete failure. By keeping the vision to cater specifically to upmarket customers, Coco Palm Dhunikolhu was developed with the first luxury spa and plunge pools included in beach and water villas. This became a huge success and the resort was acknowledged for its style and quality by several awarding bodies. He went through the same disdain from industry when their Coco Prive – Kuda Hithi was offered to guests for USD 40000 to USD 50000. Again this decision also turned out to be a worthy one and they have hosted celebrities, billionaires, royalty and presidents. Now the company has started their luxury division coco collection and the rest is history. Although he had to face hardships such as not getting recognition from the industry for some time he never gave up on his dream of creating a Maldivian luxury resort brand. About building a 100% Maldivian brand, he said: “It’s our passion and not money that drives us to do great things.” It is individuals such as Mr Hilmy’s vision and persistence that brings innovation and success to local industries. For those of us who are looking into making a name for themselves in any industry, he advises “I would say that you shouldn’t give up. Dream big even if you face hiccups along the way. Be consistent in what you do and once you believe in something, you have to work for it. Nothing comes easy it’s all hard work that gets you success.” 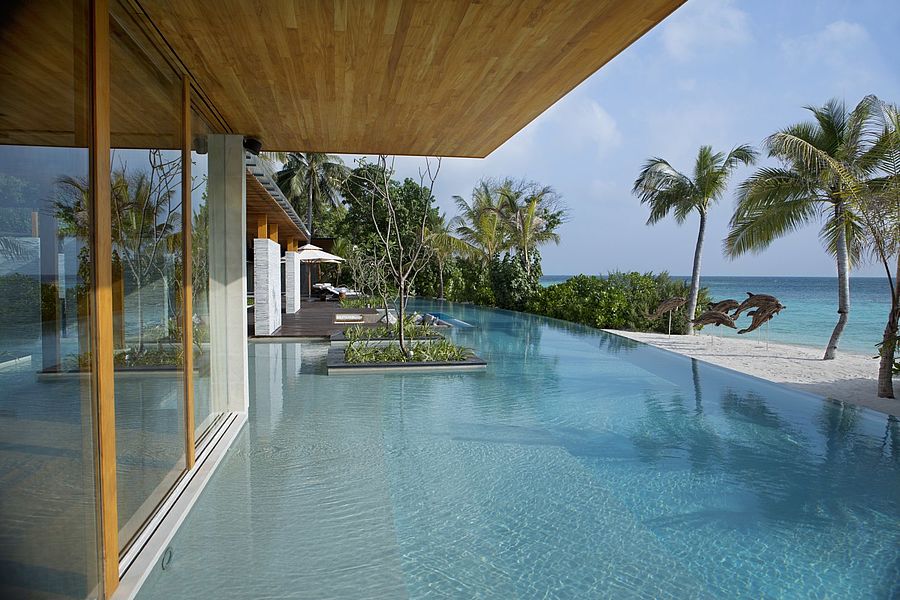 There are times when we feel that we have been rejected by employers or investments because of our gender, background and appearance. Ms Aminath Salah CEO of Voyages Maldives has proved otherwise, by becoming in charge of a company in an industry that is dominated by males. Her father was one of the founders of the company, due to which she gained interest for the industry from an early age. She has worked and received experience in all the departments of the company and dedicated her time and love for the company. After her Bachelor’s Degree, she worked as a Marketing executive and joined as a Marketing Manager after her Master’s Degree. After working in that position for some time, she finally became CEO of the company. Her visions for the company are still strong and ongoing. “Break gender stereotypes and excel at your own pace! Take the gender out of it and prove your worth. This goes to all young girls and boys who are dreaming of a career in this great industry of ours. Real change must begin by changing attitudes within ourselves. Often, it all boils down to confidence. What holds women back is not competence, which we usually have; but confidence, which we often lack. We tend to hold ourselves to an impossible standard of perfection. This needs to change. By changing the mindset and resetting the narrative”. That is her advice to the young generation who want to succeed in the industry. 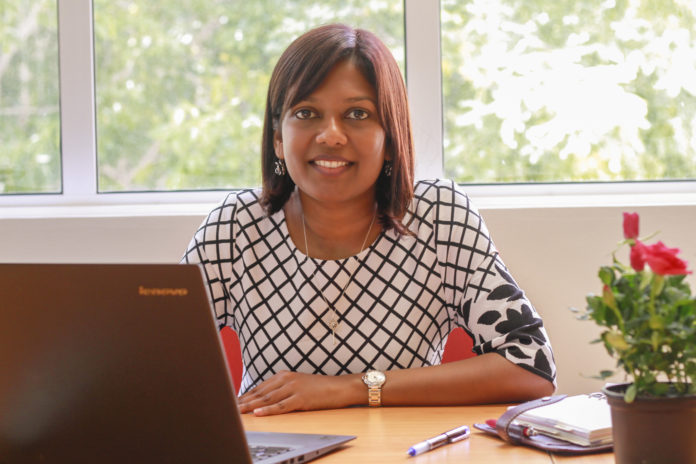 Another factor that could prevent us from working for success is low academic results or lack of interest in academics, which may lead us to think that we cannot succeed without us having the perfect results. Chairman of Islanders group, Mr Abdul Rasheed Ali thinks otherwise. “I have excelled in work rather than in education. I was never academic, but I made up for it with knowledge and expertise from the work I did. I had the desire to learn new things and to work in numerous different jobs.” Starting work at an early age in Maldives Shipping, he moved to Mumbai (then Bombay) as a finance worker in the company and met several movie stars. While helping one of the female stars to perform in Maldives the idea of starting his own business instead of working for other people came to him. He, later on, went to work in the Tourism industry and started his own waste management company. When he befriended an Australian, they formed Embudu Finolhu and ventured into the hospitality industry. Currently, Islanders Group is a huge company that is into industrial, education and real estate business. 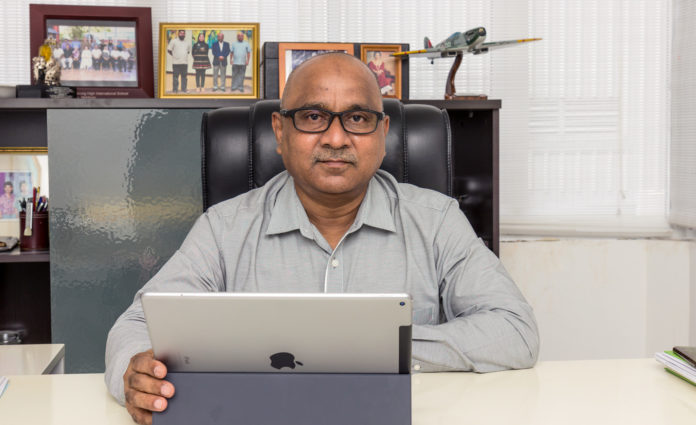 From the trials that have been faced and risky decisions that have been made by some of these directors, managers and founders, one thing is clear. Success doesn’t come without challenges and taking a certain amount of risk at some points is also necessary if we want to make our dreams a reality. So to all those people who aspire to do great things and become someone accomplished, put your best foot forward and embrace the challenges, don’t be afraid to do things differently and follow your instincts. It may take some time and dedication, but success could be yours one day.

To honour such success stories and to appreciate their to the Maldivian economy, Corporate is proud to host the GOLD 100 whereby we list the leading 100 companies of the Maldives. The companies will be announced at the GOLD 100 GALA which will be held in February 2018. CTL Strategies will be the advisory partner for GOLD 100.