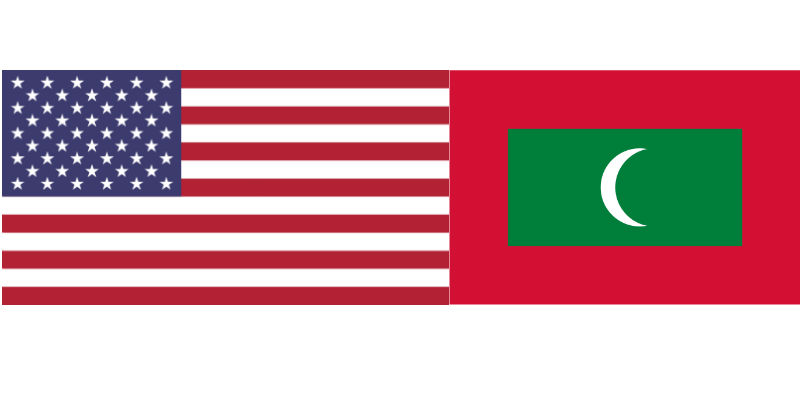 The US is concerned over the status of rule of law and democracy in Maldives, saying lack of higher educational opportunities and weak institutions contribute to the growth of Islamist extremism in the strategically situated country in the Indian Ocean.

The Maldives has been hit by political unrest since Mohamed Nasheed, the country’s first democratically elected leader, was ousted in 2012. Nasheed has accused President Abdulla Yameen of widespread corruption and gathering wealth through illegal means.

Describing Maldives as a strategically situated nation in Indian Ocean, which sits astride key shipping lanes, Acting Assistant Secretary of State for South and Central Asian Affairs Alice Wells has expressed concerns about the status of rule of law and democracy in the country.Maldives is a small, but strategically situated nation of some 1,000 coral islands spread across 35,000 square miles of the Indian Ocean. It sits astride key shipping lanes and counts India, Saudi Arabia, and China among its benefactors, Wells told a Congressional sub-committee in a written submission.

“We have real concerns about the status of rule of law and democracy in the country. Wells is scheduled to testify before the House Foreign Affairs Subcommittee on Asia and the Pacific on ‘Maintaining US Influence in South Asia: The FY 2018 Budget’.

“Lack of higher educational opportunities, high youth unemployment, rise of social media, and weak institutions all contribute to an environment in which Islamist violent extremism is on the rise,” she said.

“Our work with the government to combat violent extremism remains critically important, in a country with a grim distinction: per capita, it has produced more terrorists who have fought in Iraq and Syria than any other country in the world,” Wells said.

US has requested USD 440,000 in foreign assistance for Maldives which will continue limited support for maritime security cooperation.

“Maritime security is of great concern due to threats posed by narcotics trafficking, piracy in the Indian Ocean, and seaborne trade in illicit materials of potential use for terrorist activity. Maldives abuts the same sea lanes that pass by Sri Lanka and account for two-thirds of the world;s oil and half of its container shipments,” Wells said.