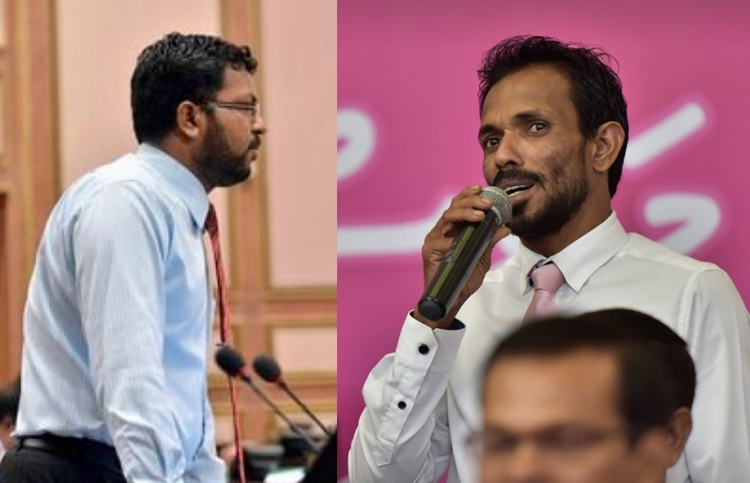 Two more lawmakers, Ihavandhoo MP Mohamed Abdulla and Hanimaadhoo MP Hussain Shahudy, have been disqualified from Parliament after ruling Progressive Party of Maldives (PPM) informed the Elections Commission that the two have been expelled from the party.

PPM’s secretary general Abdulla Khaleel announced late Tuesday that PPM had applied at the EC to remove the two lawmakers from the party’s registry after PPM concluded probes into disciplinary issues of Mohamed Abdulla and Hussain Shahudy.

The two lawmakers had originally run for Parliament with electoral tickets of now opposition Jumhoory Party.

The Supreme Court had issued a contentious ruling on floor-crossing last July, stating that any lawmakers that resigns or is expelled from the political party they were registered to at the time of election, or shifts to another party, will lose their seat in the parliament. The apex court later clarified its ruling and held that it cannot be applied retroactively.

The two MPs will officially lose their seats when the EC notifies the parliament. EC member Ahmed Akram stated that the commission has not made a decision on the two lawmakers yet.

The Political Parties Act states that no member can be retained in a party by coercion. Thus, the lawmakers in question would have no longer been PPM members once they submitted their resignations.