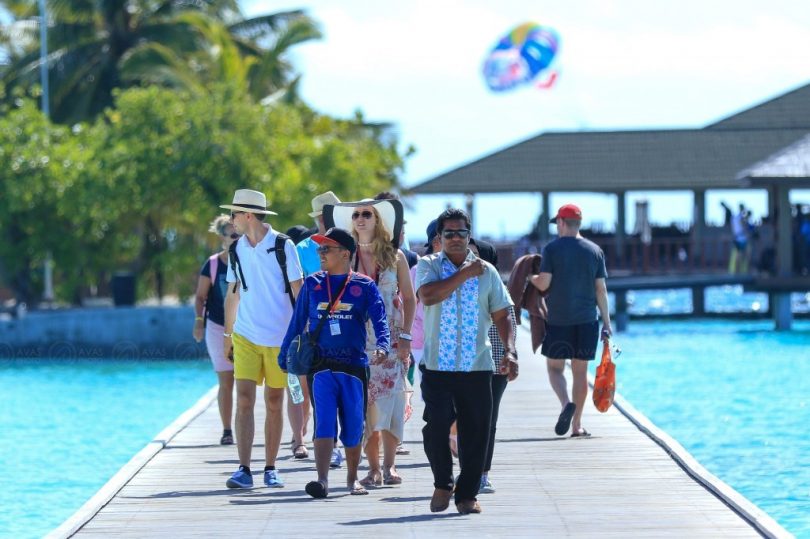 Tourist visitor figures of 2017 are expected to float 7% higher than last year’s total visitor count according to Tourism Ministry.

Minister of Tourism, Moosa Zameer claims the total tourist headcount will reach to 1.3 million before the end of 2017 which a 7% bump from last year’s figure.

Annual statistics printed from Tourism Ministry indicated a total of 1,286,135 visitors during last year’s entire run while back in 2015 Maldives was graced by 1,234,248 tourists. Similarly, the ministry estimates the total number of visitors during 2017 will reach 1,375,000.

Tourism Minister had furthermore highlighted the prime setback Velana International Airport (VIA) proving to be a limiting factor – due to its considerably insufficient size and accommodation compared against the visitor figures.

Zameer highlighted that while the international airport is going through a major ‘overhaul’ til the project is concluded VIA will attract around 1.4 to 1.5 million visitors as the maximum count.

According to Tourism Minister, the expansion of the international airport is compulsory with 20 new resort establishments opened in the past 2 years and 30 more expected to open in near future – in order to facilitate for the expected growth in tourist numbers.

Most of the travel agencies dealing with Maldivian hotels and resort outlets confirm the bed occupancy rate stands at 75-90 percent while guesthouses have an occupancy rate of 85-95 percent.