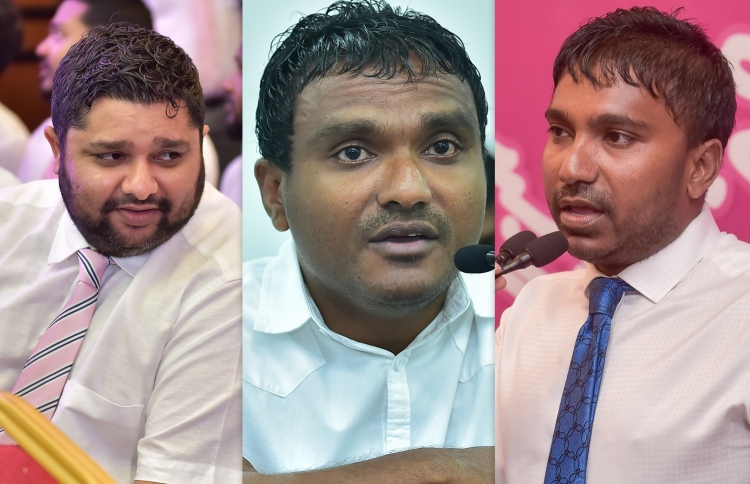 Three lawmakers formerly of ruling Progressive Party of Maldives (PPM), who was expelled from the parliament by the Elections Commission (EC), have appealed their disqualification to the Supreme Court.

An official from opposition Jumhoory Party revealed that the case was filed sometime on Sunday.

The Supreme Court in July issued a contentious ruling on floor-crossing, stating that any lawmaker that resigns or is expelled from the political party they were registered to at the time of the election, or shifts to another party, will lose their seat in the parliament. The apex court later clarified its ruling and held that it cannot be applied retroactively.

While the court ruling explicitly stated that it cannot be applied retroactively, the three former ruling party MPs claimed that they had filed letters at the party’s administrative office, requesting to be removed from PPM before the court ruling.

However, shortly after the letters were filed, PPM’s disciplinary committee began investigating the three MPs and subsequently informed the EC to remove them from the party’s registry.

Following EC’s removal of the three MPs from PPM, they were also informed of their disqualification from the parliament.

Late in November, EC had removed Ihavandhoo MP Mohamed Abdulla and Hanimaadhoo MP Hussain Shahudy from the parliament after PPM informed the EC that the two have been expelled from the party.